Amazon Echo Show 5 hands-on: Is it worth it?

Computer says no… Or is that Alexa? You can choose. 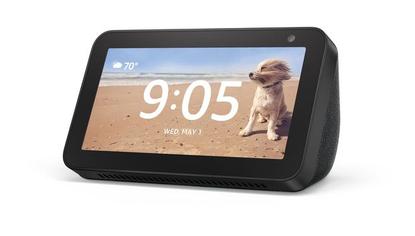 It’s been a little over a month since the launch of the Amazon Echo Show 5, the diminutive successor to 2017’s Echo Show. The new device features a 5.5-inch screen for all of your media needs, whether it’s the morning weather or your local news.

Amazon Australia were kind enough to provide PC World with a sample unit to mess with. However, as someone who has never used an Alexa device before, I found the initial setup to be slightly cumbersome.

Most of the settings can be entered into the device itself; however, halfway through setup, I was suddenly asked to download the Alexa app on my phone to finish up. Sure, the app was very user-friendly, but… why couldn’t all of the setup be on one device or the other? It just didn’t really make much sense to me.

Anyway, once I got it set up, I was quite impressed by the Echo Show 5’s speakers, particularly the bass. It was quite striking once you factor in the speaker's size.

It was almost too easy to link my Spotify account using the companion app on my phone; playing my own playlists was a piece of cake, but it seems as of yet that the app struggles to support the full array of podcast controls (i.e. forward/back 10 seconds). Maybe something for a future update.

The device also has access to the complete library of Alexa skills, both audio-only and those with video like Channel 7’s Sunrise. It’s quite obvious that the majority of skills are designed for other Echo devices lacking screens; in these instances, the skill’s title and icon is displayed on the screen instead. This isn’t really a weak point per se but video skills like WikiHow are where the Echo Show 5 really shines.

Here comes my least favourite part of the Echo Show 5. Even though the device’s interface is based on FireOS, a version of AndroidOS, the smart device currently lacks any sort of native access to YouTube due to Amazon’s feud with Google – which is such a shame, as it’s the perfect sized screen to wake up to some Vines.

Instead, YouTube videos are played through the device’s web browser, either Firefox or Amazon’s own. While it’s perfectly functional, it’s a little clunky, though this is apparently due to be resolved later in 2019 after Amazon and Google called a truce over the matter.

After a week of using the Echo Show 5, I can definitely say that it’s a contender for Best Bedside Paperweight I’ve Ever Had, but I really don’t see myself using it again - though that doesn’t mean that it’s without its merits. In my opinion, jamming out in my bedroom to old Disney songs has never sounded better from a smart home device.

I can say it’s not the smart home device for me personally but, assuming you can find a good use for the 5-inch display here, it might well fit perfectly within your increasingly intelligent home.

The Amazon Echo Show 5 is available now from Amazon (here) and JB Hi-Fi (here) for AU$129.