10th-gen CPU buyers guide: We ranked every new Intel laptop CPU for you 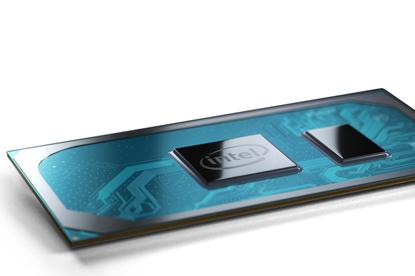 If your brain broke this morning when Intel announced its 10th-gen Comet Lake laptop CPUs, which will sell alongside its 10th-gen Ice Lake chips, we understand.

Among the two different manufacturing processes (one advanced and one very refined) as well as very different graphics cores, core counts and power levels, it’s confusing enough to make you want to switch to a Windows on ARM laptop (just kidding, we’re not that frustrated). Even Intel itself admits there “might be some confusion” between its different 10th-gen  CPUs.

Fortunately for you, we’ve combed through all of Intel’s newest 10th-gen laptop CPUs to try to find the strengths and weaknesses of the 19 different parts. Although we haven’t personally touched each different model integrated into a laptop, we’re comfortable with our performance forecast based on the fact that we’ve actually already run 10th-gen Ice Lake though its paces. As 10th-gen Comet Lake shares much in common with the 8th-gen Whiskey Lake U, we know what to expect there too.

But first, here are the details of Intel’s entire 10th-gen laptop CPU lineup to date:

Yup, that’s a lot of information as well as a lot of different options. If you’re the kind of consumer who doesn’t care about code names, manufacturing process, clock speed, core count or graphics execution units but you don’t want to make a buying mistake, we’ve translated the hellish Excel spreadsheet above into concrete use cases.

How to use our chart

On the far left are the individual model numbers of each new 10th-gen CPU. As you look across the table, you’ll see important performance criteria and how we’re rating each CPU model. As you move from left to right, ask yourself how important each criterion is for what you do or might do, and note how it balances against the other CPUs.

For example, if you want a CPU with good multi-core performance and with good gaming performance, plus you want the promise of new instructions that bring new performance down the road, the 10th-gen Ice Lake Core i7-1065G7 should be on your short list.

Remember that each of the ratings are against other 10th-gen CPUs, and not against desktop nor older CPUs or AMD CPUs. Our chart assumes you want to buy a 10th-gen Intel-based laptop, but you just don’t know which one to buy.

With the 10th-gen Ice Lake CPUs, Intel has added support for AVX512 instructions, which can speed up deep learning and AI functionality. This can manifest in photo applications that can detect faces faster and with more accuracy. We call features like AVX512 “future proof,” because the truth is the vast majority of applications today don’t use the new instructions. If you buy into the new feature, it’ll likely take months if not years for them to be used. Is it worth it? One example of “future proofing” was the SSE support in the Pentium III. It offered minimal practical benefits when launched in 1999 but rapidly became worth its weight in gold once MP3 encoders supported it. With 10th gen, only the 10nm-based Ice Lake CPUs have AVX512.

Quick Sync is specialized video encoding hardware in Intel CPUs with integrated graphics support. The 10th-gen Ice Lake features Intel’s newest encoding engine, which can be dramatically faster especially with newer HEVC/H.265 CODECs. Applications will need to be updated to support the faster performance. If video conversion using the newest formats is important to you, the 10th-gen Ice Lake should rank higher.

More cores are generally going to be better for most advanced content creation chores such as video editing, 3D modelling, or advanced photo tools that support the additional cores. You might also want to look to multi-core performance CPUs if you like to run multiple apps that are CPU-intensive at the same time. A CPU with more cores tends to outperform one with fewer cores when multi-tasking heavily, so look to the CPU with the most cores for that job. In this case, it’s the Core i7-10710U.

However, if your idea of multi-tasking is having Chrome open alongside Outlook, Word, and Excel, then a quad-core or even dual-core would likely be perfectly fine, as long as it’s paired with enough RAM and an SSD.

Most applications, even new ones, usually don’t take advantage of multi-core CPUs. These apps instead tend to get more performance from just a core or two running at very high clock speeds or with greater efficiency. Yes, Megahertz still matters. For this category, we rate the CPUs with the highest clock speeds, and the capability to actually hold them at the top. In this case, the 10th-gen Comet Lake CPUs that can hit 4.9GHz and 4.7GHz are likely to outpace the 10th-gen Ice Lake chips by a step or two.

Lower clock speeds, however, can be mitigated by using each megahertz more efficiently. Ice Lake CPUs will actually perform quite well too.

The slowest performance will be in Core i3 laptops, which are intentionally limited in clock speed, and in the low-voltage, power-efficient versions of Ice Lake and Comet Lake. Although we rate these as “fair” for single-core workloads, don’t interpret that as poor performance.

Our last category is how we’d rate each CPU model based on battery life. We say this with the caution that battery life of a laptop is a recipe based on each individual laptop design including the screen quality and type, the screen resolution, the battery size, and the tuning by the laptop vendor. Still, the CPUs we rate as the best are the ones intentionally tuned to lower power consumption. For 10th-gen Comet Lake, it’s the Y series of CPUs and the power-sipping dual-core 10th-gen Ice Lake CPUs.