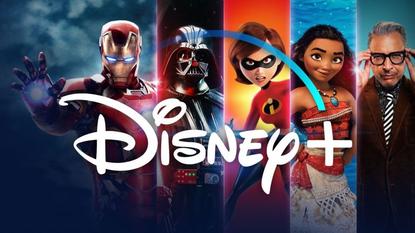 Thinking of subscribing to Disney+ in Australia? Here are some things you should know before you sign up.

What does Disney+ have that Netflix doesn’t?

The biggest thing that Disney+ has on its side is nostalgia.

For most mainstream cinema-goers and with their acquisition of 20th Century Fox, Disney now own what might be the largest catalog of beloved IP and classic films on the planet.

At launch, Disney have something like 700 titles on their streaming service. Netflix, on the other hand, has about 47,000 episodes of TV and about 4000 movies, though that number is more of a ballpark. The actual amount of content on Netflix varies by region and month-to-month, as things come and go from the service all the time.

Disney+ also include 4K and HDR content as part of its single-tiered subscription price and their app supports extras and special features like deleted scenes and gag reels for content - which Netflix doesn’t.

For more information about Disney+ and Netflix, check out our guide to Australian streaming service here.

What does Netflix have that Disney+ doesn’t?

Apart from hot new original series like Stranger Things, the biggest advantage that Netflix has over its latest rival is their app.

It’s easy to forget but Netflix was originally a technology company before it was an entertainment one and their streaming app are still the gold standard as far as this kind of consumer experience is concerned. It’s got all the features you’d want plus plenty you wouldn't have thought of yet.

In contrast, Disney+‘s app has a number of functionality blind spots. For example, it doesn’t yet feature a resume watching button or the ability to skip the credits on a show.

How much does it cost to subscribe to Disney+?

This puts it towards the lower end of the streaming service price spectrum. Month to month, it costs less than Netflix, Stan, Ten AllAccess and Foxtel Now. It costs more than Amazon Prime Video, Apple TV or Hayu.

You can sign up for a 7-day free trial of Disney+ by clicking here.

What doesn’t Disney+ have?

If you’re buying into Disney+ on the promise of getting access to everything under the Disney umbrella, which now includes 20th Century Fox, there's a small chance you might be a little disappointed by what Disney+ delivers.

Just because Disney "owns" the rights to a thing doesn't necessarily mean you're going to find it on Disney+. You get a lot for you $8.99/month but you don’t get everything in the way you might expect.

In Australia specifically, there are also some odd rights issues in play that mean you won’t get the same Disney+ experience as subscribers in the states. The first 29 seasons of The Simpsons are on Disney+ but the more recent season isn't.

This situation will probably change over time but right now it does detract from the “have it all” attitude attached to Disney’s streaming service. Unless you do your research first, you might not know whether the thing you’re excited to watch on the service is available until after you subscribe - which sucks.

Things that you won’t find on Disney+ (in Australia) include: