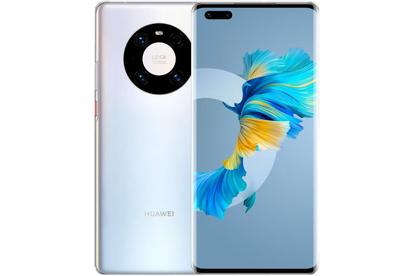 Huawei says its Mate 40 Pro is its greenest smartphone yet. And it’s now available in Australia.

Announced at a global event last month,  the Mate 40 Pro includes a 28 per cent reduction in plastic packaging and an 83 per cent reduction in paper documentation. In Europe, the company introduced a digital warranty card that allows users to easily access their documents with a scanable QR code on the device, or simply by downloading it from Huawei’s website.

Huawei used 100 per cent decomposable soy-bean ink in its packaging in place of petroleum-based ink. This reduces the production of harmful carcinogens and VOCs.

Through a series of green initiatives that have been implemented since 2013, Huawei has taken significant steps to help create a greener future. By using bioplastics extensively, the company is helping to reduce pollution and the negative environmental impact of manufacturing petroleum-based plastics.

More than 30 per cent of the bioplastics used come from environmentally friendly castor oil, which reduces carbon dioxide emissions by 62.6 per cent. Energy efficiency between 2015 and 2019 increased by 50 per cent across all Huawei products, and by using solar power, Huawei reduced carbon emissions by 80,740 tonnes.

Huawei also contributes to the circular economy and, in 2019, recycled 1330 tonnes of waste electronics and, this year, is on track to recycle more than 2720 tonnes. Huawei also reused 86 per cent of devices returned for recycling in 2019, while it repaired and rehomed more than 500,000 phones since 2015 through its trade-in service.

The green credentials add to the appeal of a phone that has been critically well-received.  The Huawei Mate 40 Pro incorporates the world’s first 5 nanometer 5G SoC, an Ultra Vision Cine Camera system and the Space Ring Design.

Fully equipped for 5G, the Mate 40 Pro is powered by the Kirin 9000 series, while the most sophisticated 5nm 5G SoC delivers improvements in performance and power efficiency. The  smartphone also sports the fastest iteration of HUAWEI SuperCharge, enhanced graphics and dual stereo speakers for an immersive audio-visual experience.

The Mate 40 Pro was awarded the highest smartphone camera rating ever by DXOMARK, the leading source of independent display and image quality measurements and ratings for smartphone, camera and lens.

Co-engineered with Leica, the camera system on the device has upgrades to the ultra-wide angle lens,  high-definition main camera, telephoto camera and more.

With the Dual Cine Cameras and Dual Ultra Wide Cameras the Mate 40 Pro means users can capture wide angle videos and images from both the front-and rear-facing cameras. It also features a Periscope Telephoto Camera to support 10x hybrid zoom and 50x digital zoom, while the Ultra Wide Cine Camera now offers an even wider field of view. The Ultra Vision Selfie Camera takes selfies and videos to new heights with support for 4K capture and the option to shoot in one of three available fields of view, ranging from up close and personal to ultra-wide.

The nova 7i is a smart device at an affordable price point for younger consumers.

It has a Punch FullView Display with a screen-to-body ratio of 90.6 per cent. The quad-camera system includes a 48MP Main Camera and 8MP Ultra Wide-Angle Lens along with a Bokeh Lens. Powered by the Kirin 810, the nova 7i delivers excellent performance and power efficiency. The device has a high-capacity 4200mAh battery and can be charged to 70 per cent in just 30 minutes.

RRP: Huawei nova 7i  –  $499.  Available from available from the afore-mentioned  Authorised Experience Stores plus Mobileciti, The Good Guys and Amazon.