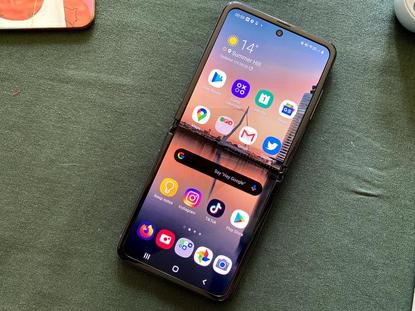 Samsung's second stab at a foldable smartphone is significantly cheaper as part of this year's Black Friday deals.

Rather than the usual $2199, the 4G version of the Galaxy Z Flip can be nabbed via Samsung's own online store for a thrifty $999. That number goes down even further if you have an eligible Samsung device to trade in.

In our review of the Samsung Galaxy Z Flip, we noted that "Early foldable devices like the Fold and the Z Flip make a great argument for why foldable screens and the form-factors they enable are cool but they struggle to convey a rationale for why they’re worth the trouble - let alone the money."

"At a starting price of AU$2199, there are still too many compromises and risks involved to make buying a Z Flip a better proposition than buying the best non-foldable phones available that Samsung, Oppo or Apple can muster. It’s one thing to add flexibility and subtract fidelity when it comes to the screen on your smartphone but that’s only one of half-dozen caveats here."

At less than half the launch price, that verdict begins to shift pretty quickly. The first-gen Z Flip has shortcomings to be sure. But at $999, things like a lack of 5G and a better rear camera system become easier to tolerate.

Click here to take advantage of the deal while it lasts.