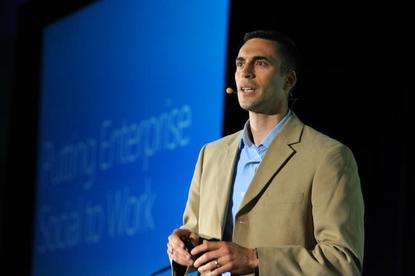 Microsoft has attempted to defuse consumer worries that it might be spying on customers via a tool known as the Microsoft Productivity Score by removing individual names from the tool, the company has revealed.

For years, Microsoft has built analytics into Office suite, including a tool called MyAnalytics for evaluating your own productivity, and more groups-focused analytics tools in Outlook that measured how well the group collaborated, for example.

An offshoot of that service, known as the Microsoft Productivity Score, measured how well those enterprise workers were using the various features of Office 365.

Those insights, however, were tied to individual names of workers. The combination of the term “productivity score” and individual names prompted some to wonder if this was some form of surveillance tool for workers to spy on their employees.

In response, Microsoft has made some changes. First, the company said that it’s removing individual user names from the tool.

“Going forward, the communications, meetings, content collaboration, teamwork, and mobility measures in Productivity Score will only aggregate data at the organisation level—providing a clear measure of organization-level adoption of key features,” Jared Spataro, the corporate vice president for Microsoft 365, wrote in a blog post. “No one in the organisation will be able to use Productivity Score to access data about how an individual user is using apps and services in Microsoft 365.”

Second, Spataro said that the UI of the Productivity Score would be updated to note that it represents an organisational adoption of technology, not individual user behaviour.

The remaining three measures in the product— Microsoft 365 App health, network connectivity, and endpoint analytics—don’t include user names, Spataro noted. You can read more about the Productivity Score on Microsoft’s site documentation.

Spataro said that Microsoft had no intention of distressing employees. “We always strive to get the balance right, but if and when we miss, we will listen carefully and make appropriate adjustments,” he wrote.