This cheap home theatre projector is an absolute bargain Acer’s relatively cheap H9500BD was a surprise. We were expecting a same-y, not-too-bad home theatre projector but the quality of its 2D and 3D video was very impressive given the low retail price.

The Acer H9500BD is one of the more affordable Full HD 3D home theatre projectors on the market, but that doesn’t stop it from packing in a comprehensive suite of features and displaying surprisingly vivid, bright and detailed picture quality. We think it’s an absolute bargain.

The H9500BD looks just like any other home theatre projector: it’s a long, low-profile rectangular box finished in glossy white and silver plastic. The projector’s lens is offset to the far right, so it won’t be compatible with already-installed ceiling mounts designed for projectors with centre-mounted lenses.

Strangely enough, the Acer H9500BD ships with the lens cap attached to the projector with a short cord, to keep it nearby at all times — this is fine for a portable projector, but we don’t see the lens cap being much use once the projector has been installed so it’s a little redundant. Manual horizontal and vertical lens shifting dials are on the H9500BD’s right flank. The left side has a door to access the projector’s fan dust filter for cleaning.

The projector’s lens is a 1.5x zoom unit. This does limit placement options slightly compared to a 2.0x lens. The H9500BD can display an image from 20in (50cm) to 300in (762cm) in size, with projection distances of 1.0m to 10m. This means you’ll need a 4.0m projection distance to get the common 100in screen size — this projector is definitely geared towards larger living spaces.

The back of the Acer H9500BD is where all the action happens: there are two HDMI inputs, as well as two VGA and a single DVI input. One VGA is shared with component, composite and S-Video ports, and there’s also a single VGA output for connecting an external monitor or second projector. As well as USB control there’s an RS-232 serial port for home automation and a DC trigger to activate a powered projector screen.

The projector ships with a backlit RF remote control, but the button cluster on top of the projector is equally useful. As well as a five-way navigational pad there’s a power button, adjustment grid, source and sync buttons — all useful during the projector’s initial setup. The menus of the H9500BD are clearly laid out and easy to navigate, with most menu options clearly and correctly labelled without any marketing terms or confusing language.

The Acer H9500BD is a Full HD 1080p home theatre projector, and can display 3D through the pair of active shutter 3D glasses that are included in the retail package. It can also convert 2D content into faux-3D. Its 50000:1 contrast ratio is around the average for consumer-grade home theatre projectors, while its 2000 ANSI lumen brightness rating — from the 280W, 2000-hour lamp — is on the higher end of average.

We immediately switched through the image presets when first setting the Acer H9500BD up, and quickly settled on Dark Cinema — it has the lowest brightness so isn’t appropriate in daytime or well-lit settings, but it’s got the most accurate colour settings of any of the presets. We found its default brightness settings in the full-power lamp mode to be appropriate for a dimly-lit room.

If you’re willing to spend a few minutes adjusting the H9500BD’s settings, it’s possible to get a better picture that flatters Blu-ray and other high quality video content. We lowered sharpness somewhat and eased off on the contrast to bring more detail into dark areas of video. This is all that the Acer H9500BD needs to look great — if you’re going to be watching Blu-ray movies exclusively we’d cut out the motion smoothing AcuMotion setting.

This is a projector which definitely produces a better picture than its $2299 asking price suggests. In the slightly-tweaked Dark Cinema preset in a dim room on a 100in screen, colours are almost perfectly saturated and there is an immense amount of detail visible in both bright and dark areas — this is thanks to a dynamic iris setting that works exceptionally well in real-world testing, doing an excellent job of optimising screen brightness to suit whatever content is playing while being largely undetectable. 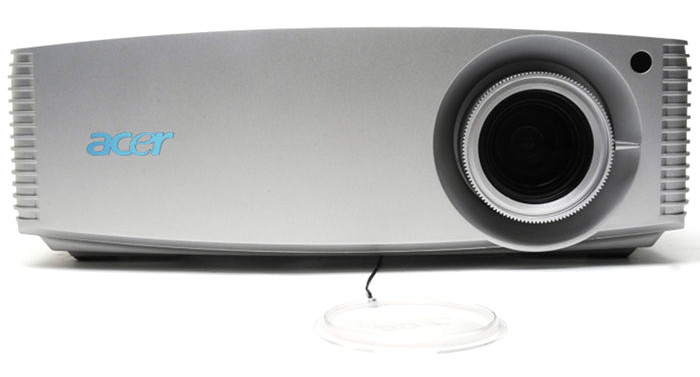 One thing to note is that there aren’t many professional-level calibration settings, and there’s only a single unified User setting for custom settings. This will be an annoying impediment for anyone who wants to have a bright User 1 setting and a dark User 2 setting — one for daytime TV and the other for night-time movies, for example.

Black levels are on par with other high-end home theatre projectors we’ve tested, namely the Panasonic AE7000 and BenQ W7000. In a dim room it’s hard to distinguish the H9500BD’s black image areas from the surface it’s being projected onto. The image produced by the Acer H9500BD has a three-dimensional nature to it that really pops.

3D footage also looks very impressive. We generally like passive 3D more than active 3D when it comes to LCD and plasma TVs, but the Acer H9500BD defied our expectations by remaining entirely cross-talk-free in our viewing of Cloudy With A Chance Of Meatballs 3D, Avatar 3D and Ocean Wonderland 3D. We suspect this is because the H9500BD uses DLP Link rather than infrared or Bluetooth to sync up 3D glasses. 3D looks great at larger screen sizes when you’re watching from up close, and there’s plenty of extra depth versus non-3D viewing.

If you do want to use it, the AcuMotion frame interpolation setting of the Acer H9500BD is well suited to watching TV. It’s a little too smooth to add value to Blu-ray watching, but it’s a godsend for watching sport on a large projected screen. It’s also great with fast-paced games; we gave it a run with DiRT 3 on Xbox 360 and it handled motion near-perfectly. When it’s switched on, fast-moving video is well handled and there’s little to no evidence of jitter — when it does appear, it’s when fast-moving objects move against a static background on-screen, and even then it’s only noticeable on the edge of the frame.

The Acer H9500BD is nearly perfect for a home theatre projector in this price range. It’s not quite as flexible as we would have liked — an additional bit of zoom range would be nice, but an extra User custom setting mode would be a god-send — but its picture quality is very, very impressive given its $2299 recommended retail price. It competes neck-and-neck with the two $4000+ models we mentioned earlier. 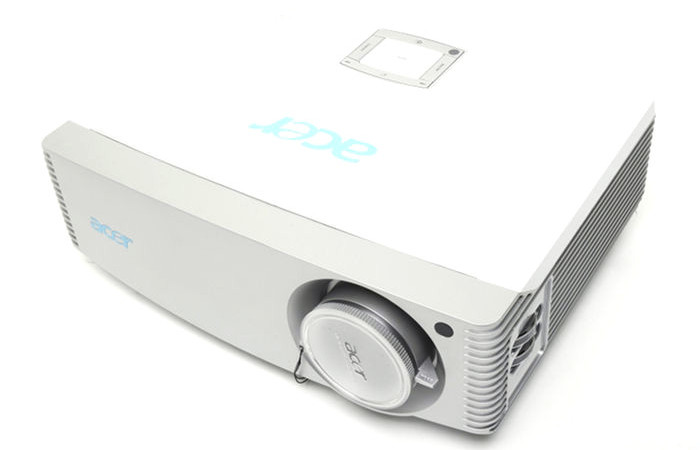 Think about it this way — the Acer H9500BD is roughly the price of a mid-range 50in LED or plasma TV. If you’ve got space to install a screen and projector mount, the H9500BD will produce a bigger picture that’s better looking. If you’re going to be watching a lot of movies or if you are prepared to make a small usability sacrifice for more impressive visuals, the Acer H9500BD is seriously good value.