Don't let the Acer Iconia Tab A200's budget price fool you. For less than it's $350 asking price you'll get an Android tablet that does what most other Android tablets will. The dull screen and relatively small hard drive are downsides, but considering the price tag, these are both faults we can live with.

Acer is attempting to use price as its major drawcard for its latest Android tablet, the Iconia Tab A200. Retailing for what the company describes as a "very affordable price" of $349, the 10.1in Iconia Tab A200 is significantly cheaper than most of its rivals, making it good value for money in an otherwise overpriced category.

The Iconia Tab A200 is effectively a cheaper version of the Iconia Tab A500, Acer's first Android tablet. If you place the two tablets side-by-side, however, you'd be hard pressed to tell which one is the inexpensive model. The Iconia Tab A200 has a cleaner looking and more elegant feel than its industrial looking predecessor. The rounded edges, well placed buttons and smooth angles aid its visual appeal, while the soft feeling plastic on the back makes it comfortable to hold. Unfortunately, the excellent materials and build quality are compromised by a hefty weight — at 700g, the Iconia Tab A200 is one of the heavier Android tablets on the market. 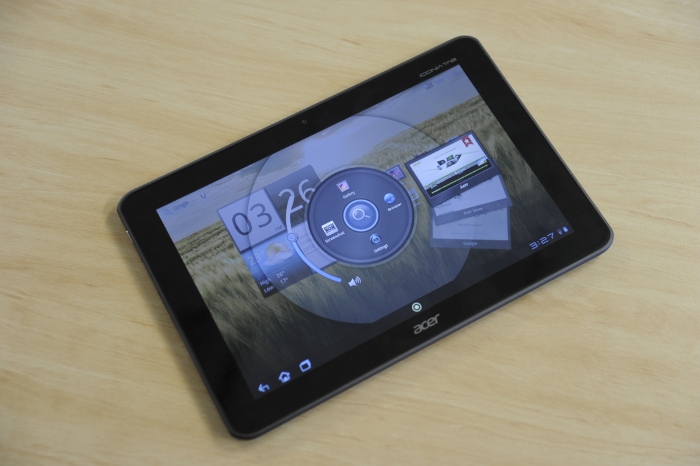 On the left side of the Acer Iconia Tab A200 you'll find a power button, a micro-USB port for connecting the device to a PC or Mac, a standard headphone jack and a full-sized USB port. There's also a microSD card slot and a reset button, but these are hidden by an incredibly difficult to remove plastic cover, without a doubt the most questionable design decision on Acer's part. A volume button and screen rotation lock slider are on top and a port to charge the tablet is on the right side. Small but nifty touches — such as the tiny LED indicator on the power button and the raised indents on the volume button — add positives to the overall user experience.

The Acer Iconia A200 has a 10.1 capacitive LCD touchscreen with a resolution of 1280x800. The screen is relatively responsive and clear, but it has extremely poor viewing angles. Sunlight legibility is also an issue as we found it difficult to read the screen outdoors. The Iconia A200 also lacks the vivid brightness of many competitors, such as the AMOLED screen of the Samsung Galaxy Tab 10.1, for example. 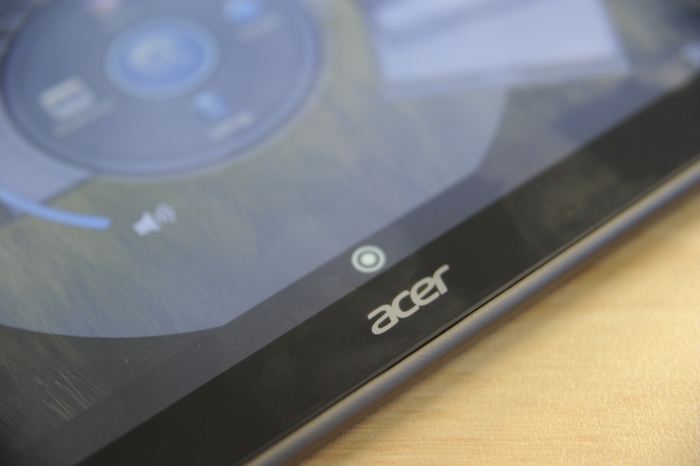