Call of Duty: Ghosts (Xbox One)

The latest instalment in the Call of Duty franchise isn't very silent, but it's just as deadly 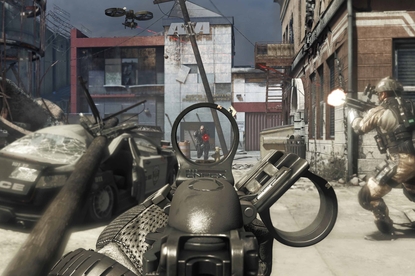 The single player campaign in Call of Duty: Ghosts does not do anything radically different from its predecessor, almost to a fault. Even so, it delivers enough action and excitement in multiplayer mode to keep you entertained.

This year’s Call of Duty is neither a return to Vietnam with the Black Ops series, nor a return to the fierce battlegrounds of Modern Warfare. It is also not a return to the World War II setting initially popularised by the series. Instead, Call of Duty: Ghosts attempts to take the first person shooter series in a new direction.

Call of Duty: Ghosts is similar to the Modern Warfare games in that it is features a modern day setting. The story revolves around a group known as the Federation, who carry out a terrorist attack that lead to it becoming a global superpower. To deal with this growing threat, an elite team of warriors known as the Ghosts, which you are a member of, are sent in to deal with the Federation before things deteriorate further.

The Call of Duty series carved out a sizable place for itself in the video game space by featuring frantic first person shooter action infused with impressive set pieces populated by over-the-top activity and pyrotechnics. Through this recipe, every new title in the series has attempted to be more epic and bombastic than the last, and Call of Duty: Ghosts tries to raise the notch further.

The new addition to this year’s instalment is Riley the attack dog. Past Call of Duty games have attempted to break up the on-field combat with bombing runs with planes, but in this game you take control of an attack dog and sneak through battlefields in lieu of engaging in a direct fire fight.

There is a tendency for side quests such as this to be tedious in some games, but Call of Duty: Ghosts manages to get it right by ensuring that the sneaking missions do not drag on for too long. In addition to ensuring that Riley can be controlled with relative ease, significant effort has been put into animating the dog to make it look and feel more like an animal and less as an animatronic.

More of the same

From technical standpoint, Call of Duty: Ghosts is a solid game featuring impressive graphics and audio that the series is renowned for. Levels are packed with detail and activity, and the entire experience runs at a smooth frame rate on Xbox One.

Compared to last year’s Call of Duty: Black Ops II for the Xbox 360, Call of Duty: Ghosts on Xbox One comes with a significant improvement in the geometry, textures and character models. However, the downside is that the game is only rendered at 720p, so it doesn’t quite have the visual crispness that can be found in the PC and PlayStation 4 editions running at 1080p.

The last few Call of Duty games may have upped the ante when it comes to environments and gunplay, but somewhere along the line storytelling and characterisation were left behind. After completing the single-player campaign of Call of Duty: Ghosts, we only had the faintest idea of what had transpired during the story and who the main characters were.

Call of Duty: Ghosts contains exposition in the form of cut scenes between missions, and chatter during gameplay, but it often descends into one sided conversations laden with military terminology and code words. Not only does this make it difficult to understand what’s going on, but you end up not caring for the characters and the narrative.

This is not an issue limited to Call of Duty: Ghosts, but is levelled at the entire series. At least with the World War II games, there was historical context behind the settings and the factions you played as, but fictional settings such as here and in Battlefield 4 do not have this type of backdrop.

As a result, the single-player campaign may end up being disposable for most players, which has often been the case for past games in the series. Fortunately, Call of Duty: Ghosts comes with a robust multiplayer mode that will provide hours of enjoyment against other online players.