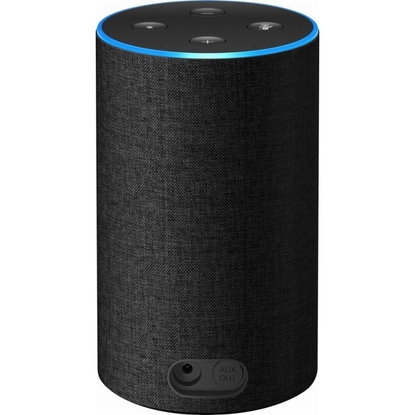 If you’re more smart-home savvy, invested in Amazon’s video and music streaming ecosystem or turned-off by the look of the Google Home, this might well be the smart speaker for you.

As a tech journalist, the long-overdue arrival of Amazon’s Alexa smart assistant and Echo smart speakers to Australian households is proving absolutely fascinating to watch unfold for a whole bunch of compelling reasons. Chief among them is the role reversal between Amazon and Google.

In overseas markets, Amazon’s Echo is basically the gold standard and market leader when it comes to the smart speaker category. In a lot of places, they are “the smart speaker company” in the same way that Sonos is “the wireless speaker company” or DJI is “the drone company.” They capitalized on the latent potential of the technology here and so successfully captured the market for it that the idea of someone actually mounting a significant challenge to that dominance sounds kinda crazy.

[Related: Which 2018 Smart Speaker Should I Buy]

[Related: Hands On: Pitting the Apple HomePod against the Sonos One]

[Related: Anything You Can Do, I Can Do Better: Comparing Amazon's Alexa to The Google Assistant]

Of course, in Australia, Google got here first - and that detail might change everything.

This time, Amazon are the outsider. Six months might not sound like that much of a headstart for Google but the search-engine have gone all-out during that time to try and cement the perception that the Google Home is the default smart speaker.

So, as anticipated as the arrival of the Amazon Echo, Echo Plus and Echo Dot might be - you have to ask what they have to offer a market that seems to have embraced Google’s product in droves over the Christmas break.

In terms of design, the standard Amazon Echo is a pretty unassuming creature. Like the Google Home or something like the Bang & Olufsen M3, it’s a fabric-coated 360-degree speaker. with little to say for itself. Outside of the LED-lit ring at the top of the unit, that is.

Overall, it’s nice enough to look at - if a little bland. Most of the time, it just looks like a nice speaker with a glowy blue crown that lights up when Alexa hears her name. Upon that crown, there are a few familiar buttons: mute, listen and toggles for volume. Otherwise, there’s not a huge amount to say about the external design of the Echo.

In fact, if anything, the most interesting thing about the regular Echo is the way that it utilizes plain aesthetics to appeal to a different kind of customer than the rest of the Echo range. The variations in material design and build-quality here are basically being leveraged by Amazon to speak to different markets and use-cases in a way that’s subtly different from the simple two-speaker roster that Google are rocking at the moment.

Your mileage may vary - but I feel that the overarching aesthetic here comes together comes together just that little bit cleaner than the regular Google Home manages. Unfortunately, less can be said about the software side of the Amazon Echo experience. During our time with it, the Alexa app was slow to load, convoluted and often outright unresponsive.

Likewise, setting up the Amazon Echo was a bit of a pain. At least, initially. Physically plugging the unit in was easy enough. However, getting it to connect to the Alexa app itself proved frustratingly finicky. The setup process failed on three or four separate occasions before we were finally able to connect to a Wi-Fi network and get my smart house in order.

In addition, I also encountered a few hassles with my Amazon account. As I originally created my account to access the US Kindle store, I had to go into my account settings panel and move all my content over to Amazon’s new Australian storefront in order to get the full Australian Alexa experience and actually give my Echo any locally-developed Alexa Skills.

It’s worth noting that, if you only created an Amazon account recently, you might not have any problems here. However, if you’ve ordered from the Amazon’s US site before, you might have to go through the same process. Simply put, your mileage may vary here.