Apple iPad 2 review: The iPad 2 is faster, thinner and lighter than its predecessor and now has dual cameras, but flaws remain 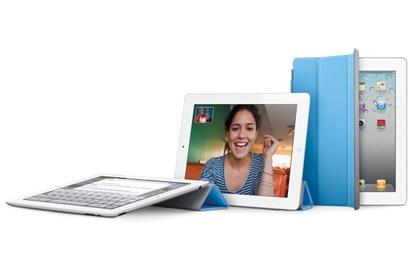 The iPad 2 is faster, thinner and lighter than its predecessor, but it inherits most of the original models flaws. If you liked the original iPad, you'll love the iPad 2, but for current iPad owners the second generation iPad isn't a necessary upgrade, and it has poor quality cameras.

Apple's iPad 2 tablet is finally here. A successor to the original iPad, which created a completely new category of devices and sold almost 15 million units worldwide, the iPad 2 is faster, thinner and lighter than its predecessor and now has dual cameras. If you liked the original iPad, you'll love the iPad 2, but for current iPad owners the second generation iPad isn't a necessary upgrade.

Read our comprehensive iPad 2 resource centre for all you need to know including pricing, availability, and competitors.

The Apple iPad 2 is thinner and lighter than the original model. Apple says its 8.8mm width makes it 33 per cent thinner than the first iPad, and the 613g weight makes it 15 per cent lighter than its predecessor. The new size and weight makes the iPad 2 much more comfortable to hold and carry around, and it feels incredibly well constructed. The iPad 2 is now available in black and white models — three with Wi-Fi and another three with Wi-Fi and 3G connectivity. Both Wi-Fi and Wi-Fi+3G models of the iPad 2 are available in 16GB, 32GB and 64GB versions.

The iPad 2 features the original model's same, single-button front fascia and a similar brushed metal rear, but the back is now flatter so it sits stable when placed on a desk or table. The edges of the iPad 2 curve as they meet the front edge of the device. The speaker grille on the back of the iPad 2 is larger than the original iPad's, but sound quality is similar.

The iPad 2's screen is identical to the original model. It sports a 9.7in IPS display with a resolution of 1024x768. Though the iPad 2 screen is no slouch, and still looks good, we would have appreciated a slight upgrade here. The iPad 2 display is also very difficult to see in direct sunlight, which is an issue on a device that has been designed for portability and travel.

If you have used the original iPad, the iPad 2 isn't much different: it still runs Apple's iOS4 operating system, offers a familiar swipeable home screen enhanced by folders, and has a consistent Apple UI look and feel extending across all of the standard applications. The iPad 2 also benefits from a well-populated App Store, and has excellent multimedia capabilities — it is a great device for viewing photos, watching videos and listening to music.

The biggest change from a usability perspective is speed — the iPad 2 feels much snappier when conducting even basic operations than the original model. The driving force behind this speed increase is a new Apple-designed dual-core processor called the A5, and a RAM increase from 256MB to 512MB. Apple claims the A5 processor doubles the speed of the iPad 2 and makes graphics processing up to nine times faster. During our testing, opening and closing apps, switching between running apps, sending an e-mail and using the Safari Web browser all occurred noticeably swifter than on the original iPad.

Though the iPad 2 remains the slickest and easiest tablet to use on the market, Apple's closed platform means it doesn't offer much flexibility. There remains no easy way of storing files on the iPad 2, the intrusive notifications pop-ups are annoying and clunky, and there is no SD card reader (unless you purchase an optional dongle). There also remains no way to view Flash videos through the browser.

Along with its revamped design, the Apple iPad 2 now comes with two cameras: One on the front of the tablet, the other rear-facing. The rear camera records 720p HD video, and takes still photographs, but both cameras have low specifications — the front camera is VGA, while the rear camera is just 0.7 megapixels. Unsurprisingly, both cameras take poor quality still photographs, and while video quality through the rear camera is passable, it still lacks the vibrancy and quality that you should expect from a device in this price range. The best use of both cameras Apple's FaceTime video chat application, which debuted on the iPhone 4 but even then, the front camera is grainy and lacklustre.

The iPad 2 is capable of 1080p Full HD HDMI output, but only if you purchase an optional Apple digital AV adapter that plugs into the standard Apple dock connector, and then into a television or monitor. Incidentally, the new digital AV adapter also works with the original iPad, though it outputs in 720p rather than the 1080p the iPad 2 is capable of.

Apple has also released a new cover for the iPad 2 called the 'Smart Cover'. Described by Steve Jobs as "not a case," the Smart Cover has a magnetic flap that clips onto the side of the iPad 2, and automatically wakes and puts the iPad 2 to sleep depending on whether it is open or closed. It also folds into a stand, and comes in 10 colours, including five in Italian leather. It is a handy accessory and the magnets are a typical example of Apple thinking outside the box, but the Smart Cover is overpriced, and doesn't protect the back of the iPad 2.

The iPad 2 has the same impressive 10-hour battery life as the original iPad, but we were able to achieve almost 11 hours in many instances, depending on the applications we used.

The Apple iPad 2 is priced as follows: