An iPhone seven years in the making 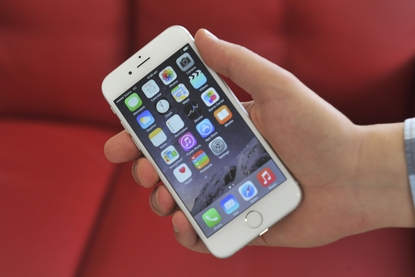 Apple's iPhone 6 has one of the best displays in a smartphone, enriched by its aesthetic iOS software and a proficient camera that is fun to use. It feels like a smartphone seven years in the making, now more-so than ever following a growth spurt and a subtle redesign. Finally, it is the iPhone fans have long wanted.

Rivals usurping market share have pushed Apple to dig deep and do something it's only done once in seven years: increase the size of its iPhone's screen. Even with the face lift, the iPhone introduces nothing new to the smartphone market and little else to Apple's existing users. And it doesn't matter.

Forget about finding middle-ground when it comes to the design of Apple’s iPhone 6: people will either hate it or love it.

The iPhone 6 makes the 5S look puny by standing 15mm taller and 8mm wider. Apple has laboured to keep it comfortable by slimming its thickness to 7mm and by curving its aluminium corners. The result is what you would expect if someone picked up a rolling pin and went to town on a 5S.

Charm is sourced from the use of premium materials and the craftsmanship behind its assembly. The back is made from aluminium, save for plastic-composite insets at the top and bottom. Even the Apple badge, which works as an integral part of the antenna system, is forged from stainless steel.

All the corners have been softened and rounded. Gone is the bevelled edging that once distinguished the face of the iPhone 5S. Now the screen of the iPhone 6 rolls right over into the sides; a deliberate trait Jony Ive hopes will encourage gesture use. Light bounces off the glass corners just as it once did to the shaved steel of the iPhone 5S. It’s different, but somehow still the same.

No doubt the iPhone 6 is an extension of Apple’s revered approach to design. Though it’s bigger, the rounded, thin and metal-clad smartphone is all things people recognise as iconically Apple.

Radically setting the iPhone 6 apart is its screen. The display has grown in height from 4- to 4.7-inches and it now boasts a 1334x750 resolution. It is no coincidence these specifications add up to 326 pixels-per-inch, which is the magic number behind Apple’s ‘Retina’ branding.

The increase in size means the iPhone 6 is less comfortable in the hand when compared to the 5S, but it far exceeds its rivals from Samsung, Sony and HTC.

Competitor smartphones tout higher resolution displays on paper, but using them everyday is marred by low-brightness levels as they try to preserve battery life. Apple’s iPhone 6 differs because there is no situation where you are wanting for brightness. The screen is always generous in light and colour. In finding a balance between screen resolution and backlighting, the iPhone 6 manages to deliver a display that rivals the best in the market. We prefer the display on the iPhone 6 to the 1440p display used on Oppo’s Find 7 and LG’s G3.

Then there’s the way the display feels as though it is floating on the outer-layer of the glass. Apple has achieved this illusion by bonding the glass to the display — there’s no gap between the two — and by shaving down the edges of the glass for that curved feel. Bonding the glass to the LCD panel has the added benefit of eliminating light refraction, which improves how legible the screen is under direct sunlight.

Finding this rich balance lends the iPhone 6 to the consumption of multimedia. Videos and photos dazzle, and the experience is particularly enjoyable if you’re using Apple’s headphones. The headphones themselves haven’t been changed since the iPhone 5 launch two years ago, but they remain our favourite bundled headphones in any case.

Letting the smartphone down is the single speaker lining its base. Watching a video in landscape orientation easily causes the sound to be muffled. Sound is marginally better than that featured in the iPhone 5S; however, it’s not in the same league as the HTC One (M8), Oppo Find 7, nor the Motorola Moto G.

Protruding ever-so-slightly on the rear of the iPhone 6 is an 8 megapixel ‘iSight’ camera. Separating the new camera from that featured on the iPhone 5S is improved face detection and enhanced panoramic capabilities. It still has a five-element lens, large 1.5 micron pixels and an aperture of f/2.2.

Photos captured with the iPhone 6 are characterised by vibrant colours and plenty of detail. Intelligent software automatically engages HDR mode when necessary and takes two photos — one with and one without — so that fleeting moments are captured with the right contrast levels.

The camera is versed in a wide range of lighting conditions and manages to keep image noise to a minimum. Photos look better on the iPhone’s screen as the 750p display conceals gradation, while viewing them on a computer or television reveals its shortcomings.

Apple’s camera interface is bare-boned basic. Only a few options can be changed and one of them is not the aspect ratio. This means the 8MP photos, which are captured at an aspect ratio of 4:3, don’t take full advantage of the 16:9 screen. Nor will they take advantage of televisions, computer monitors and most tablets, which will have to clumsily letterbox the otherwise stunning photographs.

Videos are recorded in Full HD (1920x1080) resolution and not the nascent UHD (3840x2160) standard that Samsung, LG and Sony smartphones all support. Snubbing support for UHD isn’t much of a detriment as it is consumes too much storage space.

Rather Apple differentes its video camera through intelligible software modes. Slow motion recording in high definition is possible at the improved rate of 240 frames per second, and it is now joined by the ability to capture time-lapse videos.

A time-lapse video captured with the iPhone 6

A slow motion video captured with the iPhone 6.

The front of the iPhone 6 hides a 1.2MP camera capable of recording videos in high definition. Quality falls short of rivals; however, the front-cam still serves Facetime calls diligently.

Click over for battery life, what's new to iOS 8, details on hardware, Siri and more