Innovative smartphone but with issues 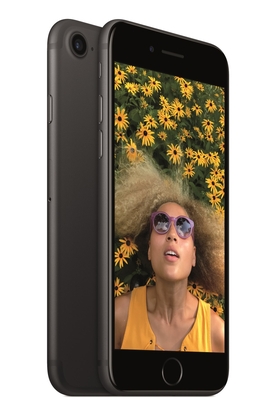 It's a decent phone that's very well made but represents poor value in the phone market on its own. However, buyer's relationships with Apple and its ecosystem will dramatically affect value.

It’s iPhone time again and whether you’re a fan or not the whole tech industry gets a lift and the general, less-techie populace gets a lesson on the latest technology.

Having reviewed almost a different phone a week for the past few months, we’ve been looking forward to seeing which features are genuinely great and innovative and which ones are marketing spin for what’s been on the market for ages already.

So far, the most exciting technology comes from Apple's partner products that sit adjacent to the iPhone itself: the new Apple Watch Series 2 and the wireless AirPod earbuds, both of which we’ll be reviewing soon. The former elevates itself above every smartwatch and fitness tracker on the market by a long way and though we were sceptical about the AirPods, our brief time with them showed us enough to be amazed at the technology behind. What they’re like to live with is another story that we’ll cover when we get them.

This is all relevant because you can only access these “accessories” by buying into the Apple ecosystem with one of its expensive phones and that’s incredibly relevant when you’re reviewing a $1000-plus smartphone that has a small, 4.7-inch screen. If none of these accessories existed and neither did Apple’s software, I’d tell you right now to go out and buy a Samsung Galaxy S7 or a Huawei P9 and spend the hundreds of dollars left over on something else nice.

So in reviewing an iPhone we’re looking at more than just a phone. If the phone is all you care about then paying this much is just silly. Check out our Android phone reviews. For everyone that’s left, here we go…

The iPhone 7 is carved out of a solid chunk of high-quality aluminium and as such is incredibly tough and rigid. We’re not going to try bending it but we’d be stunned if it did. It comes in many flowery colours (gold, silver, rose gold and black) but for a bunch of reasons we suggest hanging out for the Jet Black variant.

When you’re paying a premium for a device, you want it to feel special and the Jet Black version delivers that in spades. It doesn't just look different to virtually everything else on the market, it costs the same and feels different. There are visual similarities to Samsung’s very-pretty Galaxy Note 7 with it’s glossy black finish. But whereas the Note 7 was finished in an incredibly-slippery and potentially-brittle glass, Apple has gone absolutely bonkers in how it’s achieved its finish which isn’t just very glossy but sticks to your fingers like Spiderman (ok that’s an exaggeration, but here’s a picture).

The process for achieving this finish involves a ridonculously-elaborate multi-stage anodising, polishing and painting process. There’s an impressive video of it here which we’ve set to start at a minute in so you don’t have to listen to legendary designer, Sir Jony Ive, go Full-Apple and risk you losing all respect for him. We suspect multi-coloured variants of this finish will adorn future iPhones but for now it’s all Henry Ford.

The phone is slightly thinner than the previous iPhone 6 and should be comfortable to hold even for those with very small hands. We felt confident in using it without using a case.

In terms of speed, the only real delay to app launches and comes from Apple's snazzy, screen-wipe animations. We've seen faster opening times elsewhere but with less eye candy. The new A10 chipset is very fast and powers everything along neatly including the latest, graphics-intensive games.

The new stereo speakers get very loud and crisp for both conference calls and music. Here's a quick speaker comparison with the Google Pixel XL.

Apple doesn’t disclose which glass the screen uses but assures us that it’s tougher than ever. It’s LCD-based which will disappoint some people: despite Apple assuring us that it gets 25 per cent brighter than ever before and has a full cinema colour gamut, it’s not particularly different to the LCD screens we’ve seen on many other mid-range phones. Samsung’s OLED screens and even the OLED screen on the $599 Alcatel Idol 4S are noticeably more vibrant.

The resolution of 750 x 1,334 is rather low but caused few issues on a screen this small, it’s some way below Samsung’s 1,440 x 2,560 on the 5.1-inch S7 though. The pixel density of 326 pixels per inch isn’t the highest but we only really noticed a screen-door effect when using a VR headset. All in all, it’s a decent screen for most people but we expect more from a top-end phone.

With thinness comes a small 1,960mAh battery. While Apple’s software is impressive at getting the most out of it and has all kinds of stats on how long it lasts, we comfortably got a full 24 hours out of it but no more. That included a substantial amount of internet browsing plus a bit of navigation, photography and Pokemon Go.

Read more Pixel XL camera showdown: How it compares to Apple, LG, and Samsung phones in the studio

Your mileage will vary.

The case of the button and the missing headphone jack

The button is now a false button but in a good way. The haptic feedback afforded by the "Taptic Engine" we’ve known from the Apple Watch is now a feature and we like it. When scrolling through settings you get a very-real analogue clicking feel that whizzes fast when the dial is fast and slows down in time with what you’re seeing on the screen. In games that make use of it you get a nice feel of when you, say, launch a rocket and later when it explodes.

The amount of travel is less than a regular button which is an immediate boon as it's easier to press from all angles - especially for double clicking. You can also tailor the amount of feedback from low through medium to soft depending on your preference. We’ve experienced similar in other phones which use their vibrate feature (and also from the $399 Moto G4 Plus which uses a more Taptic-like system but to a lesser degree) but this is much more refined. The rate of tapping is more precise and controllable and the potential is for the phone to communicate with you intricately via tapping. There’s no killer app for this yet, but we see the potential and we like it. But there’s a price to pay. A big one.

The cost of a thinner phone and the Taptic feedback is the loss of the standard 3.5mm headphone jack. You get an adapter in the box, but four days in and we’re not sure where ours went . The included earbuds use the lightning jack but you may not like them and you can’t charge the phone while listening to them without spending yet more money on an adaptor. It’s an unusual design compromise from Apple and the level of annoyance will vary depending on your own use.

The button is also used as a fingerprint reader and it’s (thankfully) noticeably quicker than the previous generation of iPhones. However, unlocking is not instantaneous as we see elsewhere with the likes of the Huawei P9. It’s not too tortuous but it could be faster.

One of the most important facets of any smartphone is the camera and the standard within the market is very high. The 12-megapixel rear camera now has Optical Image Stabilisation and this immediately pays off with video which can be captured at 4K (2160p at 30 frames per second). Video taken while walking is among the smoothest we’ve seen. Ducking into a dark room saw a smooth transition into low-light graininess that was impressively-detailed. It struggled when light areas, dark areas and motion were present all at once with some image tearing and processing wobbles but overall it was very usable and audio was good too.

The rear camera isn’t the highest resolution but it’s still a reasonable performer. There’s nothing to make it really stand out from the crowd in general use but it’s low-light performance is worth commenting on. It’s noticeably better than previous iPhones but not at Samsung’s level. Moderately-lit indoor shots showed off some patchy image enhancement aberrations which made things look a smidge unnatural but we’d rather that than just extreme grain or darkness.

It’s not the quickest to focus and shoot and we missed more shots than we’ve got used to with recent cameras but all in all the output was good (with neutral colours) if not head-turning.

Next: Other features, price and conclusion