Apple upgraded the part it didn't need to—the processor—while ignoring all the upgrades it should have made. 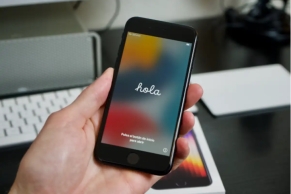 It's long past time for Apple to move the iPhone SE past this dated iPhone 8 design and all the old hardware that goes along with it.

The iPhone SE is sort of a brilliant concept. Recognizing that there's a huge market for people who can't afford the typical price of a new iPhone (or just don't want to spend that much), Apple takes a somewhat outdated model, replaces the processor with the latest one, and sells it at a greatly reduced price.

Now two years later, Apple has abandoned this winning iPhone SE formula. It's still the latest processor (A15), but instead of putting it in the two-generations-old iPhone 11, or even the iPhone XR, Apple is once again using the body of the ancient iPhone 8. And the price went up, to US$429 (AU$719).

This is still the least-expensive new iPhone you can buy, and it's not bad, but it's disappointing to see Apple charge more while not advancing its budget phone in the most important ways.

In Australia, the new iPhone SE costs about the same price, give or take a dollar, if you purchase it from one of the major carriers. All three carriers, Optus, Telstra and Vodafone allow you to pair it with a post-paid plan and spread your device repayments over either a 12, 24 or 36 month contract. Telstra is the only one of the three that lets you buy the device outright. Click the links in the widget below to see the options available:

What that A15 processor gives you

The A15 is faster than the A13 in the second-generation iPhone SE, that much is certain. You can expect CPU and GPU performance around 20-30 percent better, though it can be more or less depending on the exact task. Whether you'll really notice that sort of performance in everyday use is another matter.

I found that, in most benchmarks, the iPhone SE is right on par with the iPhone 13, within a small margin of error (but not the iPhone 13 Pro, which has a fifth GPU core). This makes it by far the fastest phone in this price range. But was performance really an issue that needed addressing in the iPhone SE from two years ago? The A13 already outpaces most other US$400 (AU$700) phones today.

The A15 also includes a better image processor, which means it can do more with the data from those ancient iPhone 8 sensors and optics; none of the camera sensors or optics are upgraded from that five-year-old model. You have the new Photographic Styles feature found on the iPhone 13, for example, along with excellent 4K 60Hz video recording, Deep Fusion, and Smart HDR 4 does a great job in bright outdoor scenes.

You also get 5G support, with a caveat: you can only connect to the sub-6GHz 5G bands, not the new super-high-frequency millimeter wave (mmWave) bands. That's where the fastest speeds are, but mmWave is extremely short-range and not all that prevalent yet, so you're not missing out on that much.

One of the worst drawbacks of the 2nd-gen iPhone SE was its terrible battery life.

Apple says the more power-efficient A15 works with the iPhone SE's updated battery chemistry to deliver better battery life. The good news is, the battery does indeed last longer. The bad news is, it's still pretty bad.

In my tests, running the Geekbench 4 test in a loop with the display at a constant 200 nits, the battery lasted 5 hours and 13 minutes. That's a big improvement over the 3 hours 37 minutes of the 2nd-gen iPhone SE, but it's still the worst battery life of any iPhone you can buy (more than an hour shorter than the not-great iPhone 13 mini). A standard iPhone 13 ran three hours longer using the same test.

In my testing, I found that I had to recharge in the evening to make it through the day. It's been a few years since I've used an iPhone that didn't reliably last all day.

It's good that battery life has improved in Apple's most affordable iPhone, but it hasn't improved enough. If it could last 15-20 percent longer, it would meet our expectations of falling just short of the iPhone 13 mini.

In many ways, a five year old iPhone

The display is the same old LCD that doesn't get quite as bright as you'd hope for in the sun, has huge bezels above and below, and doesn't display HDR. It's one thing to be enamored of smaller phones, but this ancient design only gives you a 4.7-inch display. Consider the iPhone 12 mini and 13 mini, though considerably smaller, have larger 5.4-inch displays because there's not all this wasted space.

Some of that space is used for the Home button with Touch ID. There are some users who just refuse to get with the times with Face ID, but even soâ€”Apple could create a phone with Touch ID in the side button as it does on the iPad Air and iPad mini, allowing room for a much larger display that reaches further to the edges of the phone.

For some, the Home button is archaic. For others, it's the whole reason to buy an iPhone SE. Image: IDG

That old iPhone 8 camera hardware isn't doing Apple any favors, either. The superior image processing of the A15 does a remarkable job of producing good photos in bright light, but the 12MP rear camera struggles in dimly-lit situations, producing images with lots of grain and poor contrast. 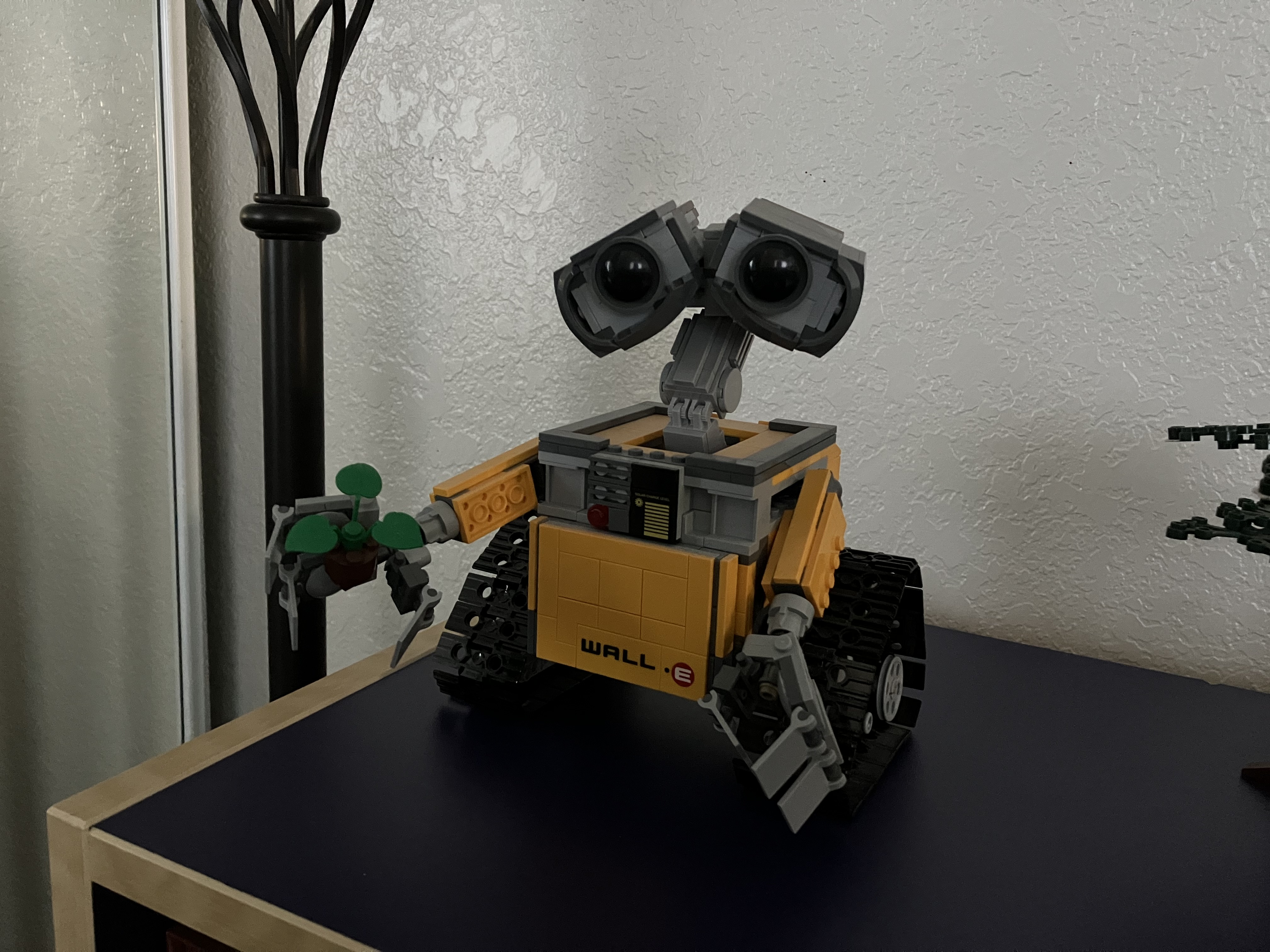 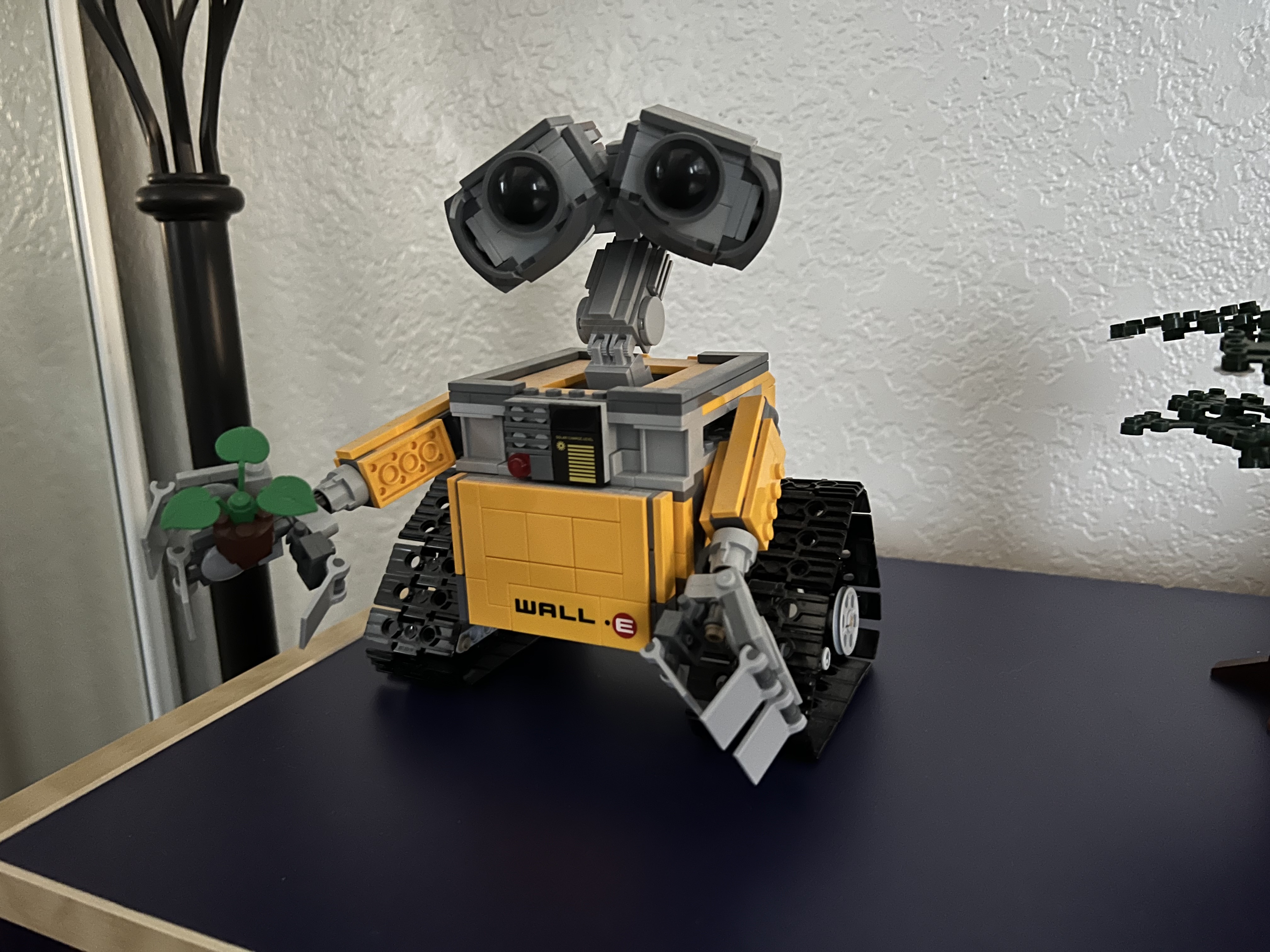 In low light, the iPhone SE (left) turns LEGO Wall-E into a noisy, muddled mess. Everything is a lot more visible on the iPhone 13 (right).

The 7MP front camera takes worse photos than we're used to, with less detail and contrast, and frequent problems like blown-out skies and crushed shadows. It gets the job done for FaceTime calls, and I'm constantly surprised by how good this old hardware can perform in very brightly-lit scenes, but you'll want better if you take a lot of selfies. 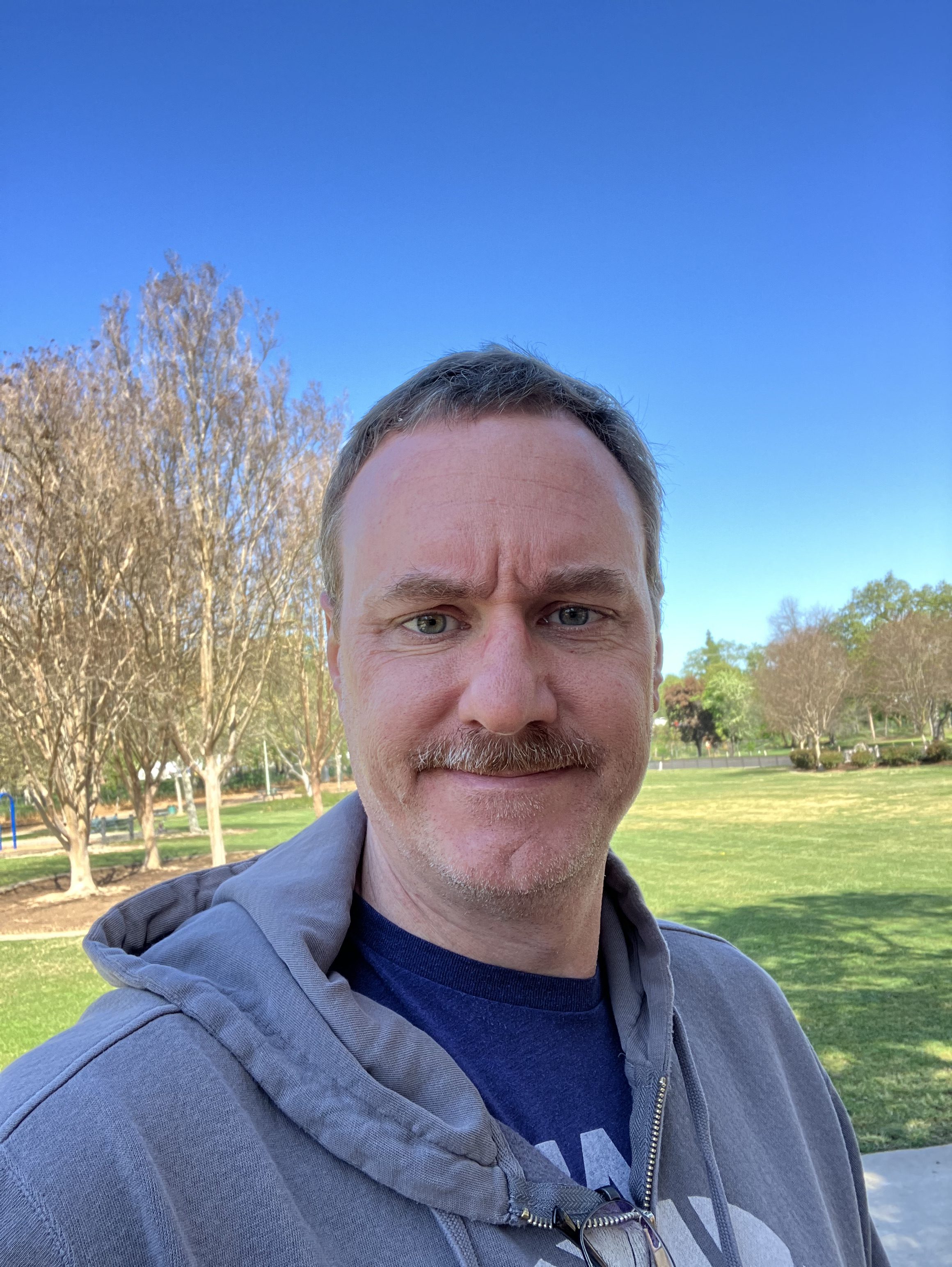 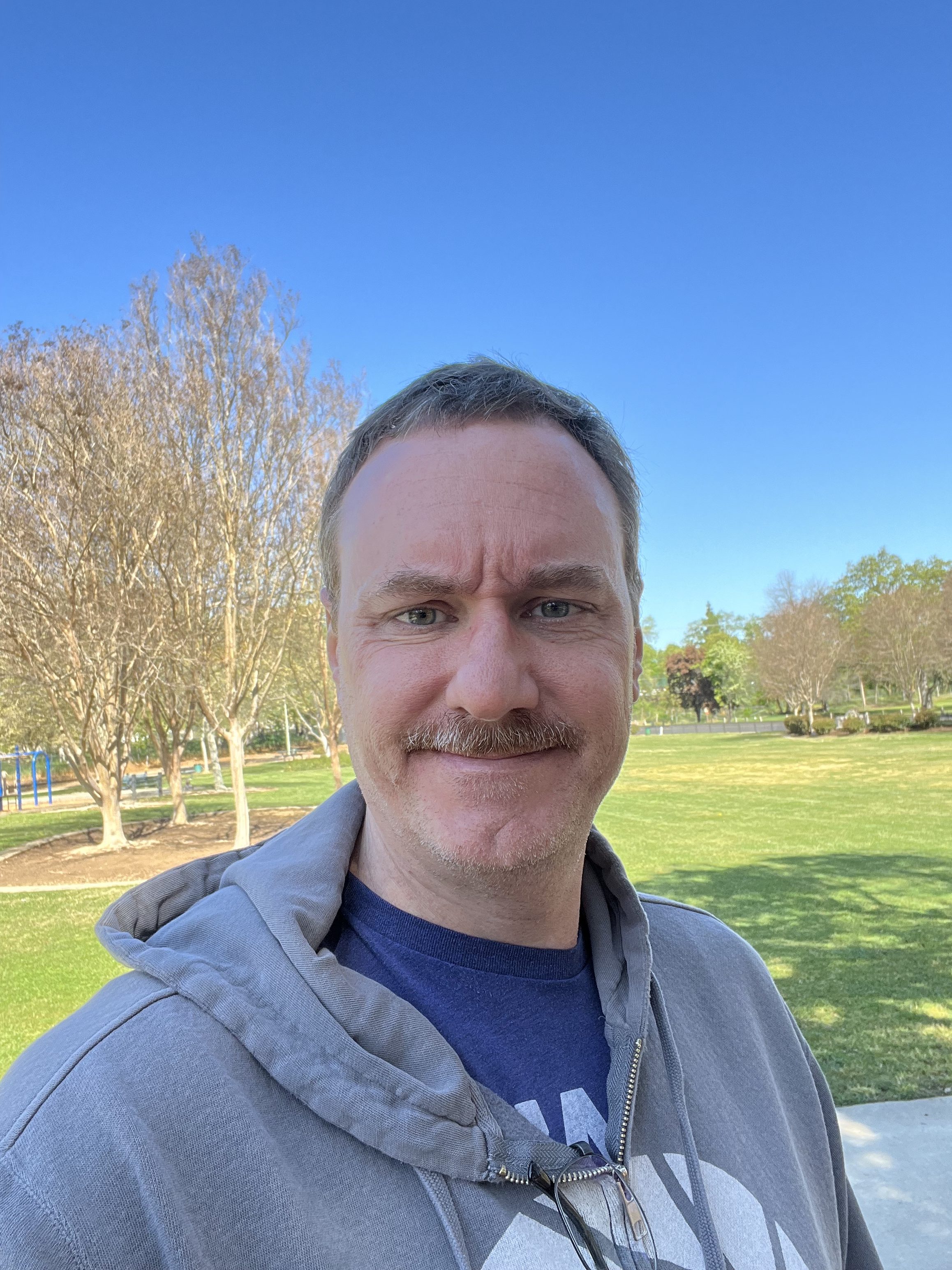 The iPhone SE (left) does a decent job in bright light, even though detail and texture are superior on the iPhone 13 (right).

You also don't get any of the features common to newer iPhones, like multiple rear cameras (there's no telephoto or ultra wide camera), MagSafe, or the U1 chip to do things like precisely locate AirTags.

Apple still sells the iPhone 11 for US$499 / AU$849, and I think most users who are considering the iPhone SE would be happier overall spending the extra US$70 (AU$130) for it. It doesn't have 5G, and its A13 chip isn't quite as fast (not that you'd notice), but it has a bigger and better display, Face ID, better water resistance (IP 68 vs IP67), higher-quality cameras, and much longer battery life.

The 2020 version of the iPhone SE was already plenty fast and didn't really need a faster processor. What it needed was a new design, upgraded camera hardware, a modern display with a better screen-to-body ratio, and dramatically better battery life, none of which it got. Apple upgraded the part that needed it least and didn't touch any of the things that are now hopelessly out of date. The display is tiny with huge ugly bezels, battery life is barely acceptable, and the camera hardware is incredibly dated and limiting. And while top-tier image processing from the A15 really elevates your photos, you're still missing table-stakes features like Night Mode.

This is just such an uneven product. The processor is overkill, way more than any budget phone needs. It's faster than Android phones that cost over US$1,000! This sort of bleeding-edge performance is rarely the top concern of people who choose the most affordable phones. In other areas, it's so far behind the times, even for a US$400(AU$700)-ish phone.