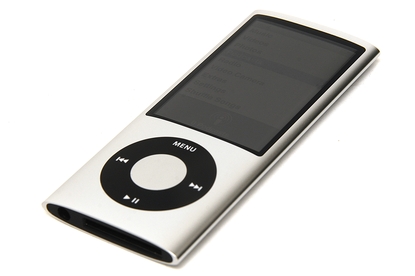 Though retailing at the same price point as the previous generation, the fifth-generation iPod Nano offers a swag of new features, including video recording and an FM radio.

The fifth-generation Apple iPod Nano retains the same elongated body as its predecessor, but adds several longed-for and unexpected features. The inability to take still photos is a tad perplexing, but the addition of an integrated speaker, video recording and an FM radio receiver make it the most capable and best value iPod Nano so far.

Apple has made few aesthetic changes to the iPod Nano. You will no longer be able to tell the Nano's capacity as Apple has removed the label. The biggest change to the MP3 player's case is the aluminium finish, which gives the MP3 player (available in nine colours) a glossy sheen. It makes the Nano somewhat more attractive, though only subtly so.

What lies within the casing has changed significantly. For starters, Apple has integrated a speaker. The speaker, curiously an unadvertised feature, is a fantastic addition that will allow you to share music or videos with friends (albeit at poor quality).

Like iPhone 3GS, the new iPod Nano features video recording. You won't be able to take still photos (an omission Apple blames on the difference in size between a sensor capable of recording VGA resolution footage and a 2- or 3-megapixel sensor). However, you will be able to shoot VGA-quality (640x480 pixels) video at 30 frames per second in the H.264 format. A one minute video took up 19MB of space during testing, which means you will be able to store around 860 minutes of video on a 16GB iPod Nano.

The sensor is located in the bottom right of the iPod Nano's back casing, which could make it easy to accidentally obscure when filming in portrait mode. Like Apple's Photo Booth software, you can use a range of filters and video effects when filming. Many filters, like "Cyborg," are gimmicky at best but others like "Film Grain" and "Security Cam" do help to mask any pixilation. The iPod Nano's accelerometer determines whether you're filming in portrait or landscape modes and shifts the video accordingly. However, videos filmed in landscape will play in a 4:3 aspect ratio once exported, whereas portrait videos play in the elongated 9:16 aspect ratio that suits the iPod Nano's unconventional display. 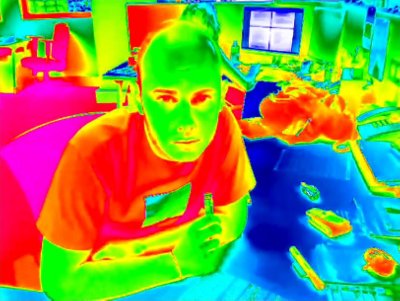 The camera's resolution means the iPod Nano can't compete with 720p-capable video recorders like the Kodak Zx1 and Flip UltraHD. As such, you wouldn't keep it on hand to shoot any serious video or film in low-light situations, but as an extra feature for the Nano the video camera's quality certainly isn't displeasing.