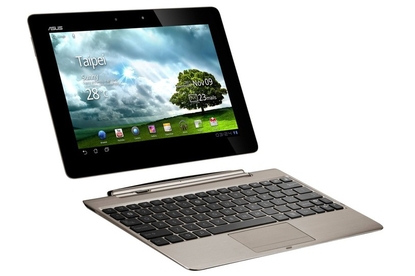 If you don't want an iPad, the ASUS Eee Pad Transformer Prime is the tablet you do want. It has a great design, a nifty keyboard dock, slick, up-to-date software and great performance. The lack of 3G is a pain and there are a couple of other issues that need ironing out, but all in all the Transformer Prime is the best Android tablet on the market.

ASUS initially ships the Eee Pad Transformer Prime with Google's Android 3.2 "Honeycomb" operating system, but an over-the-air update to Android 4.0 "Ice Cream Sandwich" is now available. It's a shame that the tablet doesn't come standard with the latest version of Android out of the box, but its obvious it was well in the works before Ice Cream Sandwich was unveiled.

The over-the-air (OTA) software update on our Transformer Prime took about 10 minutes to install and we had no hiccups during or after the installation. The Ice Cream Sandwich software (version 4.0.3) is largely a 'vanilla' version of the OS, though ASUS includes a number of exclusive apps. Additions include a file manager, a MyCloud storage app with 8GB of free storage, a MyLibrary books app, and a MyNet app for streaming multimedia content via DLNA. The MyCloud app offers one year of unlimited cloud storage and works similarly to the popular Dropbox client. ASUS also includes handy e-mail, clock and weather widgets, along with a battery indicator that displays two separate percentages for the tablet and the dock battery.

Of much more interest than ASUS apps is the Ice Cream Sandwich update on the whole. This was our first experience using ICS on a tablet device and the results were pleasing. Performance is significantly improved over the previous Honeycomb version — apps open quicker, home screens are no longer choppy to scroll through, and the entire user experience feels much more refined and slick. The Web browser is much smoother and pages no longer default to mobile versions. Page loading times are noticeably quicker than most Honeycomb Android tablets we've tested. This is due to a combination of NVIDIA's quad-core processor that powers the Transformer Prime, as well as Google's Ice Cream Sandwich software itself. 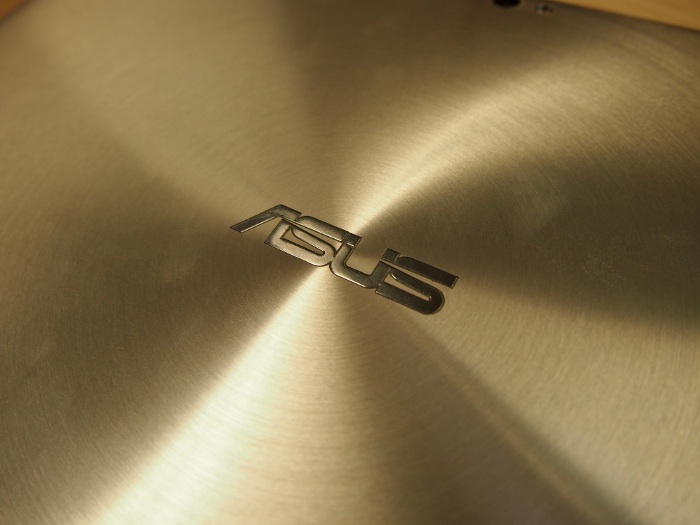 Ice Cream Sandwich adds plenty of new features including a new camera UI with panorama photo mode, live effects and backgrounds, and basic photo editor. There's also offline browsing, a Wi-Fi Direct feature to transfer files between Wi-Fi enabled devices, a new Roboto font, as well as the ability to create folders on the home screen by dragging one app on top of another.

Ice Cream Sandwich hasn't resolved all of Android's issues on a tablet, however. Flash video performance remains hit and miss, and there were various times when the Transformer Prime slightly lagged, even if these instances have been significantly reduced. Scrolling in the Web browser is smoother than ever, but still not up to the standard set by Apple's iOS on the iPad 2.

Android's most significant tablet issue — third-party apps — also remains unresolved. There are minimal apps in the Android Marketplace that are specifically designed for tablets, so most of them simply expand to fit the screen. To be fair, default Google apps like Maps, Gmail and YouTube work excellently, and there are a few popular apps like Angry Birds, Pulse News Reader and Evernote that filled the Transformer Prime's screen perfectly. However, on the whole the tablet apps on offer remain well behind the iPad, and there is also no easy way to determine if an app in the Android Market is designed to work on a tablet. We feel Google needs to create a filter in the market that only shows apps specifically designed for tablets in order to create a better user experience. 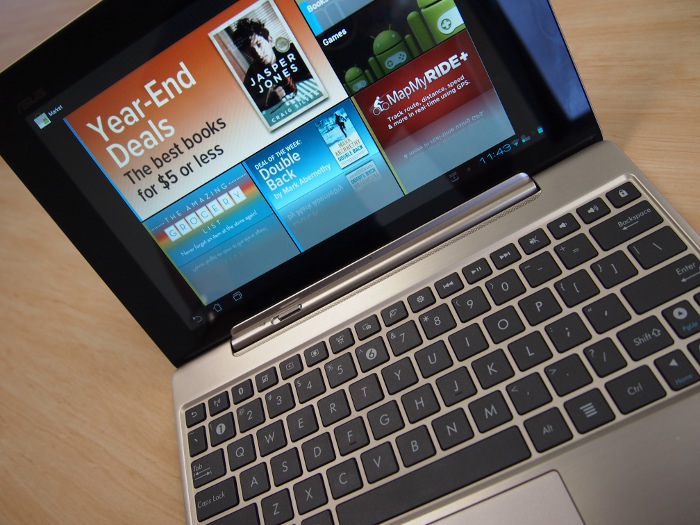 We're still not sure that a camera on a tablet is a high priority, but if you do want to lug around a 10in tablet to use as a snapper, then the ASUS Eee Pad Transformer Prime is one of the best on the market. The 8.1-megapixel rear camera shoots good quality images with reasonable detail levels. Auto-focus can be slow at times and colour reproduction isn't always natural looking, but the Transformer Prime's camera is certainly light years ahead of the one on the iPad 2. It also does a fine job of recording full HD 1080p video, too.

Disappointingly, the ASUS Eee Pad Transformer Prime doesn't have 3G connectivity, so its a Wi-Fi-only tablet. ASUS has also announced it has no plans to build a 3G version of the device, so if you're hanging out for a 3G Android tablet you'll need to look elsewhere.

Many users of the Transformer Prime in other markets have reported issues regarding Wi-Fi and GPS reception on the device. During our testing we found Wi-Fi reception a non-issue: we connected to multiple devices including a home cable network, a portable Wi-Fi hotspot, and a tethered smartphone and Wi-Fi worked perfectly. GPS reception on the other hand, is abysmal. With Wi-Fi switched off, we could not get the Transformer Prime to lock onto a GPS signal and show us our location in Google Maps. With Wi-Fi on, the tablet managed to lock onto a signal effectively, though it took longer than we expected to do so: often more than 20 seconds. Clearly there is an issue with GPS performance, and it's something we can only hope ASUS will fix with a software update. 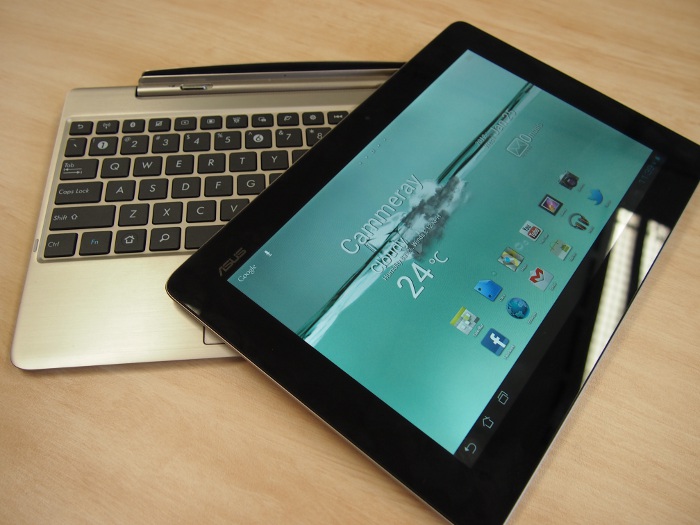 ASUS claims the Eee Pad Transformer Prime's battery will last for up to 12 hours on its own, or 18 hours when connected to a fully charged dock connector. During testing, we recorded best figures of just under 11 hours without the dock, and about 16 and a half hours with the keyboard dock connected. Though this is less than ASUS claims, it is still a fantastic result and almost brings the Transformer Prime in line with the iPad 2's outstanding battery performance.

Keep in mind that there are three "power profiles" available use on the Eee Pad Transformer Prime: power saving, balanced, and performance. We ran all our tests in balanced mode, which is the default setting. You should be able to push better battery life out of the Transformer Prime using power saving mode, though this limits performance to do so.