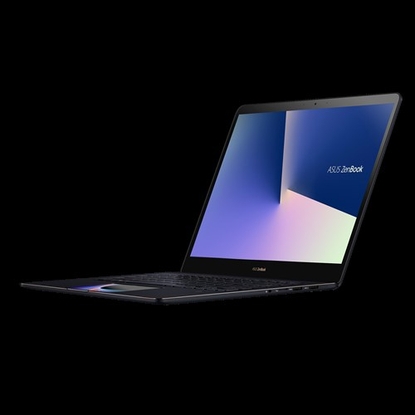 When it comes to the big brands, there’s only so good - and only so bad - that any flagship notebook PC can really be. Speaking strictly about the major PC brands out there, you’re far more likely to walk away with a boring-but-solid product these days than you are an any sort of exceptional dud.

On its face, that statement might sound a little strange - but bear with me here. While ASUS, HP, Dell and Acer do have different approaches and pitches, there’s a lot of overlap here in the kind of risks - and lack thereof - that they tend to take in the flagship space. Tit for tat, they’re all offering 8th-Gen Intel Core processors, dedicated graphics cards, premium-end displays and a pretty similar cocktail of ports and specifications. They're all working from the same formula - and the results reflect that.

As a result, if you’re looking for a laptop to buy, there are plenty of great options out there. Unfortunately, if you’re looking for a reasons to buy one laptop over another, it can sometimes be a bit of pain to find one that doesn’t go merely skin-deep. In this end of the market, the desire to experiment is always going to sit a distant second to the desire to be as exceptional or solid as the competition.

Even if I wish it went further, the new Zenbook Pro 15 makes for a nice contrast to this status quo.

It feels different enough that it’d be a stretch to say it’ll win everyone over. However, by comparison to pretty much everything out there competing in that flagship space, it’s a device that’s actually pretty easy to make the case for. It’s interesting and innovative in creative ways and rarely compromises its fundamental proficiencies and ability to get the job done.

The specs for our ASUS Zenbook Pro 15 review sample were as follows:

Before unfurling its signature innovation, the Zenbook Pro 15 looks like a lot like the last few generations of ASUS’ Zenbook laptops. Not that this is a necessarily a bad thing. If you’ve never been counted yourself an acolyte of ASUS’ Zenbooks, winning you over is still going to be an uphill battle. If you’re already one of the converted, you’ll probably dig this one about as much as the last.

ASUS have a specific tone they’re trying to hit with their Zenbook products and the resonance of that particular chord has taken them far in recent years. The fact that they’re sticking with what’s been a winning formula for them when it comes to a flagship like the Zenbook Pro 15 isn’t a really any sort of surprise.

Consequently, the Zenbook Pro 15 is a classic clamshell laptop that comes in deep, seductive blue with copper accents running along the edges. Under the hood, it comes equipped with the latest generation of Intel Core processor and an Nvidia GeForce GTX 1050 Ti graphics card.

At a glance, this thing could pass as a purely by-the-numbers upgrade piece: something that’s looking to keep pace with the rest of the industry but lacking in identity beyond the usual Zenbook flair.  Fortunately for ASUS, this mundane first impression only really lasts until you see the ScreenPad in action.

This headline feature sees the Zenbook Pro 15 eschew a traditional trackpad for a full-blown 5.5-inch FHD IPS touch-sensitive display. What’s more, the ScreenPad is more than just a trackpad with a customizable background - it’s capable of running its own apps, acting as a secondary display and integrating into select Windows applications to offer extended controls and functionality.

In some ways, it’s an echo of what Apple have done with the Touch Bar on their recent Macbooks. In others, it very much feels like its own thing and an evolution that takes things a few, signfiicant, steps further. ASUS also say that they’ve worked with Microsoft to add ScreenPad-specific functions to Office 365 and an SDK for developers looking to create new SmartPad integrations will be available in Q3 in 2018. Additionally, if you happen to own a smartphone with the ASUS Sync app on it, there’s also a Sync feature that allows you to remotely view and manage your notifications and answer phone calls.

Alternatively, if you don’t want to use the SmartPad at all, you can always turn it off and use it as a regular trackpad.

In practice, the ScreenPad proved itself a really interesting inclusion. It’s way too early to say whether or not it’ll go beyond a one-generation gimmick but I wouldn’t be against seeing this feature make its way into other, cheaper, ASUS hardware. Having a second display that you can drag a Youtube video , music player or calendar onto is a nifty inclusion. Like the aforementioned Touch Bar found in the latest generation of Apple’s Macbooks, it’s one of those features that I really look forward to seeing mature over time.

Part of the reason for this, at the moment, technical issues and hiccups with the ScreenPad aren’t non-existent. Sometimes the mini-display would become disabled and nothing short of a full system restart would get it working again. Other times, the more-advanced app functionality of the ScreenPad would persist even when the basic trackpad functionality broke down. Again, mostly on a software level, I’m really hopeful that ASUS will continue to iterate on the ScreenPad - making it both more capable and reliable.

Your real-world, practical mileage is going to vary here but, independent of how much I actually used the extra-functionality of the ScreenPad itself, I still came away really impressed with how the hardware held up as a regular trackpad. Dragging and dropping felt super-responsive and sometimes even more-so than even a traditional trackpad might be.

Beyond that, and as the name suggests, the new Zenbook Pro 15 is packed to gills with best-in-class notebook features. You’ve got two USB Type-C Lighting ports, a HDMI out and dedicated graphics card that promise to make the Zenbook Pro a better fit for more intensive gaming and design applications.

All this might account to a pretty simple story (“ASUS made another flagship notebook PC and it is good”) but, for the price you’re paying here, it’s the story you’ll probably looking to hear.

In terms of moment-to-moment use, the Zenbook Pro 15 was impressive but didn’t really blow us away when it came to benchmarking. If you’re looking at the raw numbers then, yes, it does neatly outpace a fair few of the other, comparable, flagships notebook out there (running on both 7th and 8th Gen Intel Core processors). However, in terms of how those numbers translate into real-world usage, the different here isn’t huge.

It's good - but it's not that much better than the rest.

Despite edging out a lot of the competition, it rarely feels like the Zenbook Pro 15 lives up to the hype that might be generated by its impressive spec-sheet. Sure, enough, this thing is a beast - but there are a lot of brands trying to edge in on the heavy-duty workstation niche these days and - as good as it is - it feels like the Zenbook Pro 15 sits in heavily contested territory.

The same can more-or-less be said about battery life. When subjected to the Battery Eater testing tool, the ASUS Zenbook Pro 15 took 1 hour and 10 minutes to dissipate its entire charge. This test is designed to burn the battery down as fast as possible and show off the minimum amount of battery life you can expect. Since everyone’s ordinary usage patterns - and the impact that those patterns will have on your battery life - are going to naturally vary, this is generally a good way to gauge how the battery on one notebook compares to another.

In context, the ASUS Zenbook Pro 15 lagged behind HP’s Envy x360, Microsoft’s Surface Book Pro and Dell’s XPS 13 here in a major way. It even lagged behind last year’s Zenbook Flip S - which, even back then, we called out for having battery life that was just too short for the price.

Our everyday experience with using the Zenbook 15 Pro for work reinforced this shortcoming. When using the Zenbook Pro 15 on-the-move, it consistently felt like the battery life on this thing trickled away far faster than it ought to.

Yes, the Zenbook Pro 15 is a beefy powerhouse of a laptop - but that’s not really an excuse. In spite of the innovations ASUS are making to other aspects of the experience, it feels like battery life remains an area they’re reluctant to iterate and improve upon.

Still, ASUS’ Zenbook Pro 15 manages to find a deft balance between best-in-class notebook experience and experimental concept piece. If you’re buying in on the spec-sheet alone, the results stack up impressively - though battery life remains a weakness for the brand.

Unfortunately, it has to be said that this notebook’s really-interesting feature is ultimately tripped up by its own uniqueness and ambition. If you’re looking to buy in solely for the ScreenPad, you might be a little disappointed by what’s on offer here. Even if the newfound customization is nice, there’s not enough real utility here beyond the basics. At least, for now.

As a tool for getting my work done, the Zenbook Pro 15 does an exceptional job. As an experiment, I just hope ASUS learn the right lessons from it.