Canon's IXUS 130 IS is small enough to reside in your pocket so that you can take it anywhere -- but the best part is that it's capable of capturing beautifully clear and vibrant images. It's not a perfect camera though: its buttons can be hard to press and its zoom control is awkward.

The Canon IXUS 130 IS is one of the slimmest and lightest digital cameras on the market. It's about 16mm thick and weighs less than 120g, but it doesn’t skimp on features. However, its body is a little creaky and its buttons are not very user-friendly.

The Canon IXUS 130 IS has impressive specifications for such a little digital camera; you get a 14.1-megapixel sensor, Canon’s DiG!C4 image processor, an f/2.8 aperture and a 28mm wide, 4x optical zoom lens. The lens is stabilised and can zoom up to 112mm. It’s housed wholly within the body of the camera until you switch it on, at which point it extends approximately 2cm.

IXUS 130 IS build quality and ease of use

But while the IXUS 130 IS is slim and looks good, it compromises on ease of use: The control buttons on the rear are too close together and slightly sunken in the camera’s body and therefore hard to press; the playback, menu and display buttons are also sunken and not tactile enough; and the battery compartment is too stiff and hard to open. Furthermore, the power button is sunken and difficult to press, and the body around the button creaks when you press it. The zoom control is a tiny rocking lever instead of a ring around the shutter (as it is on the equally slim, 12.1-megapixel Canon IXUS 120 IS) and it’s awkward to use.

Because the body is so slim, you have to hold the camera in a dainty way when you take photos — especially if you need to use the flash, as your fingers might otherwise get in the way and cast a shadow. Because it’s so slim, it can be easily carried in a handbag or jeans pocket and quickly whipped out to capture shots of friends that will in due course end up on Facebook.

However, the picture quality of the Canon IXUS 130 IS is good enough to be used far beyond the Facebook realm. Colours are captured vividly and there is nary a hint of chromatic aberration in high-contrast areas unless you view very bright images at their full size. Image clarity is high; you’ll end up with photos that have fine detail, and you’ll be able to crop out unwanted parts to magnify an image without exposing blurred or miscoloured pixels. Likewise, you’ll be able to print photos at A3 size or higher while retaining plenty of detail. 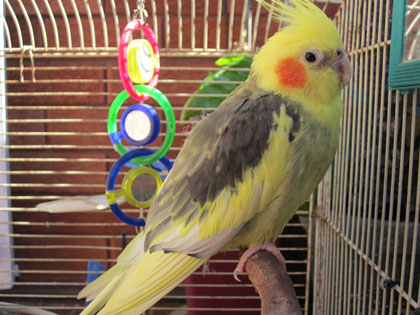 Shot in Auto mode, this picture was exposed properly and the colours look vivid. We didn’t have to fiddle with the contrast and brightness at all. 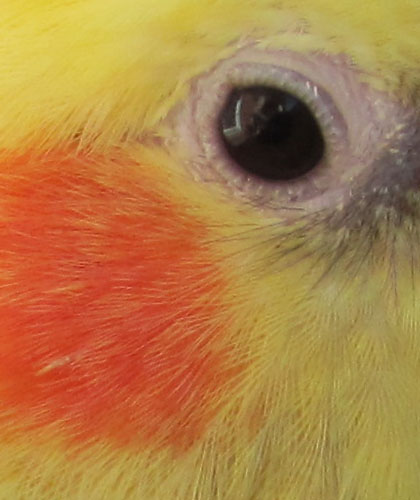 This is what photos look like when examined at their full size. You can see the bird's eye very clearly (it would be even clearer if he wasn’t always moving his little head) and the feathers are shown in great detail. There is no pixelation, chromatic aberration or overt blurriness. 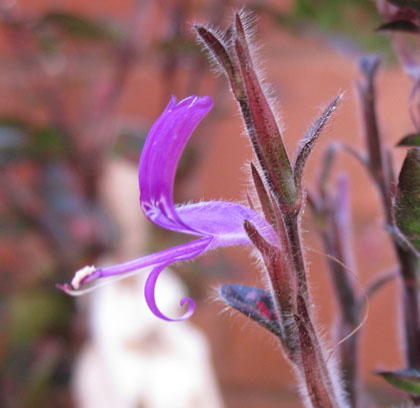 In this photo you can see that there is good depth of field; the background is nicely blurred, which puts the focus firmly on the flower.

The only problem with the image quality is that at wide angles there is will be some lens distortion and straight lines will look slightly skewed. Images taken in very bright conditions can end up looking overexposed as the smallest aperture that can be used is f/8 and the fastest shutter speed is 1/1500sec. The aperture and shutter settings can’t be manipulated manually, but you can change the ISO speed when in Program mode. The Auto mode does a fine job, however; it can select the appropriate scene mode depending on the lighting conditions and focal length.

Shots taken indoors will be subjected to some noise if a flash isn’t used. In Auto mode, the camera used an ISO as high as 800 without a flash (even though it can go up to ISO 1600) but the noise will only be clearly visible if you view the photos at their native size. When viewed on a 22in monitor or HDTV, for example, the photos will look good. The large f/2.8 aperture, lens stabilisation and reasonably good high ISO performance will allow you to take photos in relatively dim lighting conditions without using the flash. This means that photos taken in a restaurant or at a party can be captured with their natural ambience rather than with the harsh light of the flash. You will require a steady hand when shooting in low-light environments without the flash; we were able to capture blur-free shots when the camera used a slow shutter speed of 1/10sec. 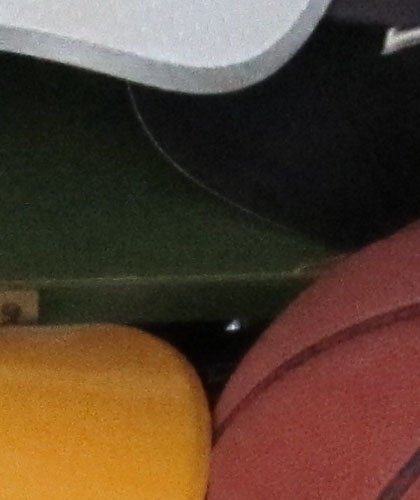 Noise starts to creep into images when an ISO of 800 is used and is prominent in dark areas.

We found the focus performance to be hit or miss. Instead of just focusing in the middle of the frame, it would often pick a focus point — or multiple points — towards the sides. Even when capturing the same scene in the same lighting conditions from the same exact spot, the focus point was different almost every single time we half-pressed the shutter. On the plus side, face recognition worked perfectly every time and accurately tracked a face across the 2.7in screen. The smile shutter worked, too, and it can even be used with the timer for self-portraits — you must remember to smile though.

If you don’t want to use Auto mode, you can select from one of the scene modes, which now include effect modes such as Fisheye and Miniature. The Fisheye effect doesn’t let you fit more into a shot; it just distorts the image to make it look like it was taken with a fisheye lens. Miniature mode works well to make large objects appear small — especially from a high angle. It's similar to Diorama mode in the Olympus PEN E-PL1. 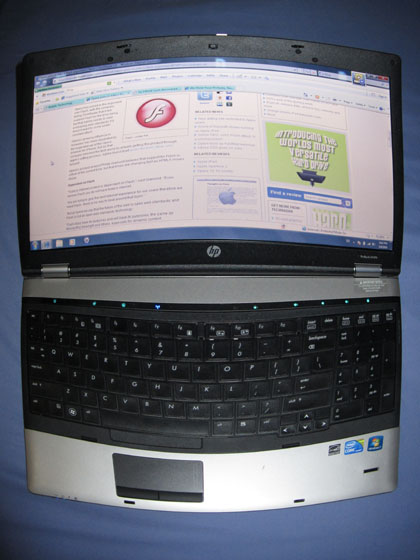 The fisheye scene effect will distort the lines in your images to make them look as though they were shot with a fisheye lens.

The Canon IXUS 130 IS also includes an HD video mode (1280x720) and does a decent job of capturing moving pictures. However, it can’t focus on the fly when you change focal length in movie mode. Recordings can be a little grainy, but overall it’s good enough to shoot little travel videos and party antics.

The Canon IXUS 130 IS is definitely a camera for the style-conscious user. It looks good, it’s very slim and it’s a featherweight compared to most compact cameras — even compared to the Sony Cyber-Shot DSC-TX1. It can take very clear and vibrant pictures, and it lives up to the high expectation that the IXUS brand has forged over the years, particularly for premium models such as this one. However, its button design and build quality are from perfect and can make the camera frustrating to use. Nevertheless, if you want a very small camera that can capture great images, it’s hard to overlook the Canon IXUS 130 IS.