If you want an advanced compact camera that can do just about anything then the Canon PowerShot SX20 IS digital camera is the one to shortlist! It's great for macros, it takes excellent night time photos, it has a huge zoom and built-in optical stabilisation, and it even does a good job of capturing HD video.

It's easy to not get excited at the prospect of reviewing yet another advanced compact digital camera, but as soon as we switched on the Canon PowerShot SX20 IS, we had a hunch that this digital camera would be fun to use. And we were right!

The Canon PowerShot SX20 IS has a 12.1-megapixel lens and uses the DiGIC4 image processor, which is also used in Canon's high-end digital camera products. In our tests it produced excellent image quality across a wide variety of photography environments, from bright to dimly-lit, and it also managed to capture great detail in macro and fully-zoomed shots.

The most important feature of the Canon PowerShot SX20 IS is its 20x zoom lens, which has a wide angle of 28mm and can zoom-in to 560mm. It really lets you get close to your subject, and because the camera has built-in optical image stabilisation, you can take handheld photos at 20x zoom without getting a blurry image. Of course this will depend on the amount of light you have at your disposal, as dim lighting and maximum zoom will still result in some blurriness unless a tripod is used. 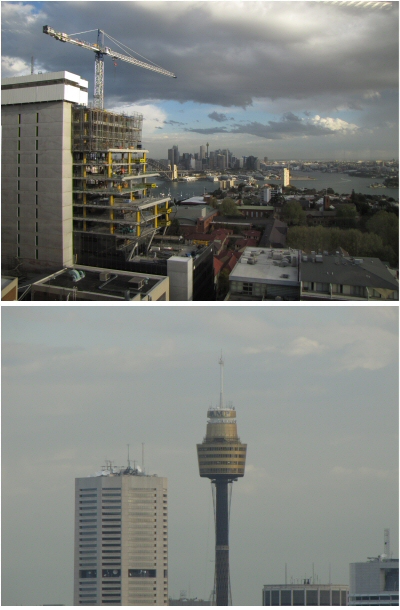 When you switch on the camera for the first time and the lens pops out, you notice the focal length written on the barrel of the lens. This can be useful for getting to a predetermined zoom point if you know the focal length that you want to use. For example, if you always use a focal point of 300mm while taking photos of planes at a particular spot at the airport, you can easily set this just by looking at the lens barrel and manipulating the zoom lever. Unfortunately, the zoom lever is small and the zoom function is too jumpy. There are only approximately 20 points that it will jump to, so you don't get a fine control over the zoom motor.

The body of the camera is expectedly bulky with dimensions of 12.2x9.3x9cm(LxWxH). With the lens fully extended, the width of the camera ends up being 14.5cm. For framing your shots, Canon has included an electronic viewfinder (which comes in handy when taking photos in bright sunlight) as well as an LCD screen. The LCD screen pops out and swivels. It pops out towards the left though, and this can be disorienting when trying to frame odd-angled shots. We would have preferred the screen to pop out downward, similar to the screen on the Nikon D5000, for example.

Shortcut buttons can be used to manipulate the camera's aperture, shutter, ISO speed and focus point, but you can also use the camera's semi-automatic and fully automatic modes if you don't feel like playing with many settings. There are 11 scene modes to choose from and also a capable HD video mode.

HD video: the Canon PowerShot SX20 IS captures videos at a resolution of 1280x720 using H.264 compression. Its video quality is clear and its audio quality is more than acceptable. It does a great job of capturing footage at parties or band gigs, for example. You can zoom in and out and the camera will automatically adjust the focus.

With a wide lens aperture of f/2.8, the Canon PowerShot SX20 IS is suitable for taking shots in situations where the light might not be that great. And when this wide aperture is teamed with a relatively slow shutter speed and an ISO of 800, it means you can take excellent photos at night — without using the built-in flash or a tripod. 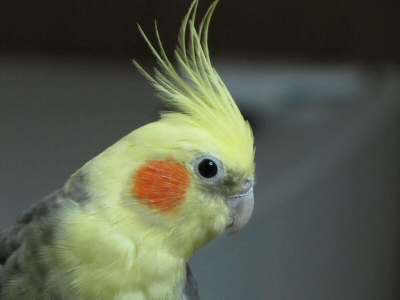 Night time shooting: this shot was taken with the aperture at f/2.8, the shutter at 1/30sec and the ISO at 800. It doesn't suffer from any blurriness and you can make out all the fine details in the bird's feathers and beak. You can also see that the large aperture renders the background with a lovely bokeh effect.

In tests we captured adequately clear, handheld shots with a shutter speed as slow as 1/3sec. Furthermore, the use of ISO 800 didn't render photos with a lot of noise or miscoloured pixels. You should be able to print out large photos (even greater than A3 size) without noticing many defects in the image quality. 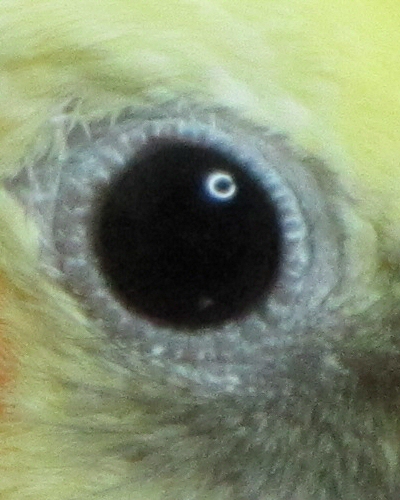 Excellent clarity: you can see from this image, which is a 100 percent crop of the bird photo above, that the image quality of the PowerShot SX20 IS digital cameras is superb. There is no blotchiness and even with an ISO speed of 800, the details of the bird are all clearly visible and accurately coloured.

The only problems with the PowerShot SX20 IS's image quality stem from the lens. You get distortion, which is noticeable on vertical lines, and you also get chromatic aberration between highly contrasting colours; but this doesn't show up in all scenarios.

Chromatic aberration: you can see chromatic aberration in the branches of the tree as they are backlit by the lightning. However, there is no noticeable fringing in the silhouette of the aeroplane's tail against the setting sun.

Don't be put off by the chromatic aberration and lens distortion as it was not obvious in many of our test shots, and overall opinion is that the PowerShot SX20 IS is a great camera. We recommend it to anyone who wants a large focal range and SLR-like controls, but who doesn't want the fuss and bulk of a digital SLR camera. It's image quality is superb, the controls and menu are easy to use, and its video mode is almost good enough to make you leave your dedicated camcorder at home when you go on holidays. We also liked that it uses disposable or rechargeable AA batteries (again, this comes in handy while travelling) and you'll only run through batteries if you regularly shoot videos.