A game with stacks of action sequences, but it's a shame you can't play through most of them With great cinematic presentation coupled with elaborate cut-scenes, Asura's Wrath had a vast amount of potential. It's just a pity the gameplay is a letdown.

Can something be too epic for its own good? Apparently it's possible, and Asura's Wrath is a good example. The game has a torrent of epic action sequences and awe-inspiring cut-scenes. It's just a shame you're watching — rather than playing — through most of it.

The story begins with Asura, a belligerent demigod who has a penchant for sprouting — and subsequently losing — multiple arms. He is one of the Eight Guardian Generals in the realm of Shinkoku and was betrayed by his seven other brethren. With his wife killed and his daughter kidnapped, he spent the next 12000 years in what is effectively 'Hell' to marinate in his rage.

Capcom's brand new IP, developed by CyberConnect 2, has been hyped as a different take on the action gaming genre. It is clear from Asura's Wrath that Capcom is trying to take more risks with its titles and it should be commended for that. Pumping out sequel after sequel is an easy money maker for publishers but that formula can get a tad stale. Perhaps Capcom's ambition fuelled the downright over-the-top nature of Asura's Wrath. 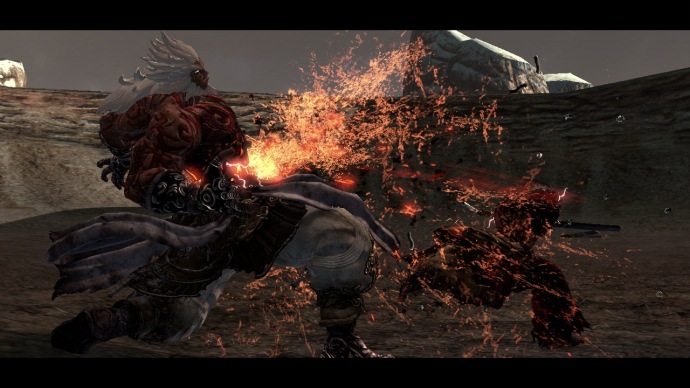 The game is very much story driven. Presented in an episodic fashion, there are even voiceover previews in between chapters. Loading screens are replaced by manga-style montages to fill players in on the finer details of the story, which is great for digesting the plot at your own pace.

Without giving too much away, the story is genuinely engaging. The dialogue is a bit stiff at times but the plot alone, with its many twists and turns, made the game addictive and I found myself looking forward to seeing what happens in the next episode. I now know what it feels like when my mother is hooked on those Asian period dramas.

I absolutely love the graphics of Asura's Wrath, which blends 3D models with stylised textures and anime character designs. The mixture of sci-fi and anime elements totally hit the spot for me. If this review was based on looks alone, I'd give the game five stars. 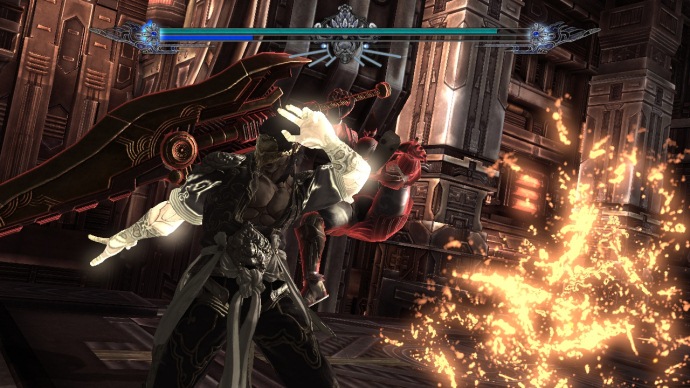 Asura's Wrath is cinematic with some of the action sequences playing out like a Chinese kung fu film. Players are often invited to participate in these action sequences by pressing certain buttons when prompted. In other words, there is a crap load of quick-time events (QTEs).

I'm not a huge fan of quick-time events — especially a flurry of them — during cut-scenes. Asura's Wrath tries to give it a twist by incorporating a 'synchronisation' points system, but I'm not entirely sold on the idea.

Often I forget I'm holding the controller during cut scenes only to be jolted back to reality with a token "push analogue stick up" on-screen prompt. It's not satisfying; it's just plain annoying. It gives players a false sense of control, which they would realise quickly and feel absolutely ripped-off by the whole experience. In my opinion, Asura's Wrath could do without half of the QTEs it features. 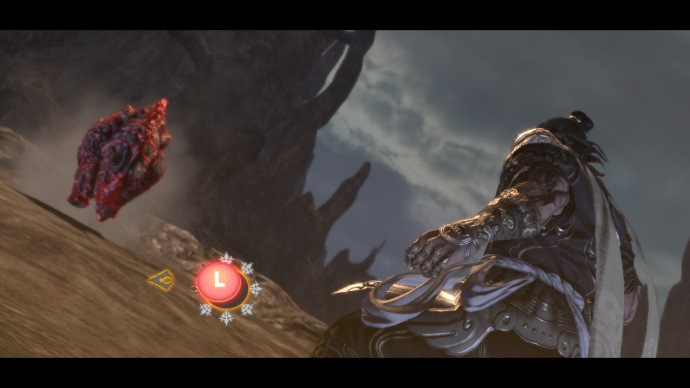 The predominant form of gameplay, which punctuates the swathe of cutscenes, can be compared to the frenetic Bayonetta, albeit in a more simplified form. Asura punches, kicks, slashes, and shoots his way through enemies. These contribute to a gauge bar that allows him to attain higher battle powers and ultimately builds up into a 'burst'.

Once the burst bar is full, Asura can charge into enemies and unleash his fury onto them which leads to some Dragon Ball Z-style takedown scenes. Different gauges can be acquired for different fighting options such as 'Defender', which is, of course, for a more defensive style of play.

On-screen prompts are also interwoven into the fighting mechanics in Asura's Wrath. Think God of War style QTEs where each button pushes Kratos into performing designated moves to destroy opponents or to jump from one falling pillar onto another.

While we're on the subject of God of War, Capcom seems to have created its own Kratos in the form of Asura. Both are partial to being bare-chested and have unique markings on their skin. Even their brooding, throaty voices sound similar — I was starting to suspect they were both voiced by the same actor.

Battles in Asura's Wrath often result in Asura looking as though he would lose, only to be saved by his rage. This usually involves him growing arms and/or performing some over-the-top manoeuvres to take down even planetary-sized enemies.

It must be said, it is extremely entertaining watching Asura's ridiculous takedowns, which teeter on being outrageously epic to obscenely comical. The experience is akin to watching late-night infomercials where the excited presenter says "But wait! There's more!" repeatedly.

As the game progresses, the battles get more crazy, which resulted in me chuckling many times while thinking "WTF?!". I'm pretty sure that's what Capcom is going for. 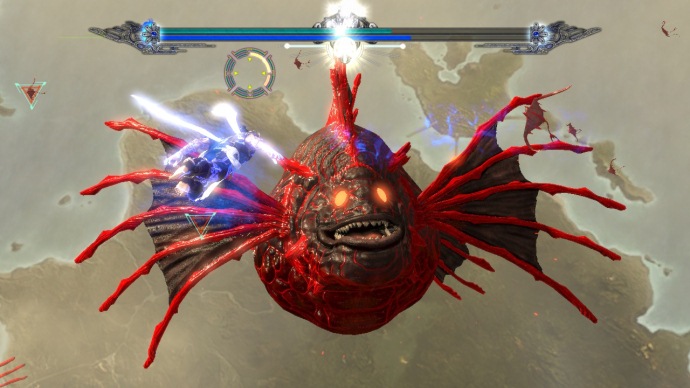 Ultimately, Asura's Wrath falls on its own sword by being too cinematic. Cut-scenes dominate the game and I'm left thirsting for more actual gameplay action. I refuse to count perfunctory QTEs as part of the gameplay, which doesn't actually leave much fighting to be done. It's like being on a Universal Studios ride: yes, you are technically involved, but you don't really have much control over what happens. 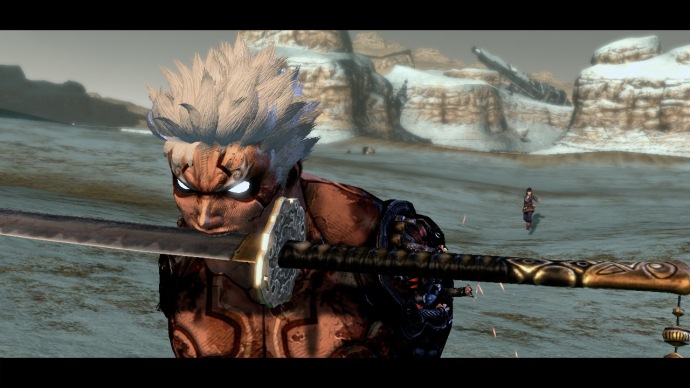 I can't fault the game for being too linear. After all, it does have a fantastic plot which doesn't leave much room for movement. It also doesn't leave room for multiplayer action or replayability. But being so rigid does mean the gameplay suffers as a result.

If Asura's Wrath was an interactive movie, it should be lauded. But as a video game, it falls kind of flat.