A near-perfect starter printer for a small office or workgroup. 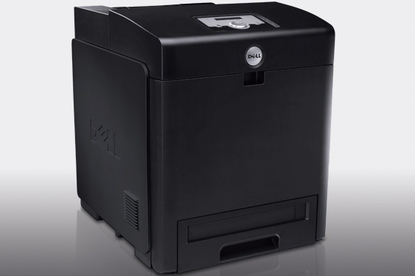 The Dell 3130cn would be a welcome workhorse for any small office or workgroup. It has the speed and print quality you'd expect from a colour laser, and it can expand with your business.

Dell's 3130cn Colour Laser Printer is a near-perfect starter printer for a small office or workgroup. It's extremely capable on all counts, and it has room to grow.

The tall, broad Dell 3130CN is as powerful as it looks. In our tests, plain-text pages burst out at a rate of 25.3 pages per minute (ppm), one of the faster times we've seen. Its tested graphics speed of 5.7ppm is extremely fast. The speed isn't the only thing that impressed us, though: text looks crisp and black, and photos appeared realistic even on plain paper.

With so much available power, we were surprised that Dell 3130CN omitted a duplexer from the unit's standard configuration; this would let you save on paper, and - with the 3130cn's power - you would barely notice the speed hit. Dell sells an optional duplexer, but a duplexer comes standard on two laser printers that cost far less than the 3130cn: Lexmark's C543dn and Konica Minolta's magicolour 2530DL.

Strategically placed decals and coloured markings make it easy to figure out common tasks such as loading paper and changing toner on the fly. A two-line, monochrome LCD with navigational buttons adjacent makes the Dell 3130CN's menus easily accessible.

Our only real peeve is with the Dell 3130CN's front panel. Well, actually there are two peeves in this area of the design: on the harmless side, anyone who wants to open that panel could easily unfold the multipurpose tray by mistake, because its pull-down handle is right on the front.

The harder-to-find side button, which opens the entire front panel of the Dell 3130CN to reveal the toner cartridges, also exposes the transfer belt; We're just waiting for some butterfingers to drop a toner cartridge right on this delicate piece.