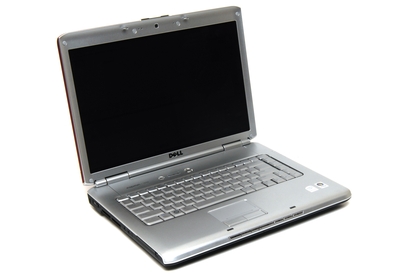 The new Dell Inspiron is a very nice choice if you're after a powerful and stylish notebook. We were impressed by just about every aspect of its performance and the new look gives it a touch of flare to boot.

Dell's latest Inspiron range not only uses Intel's latest Centrino technology for speed and power, but also adds a dash of colour for style. Internally, the Inspiron 1520 looks similar to the older models, but the new external aesthetic combined with the powerful components makes for a great all purpose machine that can handle most tasks you'll throw at it.

Our review model runs on Windows Vista Home Premium and offers one of the high-end Centrino Duo CPUs from Intel's latest Centrino platform (Santa Rosa), the T7500 2.20GHz CPU with an 800MHz front side bus (FSB). Not only is the processor speedy, but the greater bandwidth of the larger FSB allows more of that power to be put to use.

Also installed is 2GB of DDR2 RAM; an amount that seems to be fairly standard with many of the new Centrino notebooks. Rather than rely on Intel's new graphics chip, Dell has chosen to install an NVIDIA GeForce 8600M GT graphics chip for a little more oomph. All up these components helped the Inspiron 1520 do well in our tests and we were impressed by its performance in our battery tests, too.

Another nice addition that we can thank Intel for is Wi-Fi 802.11 a/b/g with the new draft-n standard added. Draft-n offers a theoretical maximum of 300Mbps, which is considerably faster than the theoretical maximum speed of the wireless g standard at 54Mbps. Unfortunately we're not yet seeing speeds anywhere near 300Mbps, but we are seeing some improvements.

Our review model doesn't include the Turbo Memory feature available in the new Centrino Duo models, but this is an optional extra. The 15.4in 1680 x 1050 screen is both clear and bright, though the same light leakage we've seen repeatedly on Dell machines is apparent near the edges of the screen. Apart from that minor issue the screen is quite comfortable to view, especially due to its good viewing angle.

In our benchmarks the Dell Inspiron 1520 did very well. In WorldBench 6 it scored a total of 80; a very nice result that indicates this machine will handle basically any task you can throw at it, from photo editing and video encoding to simple office applications. In our MP3 encoding test, where we encode 53 minutes worth of WAV files to 192Kbps MP3 files the Inspiron 1520 took just 115 seconds; the fastest notebook score yet, which can be attributed to the CPU.

In our gaming tests it wasn't as impressive, thought it's not a gaming machine as such. In 3DMark 2006 it scored a total of 2913, which indicates it's going to struggle on any newer more graphically taxing titles, but the score of 21739 in 3DMark 2001 SE shows it's more than capable of handling older games.

Surprisingly, all this power didn't ruin its battery life. In our DVD run down test, where we loop a DVD until the battery drains, it lasted just under three hours at 175 minutes. This is an excellent result if you're hoping to be away from a power source for long periods of time. Also note, as this test is particularly taxing, the Inspiron can be expected to last longer than three hours under normal circumstances.

If you are planning to watch movies on it, it's possible to do so using Dell Media Direct, which allows you to boot the system into a state where it can watch movies, play music and view images without all the overheads of the operating system draining the battery. The speakers aren't exactly high-quality, but will suffice when there's no other option and naturally a headphone jack is available. The system comes with a swanky little remote and there's a set of media controls such as play/pause, forward and back and volume adjustment on the front edge of the notebook, too.

Although the lid showcases Dell's new colours, the inside sticks to the silver aesthetic of old. The keyboard is spacious and comfortable to use and the touchpad is quite responsive. A Media Direct button resides near the power button above the keyboard for access to this feature. Also installed in the bezel above the screen is a Webcam for online video chat.

A total of four USB 2.0 ports are features as is one mini FireWire port and an Express card slot. Both VGA and TV-out (S-Video) ports are installed and there's a 56k modem as well as a 10/100 Ethernet connection. Bluetooth is available alongside the aforementioned Wi-Fi.