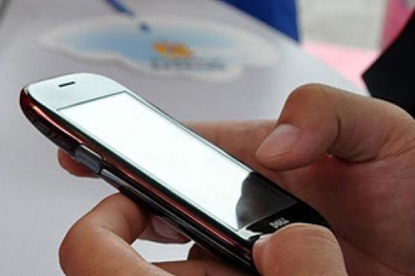 It's too early to say with any degree of accuracy how successful Dell's foray into the world of smartphones will be. But the early portents are good.

The Dell Mini 3i smartphone is one of the first Ophones in the world, a brand promoted by China Mobile to make sure consumers know it uses the Linux-based Open Mobile System (OMS) developed by the company.

OMS is very similar to Android, the reason Dell Mini 3i will release the handset elsewhere with Google's popular mobile phone OS inside.

The Dell Mini 3i will not work on China Mobile's 3G network, which is based on China's home grown TD-SCDMA (Time-Division Synchronous Code Division Multiple Access) technology.

The Dell Mini 3i handset currently operates on Quad-band GSM/GPRS/EDGE networks, but a new TD-SCDMA version of the smartphone will launch in February in China, the China Mobile representatives said.

We had a chance to try out the Dell Mini 3i briefly in China Mobile's offices in Shenzhen.

The Dell Mini 3i smartphone sports an attractive 3.5-inch touchscreen and was surprisingly thin and light. The device appears to be made of plastic, which is light and glossy, similar to that used in many netbooks today.

One drawback of the handset's casing was that fingerprints mucked up the shine and it required constant wiping off.

The touchscreen functionality was smooth, but we could not get a stylus to work on it. The screen only responded to finger touch. It doesn't appear to come with a stylus, so we used one from our own smartphone just to test it out.

We were not able to obtain a specification sheet for the smartphone, so could not closely check many additional features. It does, however, have a digital camera on the backside, which is reportedly 3-megapixels, and it has a flash beside the camera.

One of the Mini 3i's we played with was black, while the other was burgundy. The handsets had mini-USB ports and several buttons on the sides, including volume and power.