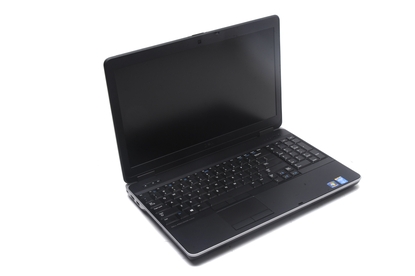 When you get a workstation like this, it's because you want to be able to work wherever you are, with the files and software that you need for the job. For this reason, the Precision M2800 we're reviewing here comes kitted with a Core i7-4810MQ CPU, 8GB of RAM, and both integrated and discrete graphics adapters.

The internal graphics are courtesy of the Intel CPU and are used when the system doesn't need the power of the discrete graphics, or when the system is running on its battery in a power saving mode. The discrete graphics take the form of an AMD FirePro W4170M adapter with 2GB of VRAM, and this isn't a consumer-grade graphics adapter that's designed for gaming. Instead, it's an adapter that can be used to accelerate the processing of your work in design, 3D, and video applications such as Adobe Creative Cloud, AutoCAD, and Solidworks.

That said, you can still run some games on this thing in your downtime, as its scores in 3DMark can attest. It recorded 1684 in Fire Strike, 9759 in Cloud Gate, and 2868 in Sky Diver, all of which are at the middle of the scale for laptops we've reviewed recently. Battlefield 3 returned a Full HD frame rate average of 27.

Its 4th generation Core i7-4810MQ isn't anything like the ultra-low voltage 'U' models that are so common in smaller laptops. It provides a burst of power that is on par with many desktop PCs, and this was shown in our Blender 3D rendering test, in which it recorded a fast time of 18sec. It's the fastest CPU available for this notebook, with a frequency of 2.8GHz (3.8GHz in Turbo mode), four cores, and Hyper-Threading. There are options for slightly tamer Core i7 models, as well as Core i5 if you want to keep the costs down (though the M2800 is geared more towards users who are after a more of a 'budget' workstation, depending on the configuration).

Storage is handled by a 1TB solid state hard drive (SSHD) from Toshiba, which has an 8GB solid state cache built in to help speed up things such as the system boot time and the launching of regularly used applications. The formatted capacity of the drive is 921GB, so it allows for plenty of large files to be stored directly on the notebook. Its performance was decent in CrystalDiskMark, recording a sequential read speed of 176 megabytes per second (MBps) and a sequential write speed of 105MBps. There is an option for encryption software.

After the M2800 has been working for a while, its single fan starts to spin fast noticeably and plenty of warm air can be felt exiting from the exhaust vent on the left side. You'll need to keep this in mind and make sure you don't sit anything close to the vent to impede the airflow. You also won't want to be using the computer on your lap during times when the processor and graphics adapters are in full flight, as the bottom can get quite hot.

Physically, the M2800, with its 15.6in screen and full configuration, is a hulk of a machine (over 2.6kg) that you won't want to use on your lap anyway. It will require a sturdy bag with strong straps to cart it (and its power adapter) around on a daily basis, and it's not something that can be used easily during a commute. With the 9-cell, 97 Watt-hour battery installed (it's optional), the notebook gets even bigger as the battery sticks out of the spine. It lasted 3hr 20min in our tests, in which we disable power management, enable Wi-Fi, maximise screen brightness, and loop a Full HD, MP4 video.

It's thicker than most notebooks on the market, and this is because it needs appropriate space on the inside for its heat sinks and the fan, and there is also a built-in optical drive on the right side. It's one of the few notebooks on the market to still come with an optical drive built in to it, and it's a requirement for this class of machine where you might still need to load drivers off a CD, or for when a client sends you work files on a DVD rather than through the Cloud.

Metal hinges are most prominent in the design of this notebook, which looks more like a Dell Latitude rather than a typical Precision model. It's not meant to be a flashy system, but instead one that will serve you and your work for years to come (unless you mistreat it or have an accident). It's heavy, as solid as a notebook of this size can be, and has a drainage hole in case you end up spilling your drink on the keyboard.

The keyboard is a joy to type on. The keys are soft and backlit, and not much force is required to leave your mark on the screen. Travel and responsiveness is comfortable, and the keys don't rattle or make excessive noise. It's a full-sized keyboard that includes a number pad on the right side, and it's not a number pad that's been squeezed in just for the sake of it; its keys are the same as the rest of the keyboard and easy to run-over when you want to crunch numbers quickly.

A TrackPoint-like device sits on the keyboard as part of this notebook's dual-pointer strategy, and since it's slightly recessed, it doesn't get in the way at all while typing. There is a small touchpad (it could stand to be wider) located just under the Spacebar, and it's not a good one. Being a Dell notebook, that didn't surprise us. We've seen our fair share of sub-par touchpads on Dell laptops in the past, and we didn't have high expectations for this one, despite it being a high-end machine.

It's a pad that doesn't feel like it responds quickly enough to multi-finger gestures such as two-finger scrolling and three-finger swiping, and its driver doesn't let you use a normal scrolling direction -- that is, when you make a downward scrolling motion, the page goes up instead of down, similar to what happens when you drag your finger down a touchscreen. That said, you do get used to it after a long while.

This doesn't have a touchscreen. It's a non-touch, matte screen, which ensures that reflections won't be much of a hassle when working in brightly lit environments. The the brightness level of the screen is also very high so that you can make things out easily in such environments. One thing we will say is that the screen can't be dimmed to a comfortable level. Using this laptop at night, you are sometimes left wanting to decrease the brightness a little more. The colours and clarity of the screen, which has a Full HD native resolution, are good enough for editing photos and videos when you aren't docked to your desk monitors.

An HDMI port is located on the left side, while there is a VGA port just around the corner from it on the spine. Four USB 3.0 ports are present on on each edge of the chassis (except the front), and there is also a Gigabit Ethernet port, a headset port, and a full-sized SD card slot. The SD card slot's location at the front of the chassis is inconvenient. It's placed just under the lip of the chassis, which means getting cards in an out requires dexterous fingers, or a movement of the notebook's body upwards.

For wireless networking, there is a dual-band Intel Wireless-AC 7260 module installed, which connected to our 802.11ac routers with a link speed of 866Mbps (megabits per second). On a good enough router, such as a FritzBox!, we were able to copy large files at an average rate of 37.1MBps (megabytes per second). Bluetooth is also present, and this worked fine for connecting to Bluetooth speakers. That said, the speakers on this notebook are quite loud.

This is a notebook that should only be considered if you are a professional. Architects, engineers, or anyone else who needs to run design and modeling software on a computer that can be taken home and onto job sites will benefit from the Precision M2800. For the rest of us, there are Ultrabooks.

If you're after a workstation with more display potential, Dell's Precision M3800 has been updated to feature a 4K (3840x2160) touch display option, as well as a Thunderbolt 2 interface.

Note: the price is listed as TBA as you need to call Dell to order this product and there are various configurations to choose from.