Dell XPS 14z review: A 14in laptop with good speed, features and sturdiness, but let down by its input devices 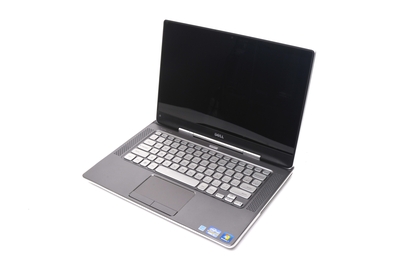 If it had a better keyboard and touchpad, the XPS 14z would be at least a 4-star notebook. It offers great performance and features for its size and price point, making it suitable for anyone who wants plenty of power and convenience in a unit that's also very mobile.

The Dell XPS 14z offers a fantastic mix of performance, mobility and strong build quality for a reasonable cost. It's a laptop that's been designed with home users and students in mind, but business users may also want to check it out. At 14 inches, it's a slightly smaller model than the XPS 15z that we reviewed back in June. It sports a different layout to that model, but the keyboard is practically the same, albeit scaled down, and while it's a good notebook overall, it's still a notebook that feels somewhat uncomfortable to use.

The configuration of the XPS 14z is perfect for anyone who requires lots of grunt from a small and reasonably inexpensive package. It features an Intel Core i7-2640M CPU, which has a speed of 2.8GHz, two cores plus Hyper-Threading. It's joined by 8GB of RAM, an NVIDIA GeForce GT 520M graphics adapter (with Optimus switching technology) and a 7200rpm, 750GB hard drive (WD7500BPKT-75PK4T0).

It performed as expected considering its processor class, recording a time of 36sec in our Blender 3D rendering test and 57min in our DVD-to-Xvid transcoding test. Its hard drive proved to be zippy: in CrystalDiskMark it recorded a read speed of 114.6 megabytes per second (MBps) and a write speed of 114.3MBps. In our own file duplication tests, it recorded 53MBps, which is also a good speed. As per usual with Dell machines, the XPS 14z is configurable, and you can choose a solid state drive if you wish.

Graphics performance out of the NVIDIA GeForce GT 520M adapter was standard — it recorded 5430 in 3Dmark06. This is comparable to the score attained by the GeForce 520M adapter in the Acer Aspire 5750G, for example. However, the adapter in that laptop provided a boost over 50 per cent compared to its integrated Intel graphics, because it had a slower CPU. In the XPS 14z, the NVIDIA adapter provides an improvement that is less than 10 per cent compared to the integrated Intel Core i7 CPU's graphics (5040 in 3DMark06). In this case, we don't see the need for a discrete graphics adapter that doesn't offer a dramatic increase in performance.

When the laptop is running under a full load, its extraction fan kicks in to keep the innards cool and it's fairly loud. However, it's not as loud as other laptops of a similar form factor that we've tested. The base of the unit barely gets warm during everyday use — you can use it in your lap for a long time and browse Web pages and create documents without the laptop getting noticeably warm. 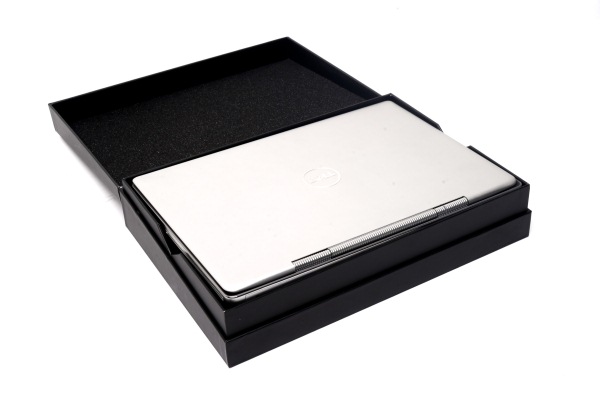 The XPS 14z comes in a stylish little package, but this is packed inside a much larger box when you buy it.

Battery life turned out to be a little less than expected in our rundown test, in which we disable power management, enable Wi-Fi, maximise screen brightness and loop an Xvid-encoded video. The XPS 14z lasted for 3hr 25min, which is 10min less than the Core i7-equipped MSI X460 14in laptop and 24min less than the Acer TravelMate 8481G. When you use the laptop for basic Web browsing and document creation, it should last longer, and if you make the proper optimisations, even longer still. The screen doesn't have an ambient light sensor, so you'll have to adjust the brightness manually.

A battery level indicator on the right side of the unit can let you know how much juice is left without you having to first boot up the laptop.

The screen itself is 14in and has a native resolution of 1366x768. Dell claims that it's been able to fit it in a laptop form factor designed for a 13.3in screen, and the XPS 14z is indeed smaller than a typical 14in laptop. The edge-to-edge glass of the screen looks good, but there is a black border between the screen and the physical bezel that is hard to ignore — this is similar to the aforementioned Acer Travelmate. Furthermore, the screen is reflective and not overly vibrant. However, it's fine for basic Web browsing, and viewing photos and the occasional video.

We like the balance of the laptop, which is so good it allows you to lift the latch-less screen with one hand while it's resting on a flat surface. If the laptop is in sleep mode, it will start up almost immediately when the lid is lifted, allowing you to quickly get back to the work you left open. The build quality of the laptop is also very good on the whole — its one-piece chassis is constructed from anodised aluminium and its palm rest is magnesium alloy, and it takes a lot of force to make the unit bend. There aren't any access panels for the RAM or hard drive, and the battery is not removable.

The overall thickness of the unit is around 23mm and it weighs a smidgin over 2kg. It's not as thin and light as an Ultrabook, but it has a lot more features, including a built-in, slot-loading DVD burner and dual-band Wi-Fi (Intel Centrino Advanced-N 6230). You also get three USB ports (one of them USB 3.0-capable), Gigabit Ethernet, Bluetooth, HDMI, Mini DisplayPort, a webcam, an SD card slot and microphone and headphone ports. All of these features except for the SD card reader and audio ports are located on the spine of the notebook. This is a nice design for those of you who want to keep a neat desk with no cables protruding either side (headphones notwithstanding), but it can be very annoying if you need to regularly plug in USB dongles or storage devices. 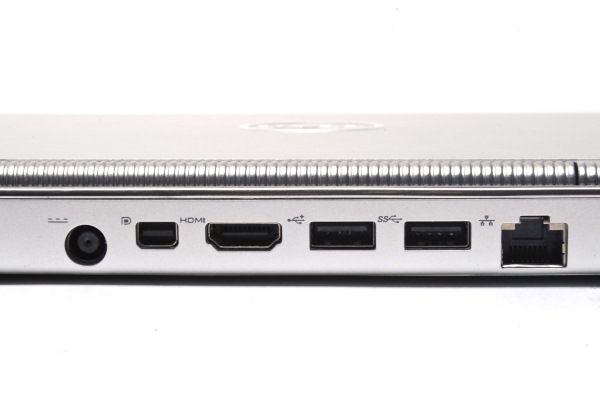 The majority of the ports are located on the rear area of the XPS 14z.

As was the case with the XPS 15z, our biggest quibble with the XPS 14z is with its keyboard. The backlit keyboard on the 14z is a little better than the one on the 15z, but it still feels a little off. The keys have a 'squishy' feel and a rounded resign that can make them uncomfortable to hit. They could use more crispness and better travel, and also a squarer design. The touchpad on the 14z wasn't always accurate. Sometimes, taps to perform a single- or -double-click action moved the pointer slightly off the intended target. Furthermore, we found the position of the touchpad, which is equidistant from the left and right sides of the laptop, to sometimes get in the way while typing. All these things said, we're sure you could get used to this keyboard and touchpad after using them for a while, but we're also sure Dell could make them better. 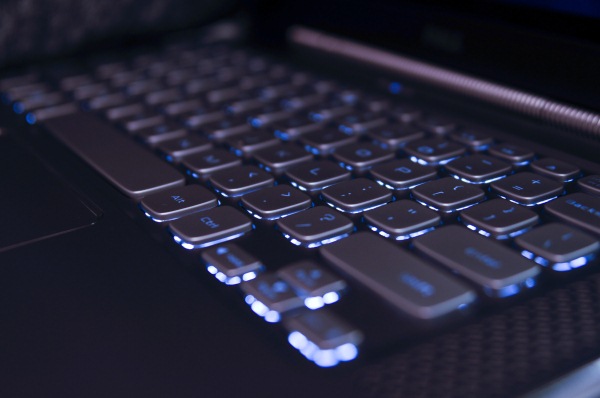 The keyboard is backlit, and looks good in the dark, but it feels uncomfortable to use. We guess you could get used to it after a lot of usage.

For what it is, which is a compact, 14in laptop with plenty of speed for under $1500, the Dell XPS 14z is an enticing and worthwhile proposition. It supplies good performance and features for its size and it's easy to carry to and from work or the lecture theatre (even with its relatively big, standard power adapter). However, its input devices aren't crash-hot and its screen is too glossy and lacking a little when it comes to displaying rich colours.