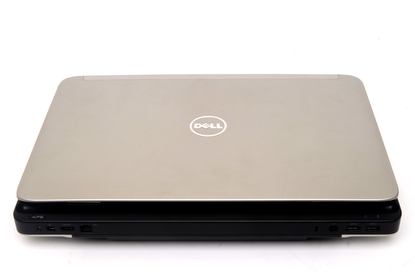 There's no doubt the Dell XPS 17 (1710X) is a great desktop replacement notebook. It has lots of power and storage capacity, modern connectivity and it even includes a touchscreen. You can use it as a gaming machine, a media centre or just for boring old office work. It's not perfect though: it could use an expansion slot, and the way the internal layout has been designed means that the palm rest gets very hot when the graphics card is in use.

The Dell XPS 17 (1710X) is a desktop replacement notebook that's primed for use as a gaming laptop, a media centre or a mobile workstation — the best part is it costs well under $2000! It's a versatile Dell notebook with a 17.3in touchscreen and a high-end configuration that includes a quad-core Intel Core i7 CPU, two hard drives and a powerful NVIDIA graphics processor. Dell has done away with many older connectivity options, such as VGA, but included mod cons such as DisplayPort, instead. 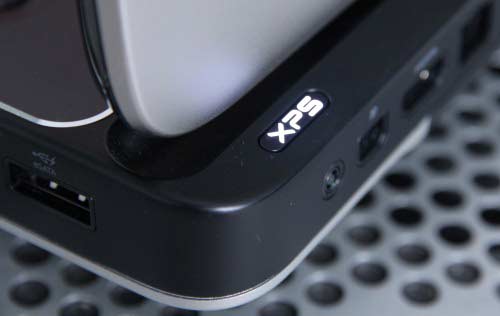 The Dell XPS 17 (1710X) is a big notebook: its base is 415mm wide and 285mm deep, and it weighs just over 4kg. It's not a unit you will want to use on your lap, and you won't want to transport to and from the office too often. It feels well built, and has a large multitouch touchpad and a very sturdy, backlit keyboard. 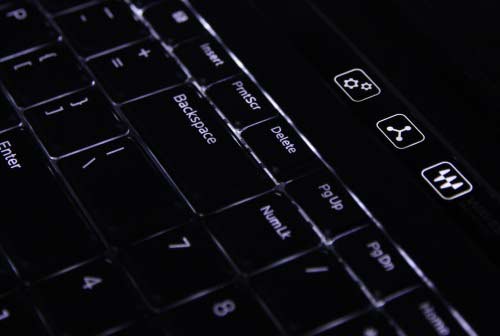 The XPS 17 has a backlit keyboard as well as backlit, touch-sensitive shortcut buttons.

Along the sides of the notebook are two USB 2.0 ports (one of which also doubles as an eSATA port), three audio ports (including digital output), an SD card slot and a Blu-ray drive (or burner, depending on the configuration you opt for). More connections are located along the rear of the notebook: you get two USB 3.0 ports, a Gigabit Ethernet port, HDMI and DisplayPort, and an antenna port for the internal digital TV tuner. It lacks FireWire and VGA, and it also doesn't have an ExpressCard expansion slot. We're not at all sad about these omissions, though it would be nice to have an ExpressCard slot in case you need to use FireWire or an expansion dock in the future. The XPS 17 also has Bluetooth, 802.11n dual-band Wi-Fi, and a 0.9-megapixel, Skype-certified webcam.

A big battery sits underneath the XPS 17 and its height gives the unit a little bit of a forward slant. The battery is rated at 90 Watt-hours and it lasted 2hr 13min in our rundown test, in which we disable power management, enable Wi-Fi, maximise the screen brightness and loop an Xvid-encoded video. This is a better result than some big 15.6in notebooks we've tested, which average less than two hours (granted, with batteries that have around a 50 Watt-hour rating instead).

We see the good battery life coming in handy if you ever want to plonk the notebook on a coffee table and huddle up on the couch to watch a movie, but that's it. It's a chore to move the notebook away from your desk, and dreadfully uncomfortable to use on your lap.

If you want to use the XPS 17 (1710X) out on your balcony or in your yard, you'll get annoyed by the highly reflective screen. Even placing it near a window on a cloudy day will cause lots of reflections to appear on the screen. Basically, it's not a notebook that you can comfortably use outdoors or in bright areas.

The multitouch touchscreen has a resolution of 1600x900. The large display is useful when you want to line up windows side by side, but the touchscreen is something that's more of a novelty for impressing your friends rather than something that will make you more productive. In saying that, it can be fun to use your fingers to switch Web browser tabs, to zoom and rotate photos, and to select music and video files. Using the touchscreen in this way for a prolonged period of time can be tiring, however.

Dell ships the XPS 17 with a touch interface called Dell Touch Zone, which takes up almost a third of the space on the Desktop when it's open, and it can be used to launch image, music, video and Web applications. At the top of the screen you will find the Dell Dock, which allows you to perform many similar tasks — it's more annoying than useful. All up, the touchscreen has limited usefulness and how handy it is will depend on the applications you use.