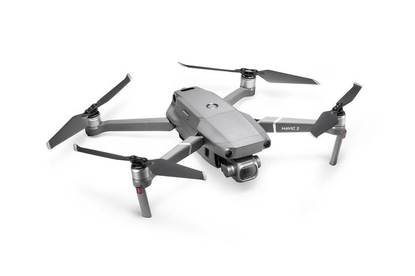 Make no mistake, the DJI Mavic 2 Pro is definitely a drone worth getting hyped up about. But unless you’re a diehard, it’s difficult to say whether it’s going to be worth grabbing on day one at full price.

There are few out there who’d dispute the reality that DJI make the best drones consumers can realistically buy.

Yes, Parrot do offer some strong alternatives if you’re more interested in flying than filming. Yes, Ehang do match some of DJI's feature-rich hardware. But if you’re looking for best-in-class camera drone, DJI dominates the field - and for good reason.

Drones are an expensive hobby. And most enthusiasts don’t have the money to burn on risky brands. DJI have a strong record for making drones that are easy to use, capable of producing great content and don’t fall out of the sky. The logic is self-explanatory.

Still, I can’t help shake the idea that maybe it’s a little too straightforward. The new DJI Mavic 2 series - broken out into the Pro and Zoom models - is as cutting-edge as prosumer drones come. However, at the same time, it’s almost-overwhelming in its incrementalism.

The Mavic 2 Pro sees DJI extend their lead in the category, but I wish it was a little less predictable and by-the-numbers in how it approached that feat. When the only thing on the horizon is more of the same, it’s hard to muster too much excitement about it.

It’s not really a surprise that the Mavic 2 Pro’s design is as similar as it is to the earlier Mavic Pro. When you have a formula that works this well, there’s minimal incentive to go back to the drawing board.

As grey and slimline as these things come, it looks like yet-another-quadcopter drone with a gimbal slung to its underside. Compared to the previous Mavic Pro, the Mavic 2 series promise less noise and better aerodynamics. It also boasts a longer flight time of 31 minutes on a single charge.

In terms of pre-flight prep-work, it’s as dead-simple as drones come these days - even if it is subject to a few the same irksome irritations.

You’d think that charging the battery, pivoting the Mavic 2 Pro’s arms into position and attaching the propeller blades would be all you need to go. But alas, you’ll probably have to go through a deluge of firmware updates - both for the Mavic 2 itself and the remote controller - before you do any flying.

Obviously, there are perfectly-good, rational reasons for this. However, when the process of those updates can burn through half of a full-charge on the single battery that the Mavic 2 Pro comes bundled with, it can be a real very real (and time-consuming) hurdle to overcome.

Again, as with the Mavic Pro, you control the drone by downloading the DJI Go app, plugging your Android or iOS smartphone into the radio controller and then using the physical buttons to manipulate and control the drone and its Hasselblad camera. As is the norm, you can take both photos and video content using the camera.

By default, any captured content is saved right to the Mavic 2 Pro - which itself boasts 8GB of on-board storage. The drone also supports expansion via Micro SD.  It’s all very smart. Once one storage option is full, it’ll automatically start saving to the next.

In fact, on the whole, the user experience offered by the Mavic 2 Pro does a more-than-impressive job of channeling this savviness. It’s smart where it needs to be and, arguably, where it counts most. The software here is super-polished and, if wasn’t quite so overshadowed by the hardware, I’d definitely highlight it as an area where DJI still has a major edge over the competition.

Though the sophomoric branding might suggest otherwise, this really does feel like the Pro version of the existing DJI Mavic Pro in terms of looks, feel and features more than it does a successor or follow-up.

Of course, there are some more tangible differences and improvements to be felt in the actual capabilities of - and the real-world performance offered by - the DJI Mavic 2 Pro.

DJI say that the Mavic 2 series of products represent their first drones that features cameras co-developed by Hasselblad. And the results are really impressive to behold. It supports 4K video recording in HDR via the HLG standard. However, being honest, it just don’t feel like the massive leap forward you’d expect given the pedigree involved.

Compared to the camera on the DJI Phantom 4 Pro, the camera on the DJI Mavic 2 Pro feels like a step in the right direction where it ought to be a stride. It’s better, but unless you’re the kind of user who needs or wants the best, it’s hard to reconcile it as better enough to justify the difference in price.

The DJI Mavic 2 Pro also supports a slew of cool, easy-to-deploy maneuvers. You can get the Mavic 2 Pro to orbit a stationary object. You can get it to orbit a non-stationary object. There’s ActiveTrack 2.0, which allows the drone to lock onto a moving object and follow it at a distance. There’s ‘Dronies’, which allow you to film outwards from yourself. There’s even a new rocket shot that takes up off the ground and pans downward.

There’s also hyperlapses - which are essentially time-lapses that incorporate drone movements - and new "super resolution" shots - which stitch together multiple high-resolution versions of an image to produce an effective 48-megapixel shot.

These maneuvers all work as in intended. Even if you’re an amateur pilot, it feels like you can produce incredibly polished aerial photography and videography using the Mavic 2 Pro. After my first afternoon messing with it, I came away really excited about the implications of what the DJI Mavic 2 Pro’s ability to act as an aerial cameraman. It feels easy to envision a future where an aspiring filmmaker could rely on them to produce crane, tracking or overhead shots that would otherwise be out of their reach and budget.

And if that’s DJI’s pitch for the future of drones, then that’s probably a future I’m very interested to see realised. Unfortunately, as noted above, most of this isn’t exactly new. You could already do most of these things - minus hyperlapses and super-resolution shots - with the previous DJI Mavic or Phantom drones.

If we’re talking nuts and bolts performance, the Mavic 2 Pro is definitely the better product. However, depending on your own circumstances, I don’t know if I can honestly say it’s better enough to justify upgrading or choosing the Mavic 2 Pro over its now-discounted predecessors.

If you’ve been waiting for prosumer drones to get compact, reliable and advanced enough to actually use, the DJI Mavic 2 Pro is hands-down the most compelling option out there. But it doesn’t really have any meaningful competition at this point.

Not unless you already own a DJI drone and, if not, then probably not until DJI shore up their lineup with their next product. It’s an exciting piece of tech. But it’s also very rote in a way that worries me.

In the right hands, the DJI Mavic 2 Pro is an incredible filmmaking and photography tool. But it only really feels just that little bit better than what’s come before. It doesn’t really offer anything in the way in the way of meaningful innovation and it doesn’t try to break down any of the established limitations on the modern consumer drone experience.

What’s more, based on those qualities, it’s probably fair enough to expect that whatever comes next will likely offer up this same incrementalism. If DJI’s next big drone is just around the corner, ready to push the price of the Mavic 2 Pro down, buying it right now might not make sense for everyone.

Make no mistake, the DJI Mavic 2 Pro is definitely a drone worth getting hyped up about. But unless you’re a diehard, it’s feels like a reach to say it’s going to be worth grabbing on day one at full-price.