It’s rare to see a new RPG franchise hit the market with this level of production values. It’s worth checking out for that reason alone

Kingdoms of Amalur really is the product of a dream team of visionaries; pulp fantasy master writer, R.A Salvatore, comic book art legend, Todd McFarlane, and visionary game designer, Ken Rolston. While Amalur doesn’t quite live up to the expectations you might have for the product of these legends, it does a great job of being entertaining pulp fantasy.

The game kicks off with the standard tutorial dungeon that introduces you to your main enemy (a riff on the traditional fantasy evil Dark Elf type called the “Tuatha”), and the various methods in which you’ll take down those enemies. There’s a spot of stealth, some brutal and fast combat, and a bit of archery. By the end of the tutorial you’ll likely have an idea of what kind of character you want to play – which is just as well because after that tutorial the game largely leaves you to your own devices.

Amalur has a quest structure a bit like the Elder Scrolls games. There’s a “main” quest, sure, but it’s about the least interesting of the game’s plot lines. Every village, town and city is brimming with people that need help, and in keeping with the MMO tradition (which this game borrows heavily from) those people have big “!” marks above their head. It’s compelling to go up to these people and hear their stories, though a clunky quest logbook will mean the more OCD people will be driven mad by the constant bouncing around between objectives that they’ll be doing.

The quests themselves do a fairly poor job of breaking away from the traditional assassination missions and fetch quests, but they’re presented in a way that feels, if not fresh, interesting. Dialogue is well written, though decidedly pulp in execution. 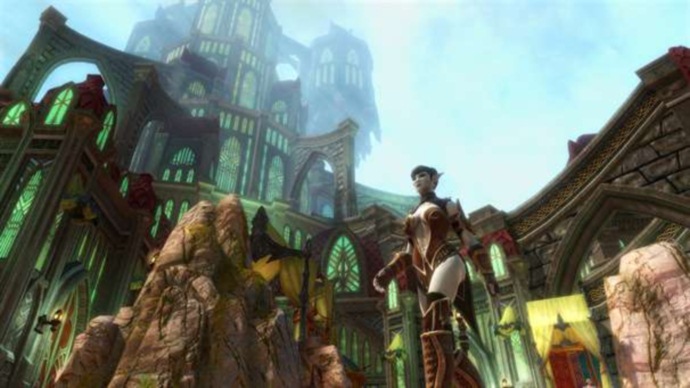 The kingdom of Amalur

It helps that the setting backs up the writing perfectly. This is a world of high magic and real wonder, and McFarlane’s art direction suits it brilliantly. Every new location, and every new hulking monstrocity you encounter walks a perfect line between being original, and sticking to popular conventions.

If there’s one thing Amalur doesn’t want to do, it’s to be unpopular. This is a game that has been crafted to appeal to just about everyone. The combat is accessible and visceral, even if you just want to button mash through the easy difficulty levels. At the same time, there’s nuance to it, so the skilled players should be somewhat tested on the high difficulty levels. That’s not to say the game is ever really challenging – Dragon Age Origins this is not – but it’s enough to keep the attention of the hardcore RPG fans. 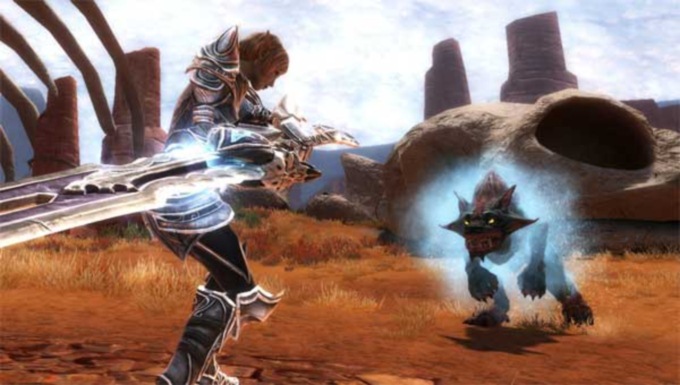 The downsides, such that they are, are really minor. Owing to the MMO roots of the game, there’s an awful lot of loot to be found, and only a limited number of inventory slots. The inventory, too, is a clunky menu to wade through, and inventory management is a real chore.

Though there’s a robust skill tree in place, it’s a little hard to get too invested in your avatar when she/ he has no in-game personality (in cut scenes, they just stand mute while being talked to), and little challenge in-game to make you think about skill allocation carefully. Skyrim and the Elder Scrolls games get away with it better because by default they are played out in the first person, which is a more personal window to the game world. Amalur’s third person camera works well for the combat, but is a depersonalising way to experience the world.

It’s great to see another fledgling western RPG franchise with real potential and talent behind it. Kingdoms of Amalur is a good foundation for the series. Hopefully future games can develop the world further, as it’s currently lacking the same sense of history of Skyrim and the Elder Scrolls games, and bring a little more challenge to make the whole journey feel even more worthwhile next time.