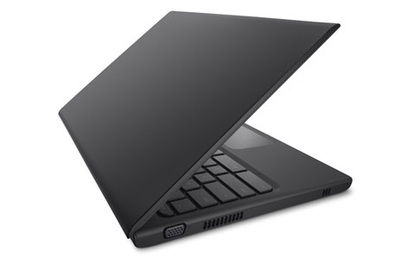 Try this: shut down every application on your PC except for Google Chrome. Maximise the Chrome window. Voila! You're now looking at an amazing facsimile of Chrome OS. Add a few apps from the Chrome App Store and the resemblance will be exact.

What's most striking about the Google CR-48, the company's proof-of-concept Chrome laptop, is just how little there is to it. It's really just the Google Chrome web browser in a flat black box. There's no desktop, a rudimentary file system that you can't access directly and virtually nothing else that can't run in a browser.

So is the Google CR-48 worth all the fuss? Here's our Google Chrome netbook review.

Let's start with the operating system. Curious about Chrome OS? Try this: shut down every application on your PC except for Google Chrome. Maximise the Chrome window. Voila! You're now looking at an amazing facsimile of Chrome OS. Add a few apps from the Chrome App Store and the resemblance will be exact. 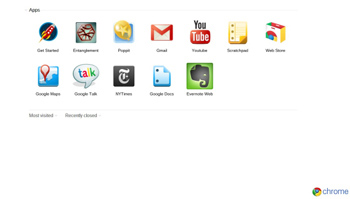 The Google CR-48's minimalism isn't necessarily a bad thing and some people may quite like it. The same could be said for Google Chrome OS. But this does raise the question: What's taking so long? If Chrome OS is really just a stripped-down version of Linux (as it appears to be) whose main responsibility is simply to run a browser, why should it take about two years between the announcement of the OS and the appearance of commercial laptops that run it?

It's hard to believe that the holdup of the Google CR-48 is down to the complexity of Chrome Apps. Many that I've used are simply smart bookmarks that deliver you to a web page; in some cases, they deliver you to a service like Gmail without having to log in. That's useful, but doesn't seem like a major coding achievement.

Others, such as the New York Times app, deliver an experience you can't get solely through the website. But that experience won't come as much of a surprise to anyone who's used the Times app on other platforms such as Google Android or Apple iOS.

Our Google CR-48 notebook came with nine apps already installed: a 'getting started' tour of the notebook; two games, Entanglement and Poppit; links to Gmail, YouTube, Google Maps, Google Talk and the Chrome Web Store; and a rudimentary note-taking app called Scratchpad. Scratchpad has the distinction of being the only app of the bunch that clearly stores files on the CR-48 itself. (The Google CR-48 notebook comes with a solid state drive, but Google hasn't revealed how big it is.)

You can type out short notes in Scratchpad on the Google CR-48 and the app will automatically store them locally and, in theory, sync them to your Google Docs account if you wish. My notes never showed up in my Google Docs account, though.

While there is a file system on the Google CR-48, you can only access it under special circumstances. There's no equivalent of Windows Explorer to let you view and manage your files. Instead, you can find them only when Google Chrome OS decides you need to. Scratchpad files, for instance, you can find only through the app itself.

When I went to the online photo-editing site Picnik and clicked the Upload File button, a window popped up that showed a number of folders with the kinds of names you'd see on most Linux machines - root, var, lib, and so on. That allowed me to upload a file I'd earlier downloaded from Google Image search, but I would have had a hard time finding it without search - there's no obvious organisation for where files are kept.

The only way to make changes to your CR-48 system is through the Settings menu in the Chrome browser. That's where you'll monitor your internet access and make changes to network settings, manage user accounts and the like. 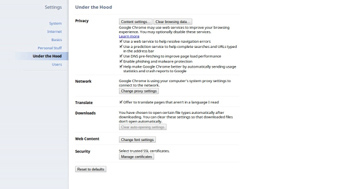