Google Pixel 2 review: not quite 'pixel perfect' but damn close 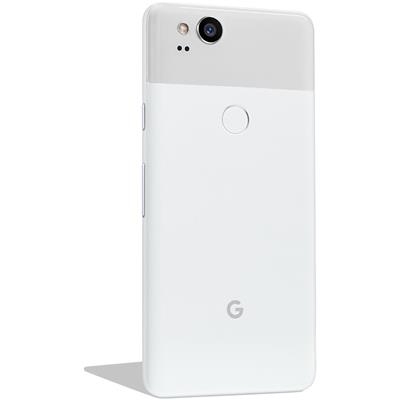 If you want a smartphone that’s as clean as they come and brilliantly-effective at tackling the everyday problems it sets out to solve, the Pixel 2 is a clear-cut winner.

Google’s first generation of Pixel devices made a big splash last year. However, despite the misfortune that befell Samsung’s Galaxy Note 7 and a massive advertising campaign, limited supply held the Pixel back from taking over the world. The Pixel’s moment of dazzling excitement quickly gave way to The Next Big Android Phone. A big splash is still just a splash after all. It’s act of unveiling brilliant in one moment, but gone the next.

Now, a year later, Google have refreshed their first-party Android sub-brand by releasing two devices that - somehow - manage to be just as remarkable as their predecessors. What’s more, the Pixel 2 and Pixel 2 XL are arriving with not just a reputation to uphold but a clearer sense of purpose. They boldly go where the initial Pixel feared to tread.

From the iClones of the mid-tier to Andy Rubin’s Essential phone, plenty have tried to pitch themselves as ‘the Apple of Android’. However, with the Pixel 2 and Pixel 2 XL, it’s clear that - funnily enough - nobody has a greater claim to that that title than Google themselves. Even if we’re treating last year’s Pixel and Pixel XL as a baseline, this year’s devices still manage to emerge exceptional even amidst the towering and rejuvenated competition.

Both phones come IP67 certified and powered by a Snapdragon 835 processor, Android 8.0 Oreo and 4GB of RAM. Both are available in 64GB or 128GB storage variants. They also share the same camera setup: with a 12.2-megapixel (f/1.8 with OIS, phase detection, dual-LED flash and laser autofocus) shooter on the back with and an 8-megapixel (f/2.4) camera on the front.

The Pixel 2 and Pixel 2 XL both feature a fingerprint sensor on the back and charge via a USB-C port at the bottom of the device. The former features a 2700 mAh battery while the latter features a 3520 mAh battery. Both phones feature Always-On Displays and support both Bluetooth 5.0 and NFC connectivity.