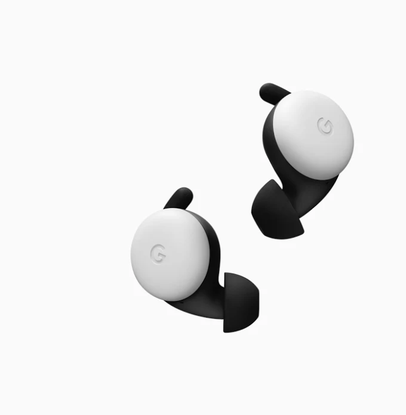 The second-gen Pixel Buds succeed in basically every way that their predecessors failed and put Google on the map when it comes to AirPods alternatives.

Should I buy the Google Pixel Buds true wireless earbuds?

Unless you’re attached to noise-cancellation as a feature or after buds with a bit more of a fitness focus, the Google Pixel Buds are an awesome candidate for your next true wireless pickup. They succeed in basically every way that their predecessors failed and put Google on the map when it comes to AirPods alternatives.

In Australia, the Google Pixel Buds are priced at AU$279.

You can buy them through:

It’s legitimately difficult to talk about Google’s new Pixel Buds without first talking about the product that preceded them. Announced alongside the Google Pixel 2 and Pixel 2 XL, the original Pixel Buds snagged more than a few headlines through their novel integration of real-time translation tech.

Unfortunately, they were something of an anomaly within this modern hardware-focused era of Google products. Where most Google products have fallen into the category of either great or good-but-niche, the original Pixel Buds were terrible. They were uncomfortable to wear and they didn’t sound that good either.

In my review of the first Pixel Buds, I noted that "There are a lot of great ideas here. Unfortunately, they’re let down by the disappointing reality of the hardware involved. Google isn't really known for their expertise in the headphones space, and it shows."

Thankfully, Google’s second stab at the wireless headphones niche learns from these earlier mistakes. Aesthetically, these things are more a reboot than a sequel to the original Google Pixel Buds. Gone is the threaded fabric wiring. Instead, the Pixel Buds opt for a familiar, AirPods-esque form-factor with one key difference. We’ll get to that later.

The egg-like carry-case for the Pixel Buds is hardly innovative but it’s well executed. It’s lightweight to handle and intuitive to open with a single lighter-style flicking motion. Then, closing the case nets you an equally satisfying click. The earbuds themselves are also pulled into place by a set of magnets, keeping the connection aligned and cutting down on the room for error.

Envisioned as an alternative to Apple's AirPods and a natural companion for one of Google's Pixel smartphones, the new Pixel Buds boast 12mm dynamic drivers, intuitive Bluetooth pairing, IPX4 water resistance and wireless charging. Like their predecessors, both real time translation and integration with the Google Assistant is a big part of the draw here.

As with Apple’s own stock, the Pixel Buds tout fast-pairing with Google smartphones and slightly less fast (but still quicker than normal pairing) with other Android smartphones. Place the earbuds into pairing mode and you’ll get a nifty-looking pop-up notification on your device.

Again, none of the above is particularly innovative or unique. Fast pairing was available with the previous Pixel buds and even the Assistant-integration stuff has been around in one form or another for several years now. Nevertheless, the Pixel Buds are packed to the gills with little touches that elevate beyond them beyond just being a novel accessory.

Read more Could coronavirus delay the launch of the Google Pixel 4a?

Right from the moment you take them out of the box, they feel like a cool gadget in their own right. It feels like Google has really thought about the ways in which people actually use and want to use their headphones and how they can push that forward.

Unfortunately, the same can’t quite be said for the everyday listening experience that the Pixel Buds offer. Most of the time, they sounded fine but I can’t say I was particularly blown away by the sound quality here. As someone who has tested and used a lot of earbuds like the Pixel Buds, I wouldn't say the audio quality left me wanting. For most people, it'll probably be fine.

Then again, it doesn’t feel like this is a boundary that Google is all that interested in pushing.

Unlike more expensive or audiophile-adjacent options, there’s basically no noise-cancellation here. Even at max volume, you’ll still probably be able to hear some external noises make its way into the mix. As far as headphones go, the Pixel Buds seem utterly uninterested in sealing you away from the outside world.

Given the price, that’s somewhat disappointing but given Google’s emphasis on software smarts in the past, I’m shocked that the new Pixel Buds don’t have a trick or two to offer in this department. It’d be incredible to see something akin to Nvidia’s RTX Voice integrated in this kind of form-factor. Hopefully, Google's Feature Drop updates deliver on this potential.

Another issue, albeit a minor one that I encountered in my time with these earbuds was that the Pixel Buds touch-based haptic controls ended up a little confusing. I’d often try to pause a song and accidentally skip forward or back. I’ll happily admit that these are a contender for the most reliable haptic controls but the control scheme here isn’t quite as easy to learn as I’d hoped it would be going in.

I did encounter the odd audio cutout but Google is currently flagging that this issue will be addressed in the near future via a software update.

As for battery life, the 2020 Pixel Buds boast five hours of playback per charge with a total of twenty-four hours made possible by the charger case for the earbuds.

Where single-charge usage is confirmed, that puts it behind many other modern true wireless options like the Samsung Galaxy Buds+ or the Jabra Elite 75Ts. Still, it’s a respectable effect and the claim of 24-hours playback does put it in competition with Apple’s own AirPods.

And unlike Apple’s standard AirPods, the Pixel Buds feature both wireless charging and fast charging - working out to around two hours of playback in just ten minutes. Overall, it’s a more than respectable effort, even if it’s not quite exceptional.

Google’s rebooted Pixel Buds aren’t quite a steal but they do right in every way that the original earbuds did wrong. They’re tremendously comfortable to wear, a delight to handle, offer plenty of battery life and come with the promise of getting better over time through Googler's Feature Drops updates.

They're not the best cheap earbuds option and they're no AirPods Pro but as far as middle of the pack options go, they're a treat.