The Folio 13 is well built, looks good and is a pleasure to use. It's most definitely one of the best Ultrabooks on the Aussie market. 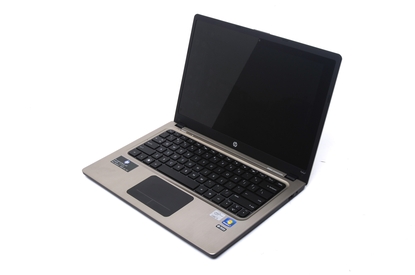 The Folio 13 is one of the best Ultrabooks on the market, simply because it's a joy to use and it has all the right features: long battery life, a thin chassis, responsive performance, an SSD, USB 3.0, Gigabit Ethernet, full-sized HDMI and a backlit keyboard. It's a little heavier than other Ultrabooks, but it's so well balanced that you don't really notice the extra weight. We recommend it.

HP's Folio 13-1008TU is an excellent Ultrabook. It's slim, well built, light and it has a good range of connectivity built in to it. Most importantly, it's a very comfortable laptop to use: it comes with a smooth and responsive Synaptics touchpad and its keyboard has soft, backlit keys that are a joy to hit.

The Folio 13 has a 13.3in screen and weighs 1.5kg. It's not as light as other Ultrabooks, such as the Toshiba Satellite Z830, but it's a well balanced notebook that doesn't feel heavy to handle. It has a thickness of around 18mm with its lid closed (the base is about 12mm on its own), and this thickness is the same from the rear of the unit to the front. This is unlike the Ultrabooks from ASUS and Acer, which have designs that taper towards the front (somewhat uncomfortably in the case of the ASUS Zenbook). The brushed aluminium finish on the lid and the 85mm wide palm rest feels great to touch. It's also strong and it looks splendid to boot. HP is aiming this Ultrabook at the business user and it definitely looks like something you'd proud to show off around the office or at a meeting.

The hinges of the laptop are a little stiffer than the ones found on the Toshiba and ASUS Ultrabooks, meaning you can't open the lid with one hand while the notebook is resting on a hard, flat surface. We found its LED-backlit screen (which has a 1366x768 resolution) to be vibrant and high in contrast. We had no problems viewing details in photos and watching videos with dark scenes, and its vertical viewing angles were good enough for us not to have to adjust the tilt angle every time we moved slightly. However, it's a glossy screen, so you'll need to be prepared to fight reflections from light sources located behind you. The screen has a thin frame around it (7mm either side, and 11mm at the top) and it looks stylish, but a black border remains between the screen and the frame.

Speakers are located across the top of the base and they are quite loud considering how small the laptop is. The on-screen volume indicator isn't reliable though as you can still hear sound even when the indicator is not showing any bars.

We really like the chiclet keyboard, which has a standard layout. The keys are soft and possess good travel; overall, we found it to be a very comfortable keyboard to use. The keys are smooth, yet not slippery and they are backlit so that you can work well into the night. The backlight has to be enabled and disabled manually and there is no timer on it, which means it's always on even when you haven't touched a key in a while. 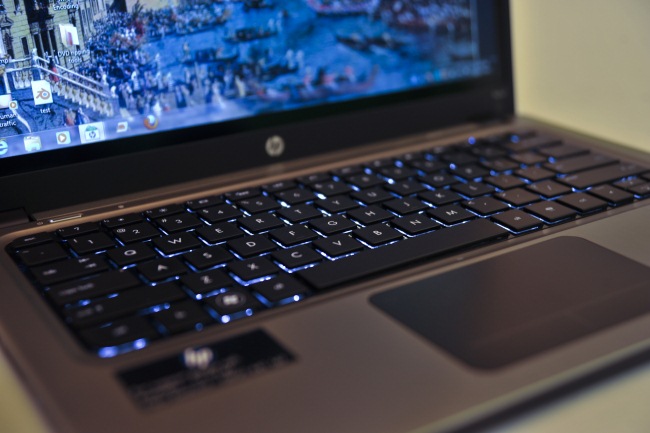 The backlit keyboard in action.

We like the reversed actions of the function keys, which allow you to change screen brightness, enable the keyboard backlight and manipulate volume and media player controls all without having to press the 'Fn' key. If you prefer traditional function keys, you can reverse their actions in the BIOS. The only thing we're not fond of on this keyboard is the squished placement of the 'up' and 'down' arrows, which can make them a little hard to differentiate by feel alone — but this is a nitpick as we eventually got used to these keys.

The touchpad is large (110x62mm), smooth and completely brilliant. It's the best touchpad we've used in an Ultrabook so far. In our tests, it was responsive, didn't feel resistive, performed multi-finger gestures without any problems (including three-finger swipes) and we never had to repeat an action while using it. Its left- and right-click buttons are located under the touchpad, and the extra area over the buttons can be used to move the pointer. We didn't have any problems whatsoever when pressing these buttons to perform drag-and-drop operations.

You can use this Ultrabook comfortably on your lap for long periods of time, even though it does get a little warm. Its cooling fan has vent holes located underneath the laptop to draw in cool air and it spits this air out of the rear. If you use it on your lap, the underside vent holes can get blocked, which will lead to a little more warming, and also a little more noise as the fan starts to work harder. The Folio wasn't annoyingly noisy during our tests, but it's a laptop that does emit a constant whir when it's idle and this gets louder when the CPU is under strain. 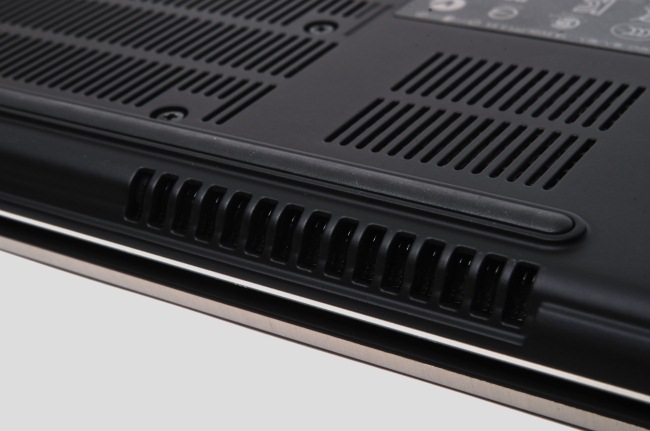