This slim business PC has good processing power, but is let down by a shortage of RAM 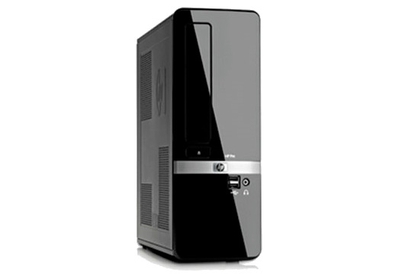 If you're just writing up invoices, sending e-mails or browsing the Net, then the HP Pro 3130 (WL831PA) will serve admirably. It's not appropriate for more intensive tasks like design or video rendering though, due to its small hard drive, low-powered graphics and inferior RAM fit-out.

The HP Pro 3130 (WL831PA) is a desktop business PC that's small, quiet and simple, but lacks the grunt to tackle intensive tasks like video editing or graphics work. If all you need is a Web browsing and word processing machine then it will be up to the task.

The HP Pro 3130 (WL831PA) is similar in design to other small form factor business PCs like the HP Compaq 8100 Elite and HP Pavilion Slimline S5380a. It's compact and unobtrusive with an attractive, minimalist fascia that offers easy access to the unit's CD drive, two front USB ports and a headphone jack. There's no microphone jack on the front, though — a minor omission, but an annoyance for anyone that might want to make an impromptu Skype call.

Otherwise, connectivity is up to the standard we expect from a business PC. The HP Pro 3130 (WL831PA) has eight USB ports in total, VGA and a DVI-D port (so a high resolution monitor like the Dell U2711 can be hooked up) and Gigabit Ethernet.

When it's running, the HP Pro 3130 (WL831PA) is a quiet machine, with no audible noise from any fans or the system's hard drive. If you're working in a quiet environment this is an important consideration; in our opinion there's nothing more soul destroying than sitting next to the monotonous drone of a desktop PC for eight hours a day.

The HP Pro 3130 (WL831PA) runs the 32-bit version of Windows 7 Professional as standard, which should be the best option for small business users. However, the system doesn't ship with a way to downgrade to Windows XP Professional which may be annoying to some.

A 3.2GHz Intel Core i5 processor provides the HP Pro 3130 (WL831PA)'s number crunching power, and it is more than capable of carrying out basic Windows tasks. We breezed through a quick multitasking session with music, Internet Explorer, Microsoft Word and Microsoft Excel open simultaneously. It provided decent but unspectacular results in our benchmarks, with a Blender result of 48.73sec and an iTunes encoding result of 52.3sec.

The HP Pro 3130 (WL831PA) only has integrated graphics, making it an inappropriate choice for any gaming — you should be working, anyway — or CAD/graphic design work. Its 3DMark06 result of 1378 is no worse than similarly powered machines, though.

The PC has 2GB of RAM included in its standard configuration, although four RAM slots allow up to 8GB of RAM to be installed. Since RAM is a relatively cheap investment we would have liked to see 4GB included as a minimum, especially since we've found Windows 7 benefits from the extra memory when multitasking.

Visit HP's Web site to read about HP's environmental policy. HP has also announced a campaign that offers small businesses cash rebates when they replace and recycle their old PCs before 31 October, 2010.

The HP Pro 3130 (WL831PA) doesn't have the grunt to handle video rendering or CAD programs, but it works well as a quiet, no-nonsense machine for business users running office applications like Word or Excel.