Boasting HTC's Sense UI, the HTC Hero is without doubt the best Android phone yet and the closet competitor to the iPhone we've seen. The HTC Hero is without doubt one of the most impressive smartphones we've reviewed. The design is distinctive, the user interface is absolutely superb and it's packed with all the latest features. Unfortunately, the Hero doesn't seem to have the hardware needed to keep up with its innovative software, resulting in a sometimes slow and frustrating user experience. It remains a superb phone that is really only let down by slow performance.

Just the third Google Android mobile phone to be released in Australia, HTC's Hero smartphone takes the platform to new heights. It follows on from the HTC Dream and the HTC Magic with Google. Featuring HTC's Sense user interface, the Hero is without doubt the closest challenger yet to Apple's iPhone 3GS, leaving both the Dream and the Magic in its wake.

The HTC Hero we reviewed was an imported model, though the Australian release is almost identical. We'll update this review with any changes, including Australian pricing and carriers, when it's officially released.

The HTC Hero's design is distinctive. Apart from the stylish white casing with an etched silver finish, the Hero distinguishes itself thanks to a unique angled lip at the bottom of the phone (often referred to as a Jay Leno chin in the US). The angled design houses the Hero's controls, including a BlackBerry-like trackball, answer and end call keys and dedicated home, menu, search and back buttons. The Hero's design has divided opinion; we feel it looks better in the flesh than it does in pictures. 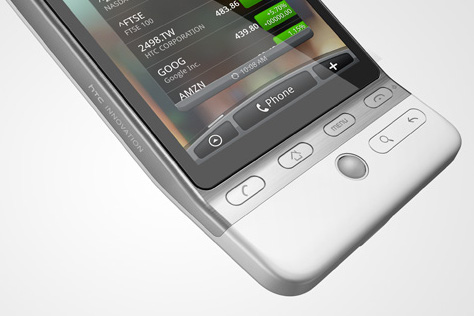 The HTC Hero has a distinctive angled lip at its base. It houses the Hero's physical controls, including a BlackBerry-style trackball.

The HTC Hero's build quality is impressive and the Teflon coating is a highlight. The Hero can be handled without leaving any fingerprint marks. A week's worth of use resulted in some small scratches on the rear, but they were barely noticeable. In comparison to the iPhone 3GS' glossy, fingerprint-magnet coating, the Hero definitely wins.

The Hero's 3.2in screen is slightly smaller than the iPhone 3GS' display, but it's as good. The screen has an anti-fingerprint coating which makes it easy to keep clean and viewing angles are good. However, it can be difficult to see in direct sunlight. 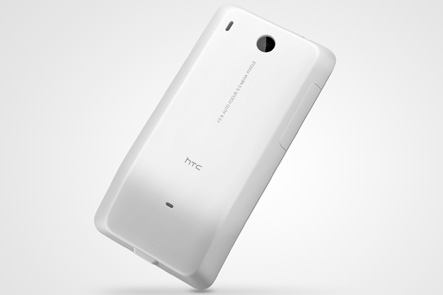 The HTC Hero's Teflon-coated surface is a highlight. It repels scratches and fingerprints and makes the phone easy to keep clean.

The big selling point of the Hero is HTC's Sense UI, developed specifically for the Android platform. Unlike many other smartphone UIs, Sense isn’t just a layer on top of the regular Android interface; almost every aspect of the interface has been upgraded or tweaked since the HTC Magic. The good news is that most of the changes look superb: the graphics are rich and colourful and the end result is an extremely user-friendly smartphone that is full of eye candy.

The home screen is where many of the Sense UI's benefits can be seen. Consisting of seven screens, the home screen can be swiped from side to side to reveal any number of shortcuts, folders or widgets (both Android widgets and specific HTC-developed widgets). The seven home screens are completely customisable; for example, you can have the native Twitter client on one screen, the clock and calendar on the other and your e-mail on the next. Because these are all live widgets, there is no need to delve into the main menu to access these features. The Twitter, clock and weather widgets are a few of the most impressive (though the weather widget in particular does seem sluggish, and can result in some slow down).

One widget worth mentioning is Footprints. This allows you to take a geotagged photo and store the image in a particular category, for example restaurants or shopping. You can then instantly share the content with others via e-mail.

Although the changes the Sense UI brings are largely positive in both looks and functionality, there is one issue: speed. At various times using the HTC Hero, it felt sluggish and struggled to keep up with the UI, particularly the widgets on the home screens. The lack of grunt is something you'll eventually get used to. However, when used alongside an iPhone 3GS, it's clear the Hero is missing the necessary power that would make using this superb interface an even better experience.