HTC One S review: The HTC One S is a superbly built phone with slick software The HTC One S certainly doesn't look or feel inferior to the flagship One X. A lower resolution display is the main differentiator, but the One S makes up for that with a design that's more comfortable to hold and better battery life. If the One X's size is too much for you to handle, then you should definitely check out the One S.

The One X may be HTC's flagship Android phone of 2012, but the One S certainly doesn't look or feel any less classy. It's constructed from a unibody aluminium frame that's just 7.6mm thick and boasts many of the same features as its more expensive counterpart.

Note: Our review model of the HTC One S was supplied by online mobile phone store MobiCity.

The HTC One S is constructed from a unibody aluminium design that is now almost synonymous with HTC smartphones. However, this isn't the same old tired HTC design — the black variant of the One S has been toughened using a technique called plasma electrolytic oxidation. HTC says the coating should ensure it isn't scratched or marked during the rigours of daily use. The result is an impressive ceramic like finish that feels superbly constructed. The "gradient anodised" model we reviewed, however, doesn't get the same microarc oxidation treatment. The Australian model is only available in this grey colour.

At just 7.6mm, the HTC One S is one of the thinnest phones on the market today. Like both the Samsung Galaxy Nexus and HTC's own One X, the One S has a slightly curved profile that makes it distinctive and comfortable to hold. This curvature is elegant yet subtle — it's hard to notice if you look at the phone front on. A smaller 4.3in screen also means the One S has better ergonomics — its still a large phone but smaller dimensions make it easier to hold and more comfortable to use single-handedly than the One X. 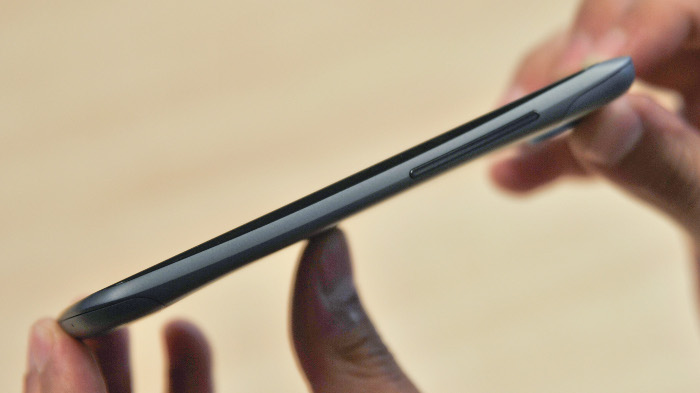 The One S may be HTC's mid-range model, but the company's attention to detail once again deserves to be commended. The earpiece and rear speaker grill holes are individually laser drilled into the aluminium. There is no annoying flap covering the micro-USB port. The power and volume buttons are perfectly positioned and provide excellent tactility. We also love the way the edges of the handset curve in towards the display on the front. 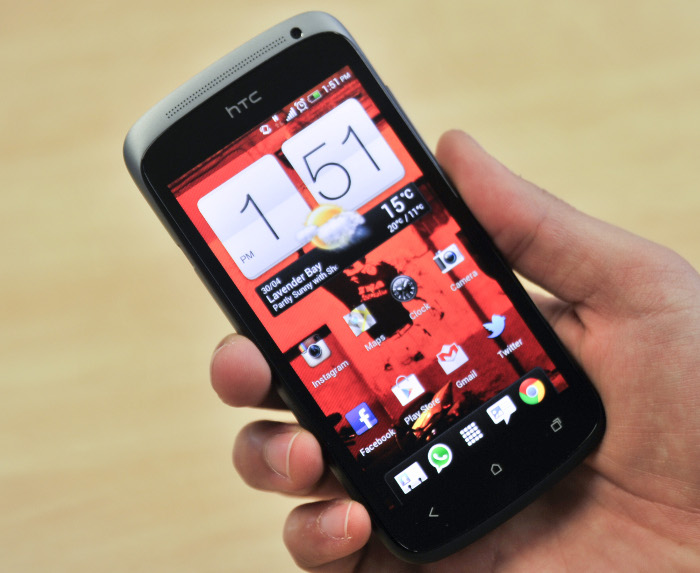 In striving for a thin design, HTC has made the battery on the One S non-removable. There's also no microSD card slot for extra storage and the phone uses a micro-SIM rather than a full-sized SIM card, accessed by removing a small backplate on the top rear of the handset. The One S only has 16GB of internal memory, which is disappointing.

The HTC One S has a 4.3in Super AMOLED display with a qHD resolution of 960x540. It displays a clear and bright image, good colours and has excellent viewing angles. However, it is difficult to see in direct sunlight and obviously can't match the sharpness of the 720p displays seen on the One X and the Galaxy Nexus, for example. Text is less crisp in apps like the browser, while there is a noticeable blue tinge when looking at the screen from an angle. It also has a lower pixel density of 256ppi, putting well behind the iPhone 4S (326ppi) and the One X (312ppi). 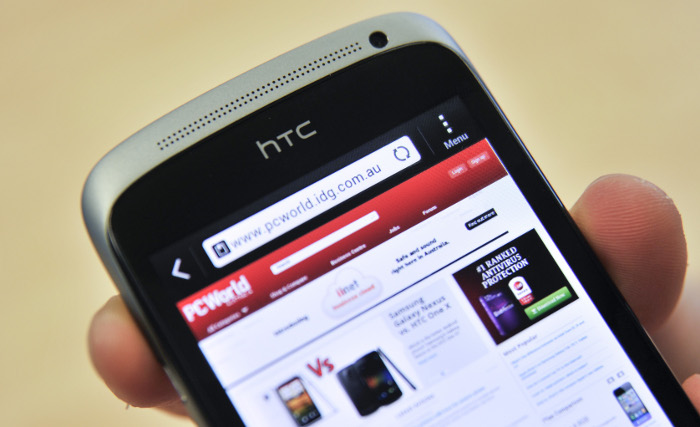