The HTC One X+ comes with faster processor, more internal memory and a bigger battery than the One X it replaces 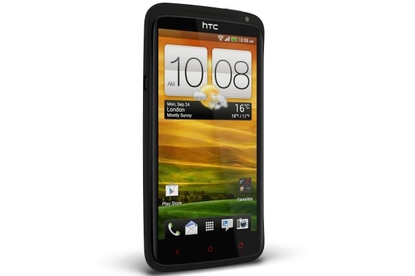 The HTC One X+ is best described as a minor refresh of the One X, rather than a whole new handset. It packs in a faster processor, more internal memory and a bigger battery but keeps an almost identical design.

The HTC One X only hit the Australian market in April but the company has seen fit to release a slightly revamped version, the HTC One X+. It packs in a faster processor, more internal memory and a bigger battery.

The HTC One X+ is best described as a minor refresh of the One X, rather than a whole new handset. HTC has kept the same physical design but simply upgraded some of the key internals. That design remains impressive even months later — it's a polycarbonate, unibody shell that's only 8.9mm thin. In our review of the HTC One X back in April, we described it as "one of the best looking phones we've ever reviewed."

There are four key upgrades that HTC has implemented in the One X+. Firstly, the phone has a faster 1.7GHz quad-core Tegra 3 processor, a slight upgrade from the 1.5GHz chip on the original model. The increase isn't likely to blow you away in general use but should ensure a lag-free and responsive user experience.

HTC has upgraded the internal storage on the One X+ to 64GB, up from the 32GB of its predecessor. Considering the unibody design doesn't allow for a microSD card slot, the extra storage space is certainly a welcome addition.

Perhaps the best improvement is the battery. HTC has upped the battery capacity to 2100mAh compared to the 1800mAh rating of its predecessor. The company says this will give users 50 per cent more talk time (up to six hours) when compared directly with the original One X model. The bigger battery means the weight of the phone has slightly increased from 130g to 135g, but we suspect most users won't be able to tell the difference given it's a mere 5g.

In addition to a faster processor, more storage and a bigger battery, HTC has also made some slight improvements to the software powering One X+. The phone will ship with the latest version of Google's Jelly Bean 4.1 Android operating system, while HTC's latest Sense 4+ UI overlay will sit on top.

Among the new features of Sense 4+ include a self portrait mode on the front camera that uses face detection to enhance skin tones and eye colour, a sightseeing mode that uses the power button to jump straight into the camera when the phone is locked and new gallery views that can group images by location and time. There's also a new 'HTC Get Started' service, a Web-based app that runs through the set-up process on a desktop Web browser.

HTC has confirmed the One X+ will support LTE in the US, but there's no word on whether it will be compatible with the 1800MHz LTE network band used by Telstra and Optus in Australia. Telstra currently sells the HTC One XL down under, a 4G version of the One X.

There's no word on Australian availability of the HTC One X+ just yet, but the phone will be available in Europe and North Asia from October and South Asia from November.