The Huawei Ascend G300 successfully redefines how much value you can expect to get from a phone that costs less than $200. While not perfect, it has an excellent design, a great screen and intuitive software that performs well. Without a doubt the best budget Android phone on the market.

Huawei may not be a well known brand but the company has a history of manufacturing competitive, budget Android smartphones. Its latest creation, the Ascend G300, may well be the Chinese giant's best yet. It redefines how much value you can expect to get from a phone that costs less than $200, largely thanks to an excellent design, a great screen and intuitive software.

The Huawei Ascend G300, exclusively sold in Australia through Vodafone, feels anything but cheap. The aluminium edging and rear battery cover combined with solid feeling white plastic defies its budget price tag. In fact, we'd go as far as saying the Ascend G300 makes almost every other phone in this price range look second rate.

The Ascend G300 makes almost every other phone in this price range look second rate.

There's really minimal evidence that this is a $169 handset. The left mounted volume buttons provide good tactility and aren't easy to accidentally press, though they're better suited for left-handed users. The power button is also well positioned. The Ascend G300 is also relatively lightweight given its form factor. It's not as thin as many other smartphones on the market, but at 10.5mm, it's hardly a brick, either.

The rear battery cover of the Ascend G300 can be removed to reveal a swappable battery, a full-sized SIM card slot and a microSD card slot for extra memory. The cover does need a bit of force to pry off, but this isn't a huge issue. You can swap or remove the microSD card without needing to take the battery out. 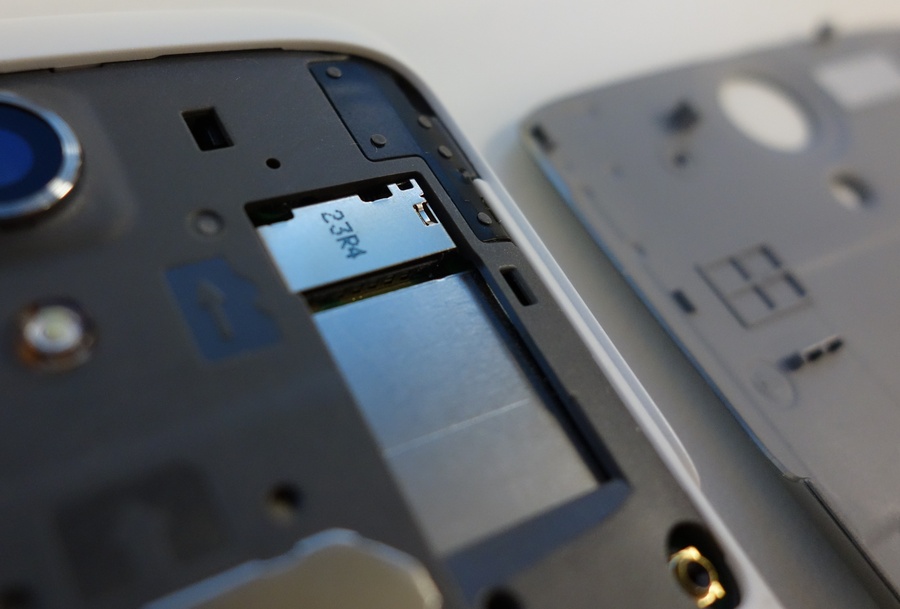 You can swap or remove the microSD card from the Huawei Ascend G300 without needing to take the battery out.

Below the screen are three capacitive buttons: menu, home and back. These are arguably the weakest part of the Huawei Ascend G300. They aren't as responsive as we'd have liked and often need to be touched more than once to activate. They aren't backlit either, which means the phone can be annoying to use in the dark.

Without a doubt the best feature of the Huawei Ascend G300 is its screen, a 4in IPS panel with a resolution of 800x480. It's hardly groundbreaking in terms of specifications but when considering the G300's budget price, this display is significantly superior to almost every other phone in this price range. Text isn't as crisp or clear as more expensive models (as expected) but viewing angles are impressive enough and colour is bright and vivid. 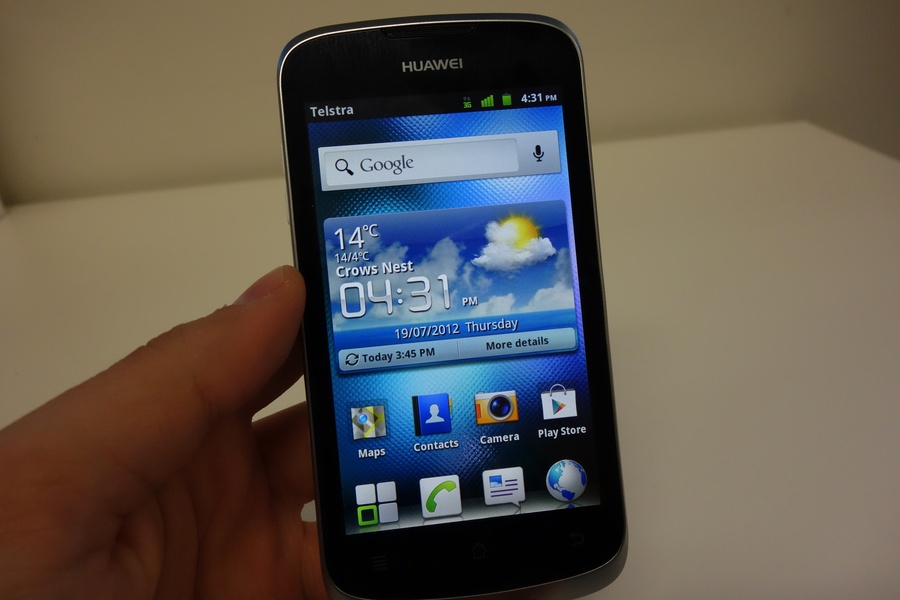 The Ascend G300's screen does have a few downsides, however. It's difficult to see in direct sunlight and handles glare poorly. A more pressing issue is that it can occasionally be unresponsive to finger taps. You'll often find yourself needing to tap more than once to make a selection and this quickly becomes an annoyance. The display panel itself also appears as though it's set lower into the phone's body than many other smartphones. This won't affect most users but those with an eye for detail will definitely notice.

A functional skin but not the most attractive

The Huawei Ascend G300 runs the 2.3 Gingerbread version of Google's Android software. Like most manufacturers who launch products with outdated versions of Android, Huawei has promised to update the Ascend G300 to 4.0 Ice Cream Sandwich in the coming months. Given this is a budget phone we don't expect the updates to go any further than that. In other words, the Ascend G300 is unlikely to ever be rocking 4.1 Jelly Bean.

Before we lose you with desert names and confusing numbers it would be wise to point out that most people who are purchasing a phone at this price simply aren't going to care what version of software the Ascend G300 is running. The important news is that the software that initially comes with the phone is intuitive, easy to use and performs relatively well during day-to-day use. 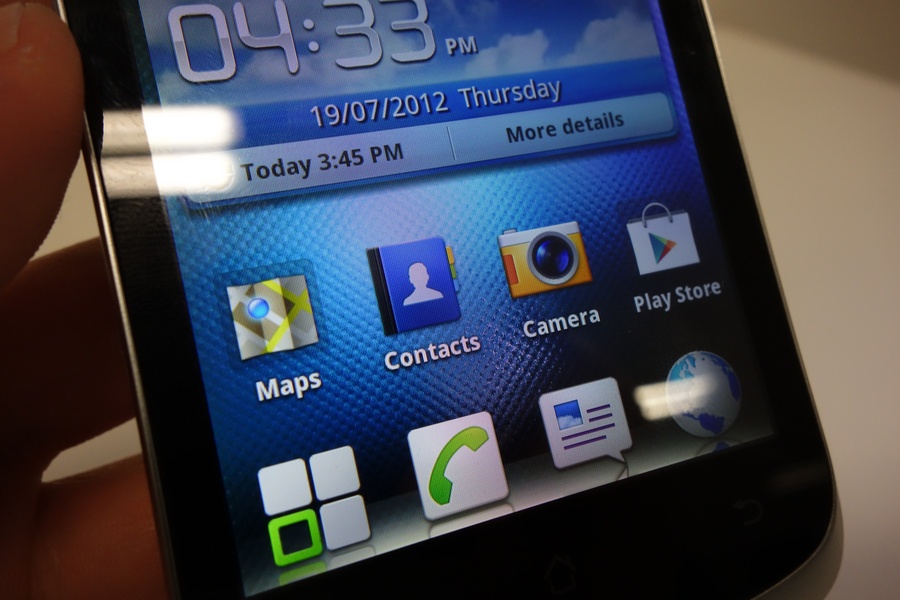 The Huawei Ascend G300 comes with the 2.3 Gingerbread version of Android, but the company has promised it will be upgraded to Ice Cream Sandwich in the coming months.

Huawei has skinned the standard Android interface with its own UI. We love some of the changes, particularly on the lock screen. It can be unlocked directly into the call log by swiping up, will take you straight into messages by swiping left, can open the camera by swiping down and will simply unlock into the home screen by swiping right. You can't customise any of these shortcuts, but we like the missed call count and message indicators that display with any new activity, a feature often neglected on many Android skins.

There's also five toggles at the top of the Ascend G300's notifications pull-down screen for Wi-Fi, Bluetooth, GPS, data switch and screen rotation. Again, we would have liked the ability to customise these but we can't blame Huawei for trying to keep things as simple and straightforward as possible. 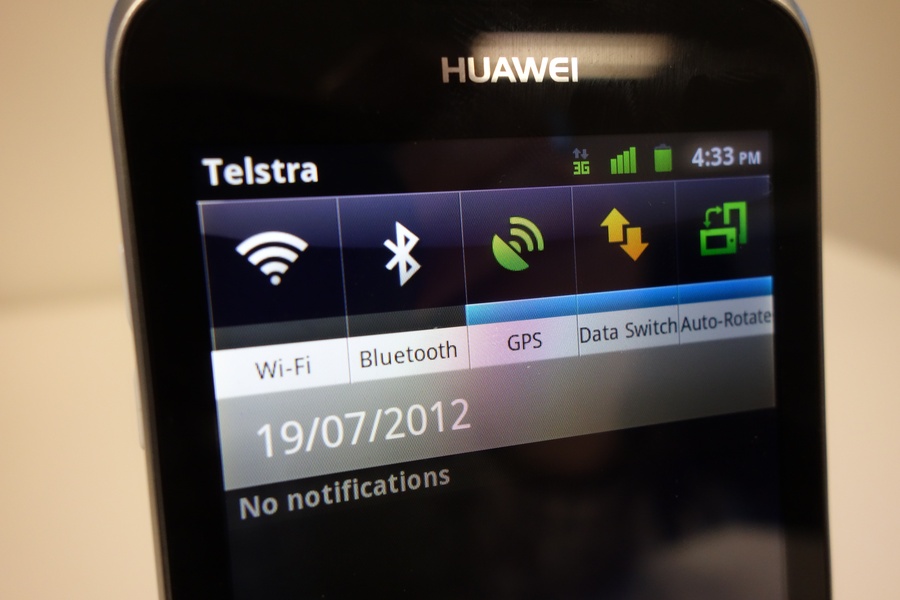 The toggles at the top of the Ascend G300's notifications pull-down screen are a nice touch.

Although we appreciate some of Huawei's extra touches, we're not a huge fan of the overall look of the UI on the Ascend G300. In particular, we dislike the cartoon looking app icons and the fact that some icons are placed in front of a black square and others aren't creates an inconsistent feel. Huawei's default keyboard is also poor, with a cramped layout and an ugly look that doesn't tie in too nicely with the rest of the interface. Thankfully, you can switch to the standard Android one, though we recommend the excellent ICS keyboard from the Google Play Store (free) for the best typing experience.

Although we appreciate some of Huawei's extra touches, we're not a huge fan of the overall look of the UI on the Ascend G300.

Huawei has pre-loaded the Ascend G300 with a few extra apps. There's a handy file manager, a sound recorder, a data monitor, the Accuweather.com app, the Documents To Go office suite and Huawei's backup and restore app. There's also Vodafone HelpLogin and Updates apps, along with a pointless link to Vodafone's mobile site.

Given the Huawei Ascend G300 costs just $169, you're probably waiting to read what's wrong with it. The answer, however, is not much. Although it isn't as fast as the best Android phones on the market, we didn't experience too much lag or slowdown during general use. The Ascend G300 also handled games like Need for Speed Shift and CommandoFL with no notable issues, though the frame rates of some more intensive games (like Shadowgun) aren't as impressive. A 1GHz single-core processor and 512MB of RAM doesn't produce blazing performance by any means, but for $169, can you really complain? We don't think so. 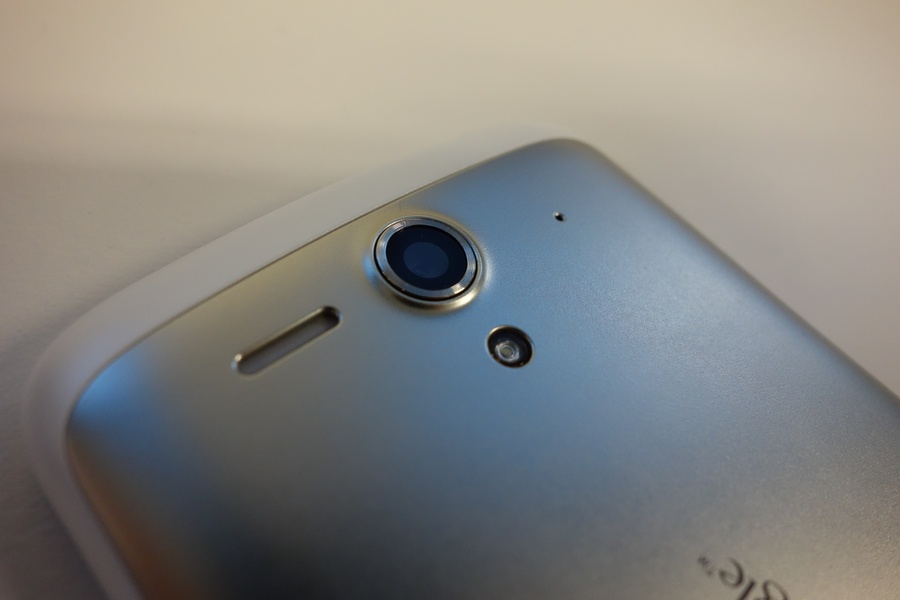 The Huawei Ascend G300 does have a few usability quirks, but most of these are common problems with the Android OS rather than specific issues with this device. The browser is choppy to scroll and there is notable lag when pinching the screen to zoom in on web pages. There's a delay when switching the screen orientation from portrait to landscape (or vice versa). The home screens can sometimes feel as though they are lagging, especially if you fill the screens with widgets. None of these issues are enough to overlook the Ascend G300 completely, but are worth keeping in mind if you're expecting this device to be faultless.

The Huawei Ascend G300 comes with a 5-megapixel camera with single-LED flash. Images captured are reasonable for a smartphone, especially one that comes at such a low price. We found detail levels to be acceptable, but most of our photos had high levels of image noise and colour reproduction wasn't always the most accurate. All in all, the Huawei Ascend G300 is certainly not good enough to replace a dedicated point and shoot camera, but given its hugely competitive price tag, the camera is hardly a weak point of this phone. 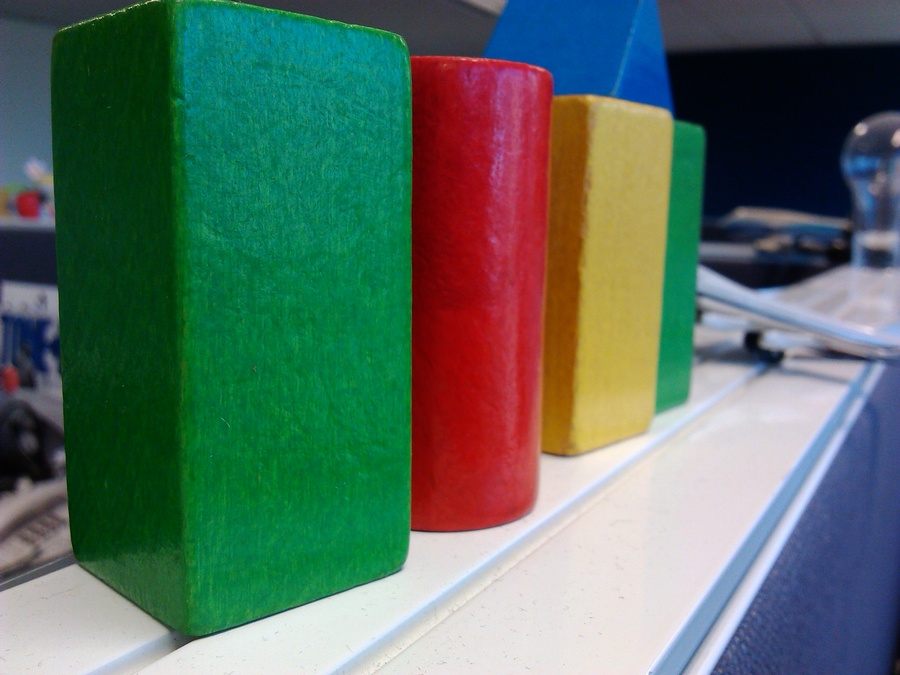 A photo we captured with the Huawei Ascend G300's camera.

What is a weak point is the camera's video recorder, which shoots choppy videos that lack fine detail. It's also disappointing that the Ascend G300 doesn't come with a front-facing camera, which would have been useful for video call apps like Skype and Tango. The Huawei Ascend G300 has around 2.5GB of internal memory, so if you use the camera or video recorder extensively you'll need to purchase an optional microSD card slot.

Most Android phones normally last up to a full day and the Huawei Ascend is no different. If you're a heavy user you'll more than likely struggle to get through a full day but light users should be able to squeeze enough juice out of the Ascend G300 to keep it running for a full day before the battery dies.

The Huawei Ascend G300 is available now through Vodafone stores and online.