Huawei Ascend P1 S preview: The thinnest smartphone in the world (for now) 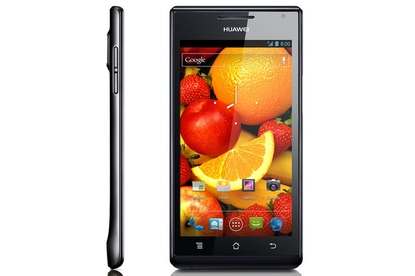 Huawei is the latest manufacturer to hold the "world's thinnest smartphone" tag. It's Ascend P1 S was unveiled at the 2012 Consumer Electronics Show (CES) in Las Vegas, and is just 6.68mm thin. Unfortunately we won't see it in Australia until later this year.

Chinese smartphone manufacturer Huawei may seem a very unlikely candidate to create the world's slimmest smartphone but that's exactly what it has achieved with the Ascend P1 S. Unveiled at the 2012 Consumer Electronics Show (CES), the Huawei Ascend P1 S is just 6.68mm thin.

Huawei certainly knows how to build a bargain Android phone, but the company now seems intent on delivering stylish phones, too. Late last year it launched the Vision, a thin Android phone with slightly curved display. It has now followed with the Ascend P1 S.

The Huawei Ascend P1 S has a 4.3-inch Super AMOLED touchscreen with a resolution of 960x540, though we're a little disappointed Huawei hasn't followed Samsung and Sony's lead by giving the Ascend a "HD" resolution of 1280x720. Thankfully, the display is coated in Gorilla Glass to prevent scratches and cracks.

The Huawei Ascend P1 S Android phone is just 6.68mm thin but that's not the only design feature. Huawei claims the back cover of the phone is coating with a special material that evenly distributes heat. The phone comes in a metallic finish with black, ceramic white and cherry-blossom pink colour options.

The Huawei Ascend P1 S is powered by a dual-core 1.5GHz TI OMAP 4460 Cortex-A9 processor, has 1GB of RAM and 4GB of internal memory. There is also a microSD card slot for extra storage, while Huawei will ship the Ascend P1 S with the latest Android 4.0 Ice Cream Sandwich operating system out of the box.

Other features of the Ascend P1 S include an 8-megapixel rear-facing camera with dual LED flash and a 1.3-megapixel front-facing camera for video calling. The rear camera doubles as a 1080p video recorder. The Huawei Ascend P1 S is a quad-band HSDPA device, so it will work on all three major Australian networks — Telstra (850MHz) and Optus/Vodafone (900MHz/2100MHz).

The Huawei Ascend P1 S should be available in Australia around April, though Huawei's head of marketing Mark Treadwell says it will come "later this year". Huawei says it is currently in discussion with local operators and retailers about timings and pricing for the device.