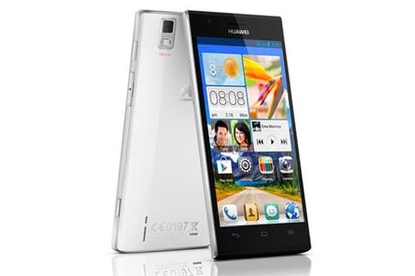 If you’re looking for a reasonably cheap Android smartphone with a 4G data connection, Huawei wants your attention. The Ascend P2 is designed to compete with high-end smartphones without breaking the bank.

Huawei claims its latest Android smartphone offers the fastest download speeds in the world. The Ascend P2, dubbed the "world's fastest 4G LTE smartphone", supports download speeds of up to 150Mbps but requires your mobile network to come to the party.

Read our hands-on with the Huawei Ascend P2 here

Huawei is certainly crowing about the Ascend P2's potential data speeds. While its notable as the highest speed LTE connection we've seen in a smartphone, the LTE Cat 4 specification on the Ascend P2 requires mobile networks to come to the party. In Australia, Telstra is rolling out Category 4 upgrades around the nation, but at the moment it’s only Perth, Adelaide and Brisbane that have access to this fastest speed tier.

The Huawei Ascend P2 is just 8.4mm slim and weighs a very light 122g, which is quite notable for a phone with a large 4.7in screen. The light weight is achieved by an all-plastic design and a case that's fully sealed. Unfortunately, that slimness has resulted in a non-removable battery and no microSD card slot, so the on-board 32GB of storage can't be expanded.

Perhaps the most disappointing aspect of the Ascend P2 is its screen. The 4.7in IPS display has a 720p resolution of 1280x720 rather than a full HD resolution that is quickly becoming a regular feature of flagship Android smartphones. The pixel density of 312ppi isn't a sour point by any means but can't quite match newer rivals like the HTC One and the Sony Xperia Z.

Aside from being a Cat 4 rated LTE device, the specification sheet of the Ascend P2 reads like many other mid to high-end Android phones. The device is powered by a 1.5GHz quad-core processor, has 1GB of RAM and comes with a 13-megapixel camera that doubles as a full HD video recorder. There's also a front-facing 1.3-megapixel camera for video calls and a dedicated, physical camera button.

Huawei will initially ship the Ascend P2 with the Android 4.1 operating system but the phone comes with the company's own Emotion UI 1.5 overlay on top. Features include a new customisable 'Me Widget', and a housekeeper app that will track data usage, exit idle programs and offer energy saving functions. Telstra has included a home screen widget to keep track of data usage.

Other features of the Huawei Ascend P2 include a 2420 mAh battery that promises up to 310 hours of standby time and built-in NFC connectivity.

The Ascend P2 is a Telstra exclusive handset, and will be available in stores from Wednesday, 31 July. Telstra will be selling the phone for $0 on a $60 per month contract, but commitment-shy buyers can pick up the phone alone for an outright price of $504.

A promotional video of the Huawei Ascend P2 can be viewed below.