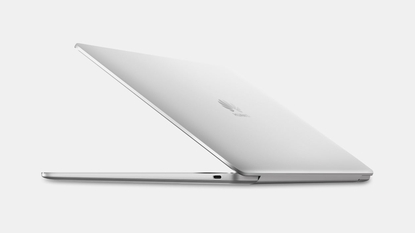 The Matebook 13 doesn’t reinvent the wheel but if you manage your expectations accordingly, you’ll probably come away happy with it.

Love it or hate it, last year’s Huawei Matebook X Pro made a big splash when it arrived on Australian shores.

It was the Chinese brand’s first workhorse PC pitched at Australian consumers. We said in our review at the time that if you were looking for a simple-to-use, no-fuss laptop that’ll get everyday tasks done, the Matebook X Pro is polished to near perfection.

Huawei’s inevitable follow-up is pitched at a slightly-different crowd, but no less compelling. While last year’s Matebook X Pro was for those who needed the best, the new Matebook 13 is built for pretty much everyone else. It’s a high-quality, do-it-all workhorse laptop that you can probably afford.

The specs of our Huawei Matebook 13 review sample were as follows:

Though sometimes a little dim, it's hard to find a fault when it comes to the Matebook 13’s 13.9-inch HD display. The bezels are as thin as these things come and the webcam is perched at the top of the screen, rather than concealed underneath a function key.

Yet, if you’re looking for traditional USB ports (or, god forbid, an SD card slot), you’re going to come away a little disappointed with what the Matebook 13 has going on. Like many comparable ultra-slim premium work machines like the Macbook Air or HP’s Spectre Folio, the Matebook 13 deals exclusively in USB Type-C ports. It does come with an adapter in the box - but it is what it is. Given the limited storage capacities (256GB or 512GB), it’s also weird that it doesn’t support MicroSD expansion - or even Huawei’s own proprietary NanoMemory format.

That being said, the Matebook 13's feel factor does a great job of making up for these shortcomings. Every time I put my hands on this laptop, I’m genuinely thrilled to be using it. The keyboard has a punchy feel and sense of depth to it, and the rectangular Windows Precision trackpad never misses a beat. Even the logo on the top of the Matebook 13 looks sharper this time around. For some, the Matebook X Pro is going to be the better buy, but there’s something about the stripped down lean-ness of this laptop that I found immediately captivating.

The speakers on the other hand, well, I hope you usually rely on headphones. They sound fine but, even if they do offer Dolby Atmos sound, they fall short of some of the other options out there.

There’s also Huawei’s OneHop sharing feature. This is nifty, even if it is limited to existing Huawei phones. Tapping your phone to the right of the trackpad lets you beam images back and forth between the two devices. It’s super intuitive, conveniently fast and nice to have on-hand - even if it’s not that much a massive advantage over other competing laptops.

When it comes to performance, the Matebook 13 mostly holds up its end of the bargain. You’re not getting the blisteringly high numbers you would with a desktop, but as far as similar laptops go, the Matebook 13 is pretty close to the cream of the crop.

That said, if you’re expecting to get some decent gaming out of it - courtesy of the Nvidia MX150 graphics - you’re probably going to be disappointed.

I struggled to get it to play much beyond indie games and stuff like Hearthstone and Artifact, even with the settings turned down pretty low to get anywhere close to a playable frame rate. You could play something like Overwatch or Fortnite. and the overall gaming experience is better than most integrated graphics laptops out there. But it still isn't as close to a full-blown gaming laptop as I'd like.

Our benchmarking revealed that, although the Matebook 13 did race ahead when it came to Geekbench’s Compute test, it mostly kept pace with the rest of the premium thin and light notebook crowd.

And when subjected to the usual Battery Eater testing tool, which gauges the minimum battery life of a given notebook PC, the Huawei Matebook 13 took 1 hours and 41 minutes to run down from one-hundred to zero.

Your mileage is going to vary here, but I came away a little underwhelmed. Naturally, thin and light notebooks like the Matebook 13 have smaller batteries. However, the Matebook boasts a comparable battery life to modern gaming laptops when it ought to be so much greater.

Huawei’s Matebook 13 strikes a compelling balance between looks, feel and performance. It’s not the best Huawei notebook out there, but it’s still a pretty nice laptop anyway. And, barring the usual caveats of the genre, there’s not really many areas where the Huawei Matebook 13 can be said to fall short, and no major missteps. It’s a clean equation that’s light on surprises and heavy on polish.

[Editors Note - Obviously, this is a weird time to be talking about buying pretty much any Huawei product. The company's been blacklisted from working with software giants like Microsoft and Google plus hardware companies like Qualcomm and ARM. Huawei do insist that existing products will continue to receive security updates and after sales services. But, as good as some of those products are, it's hard to fully endorse them knowing that the company's future prospects are so uncertain.

This review was written & scheduled to go live before the trade blacklisting happened and, for the most part, we do still stand by our assessment of the product in question. However, as it stands, there's currently an undeniable element of risk to buying something like the P30 Pro. Hell, the MateBook 13 was pulled from the Microsoft store within days of the blacklisting. The notebook is now available again - but it's uncertain how much of that is due to Microsoft wanting to clear out existing inventory as opposed to some positive movement in the overall Huawei situation.

If and when the situation is resolved, we plan to update this review. Right now, however, it feels like any recommendation of a Huawei product has to have a big asterisk next to it.]

The Matebook 13 doesn’t reinvent the wheel, but if you manage your expectations accordingly, you’ll probably come away happy with it.