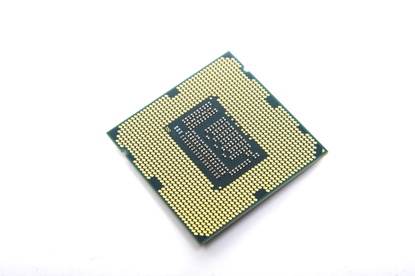 The 3rd generation Core CPU is a step up from the 2nd generation Core and builds on the success of its predecessor. Through new technology and a smaller manufacturing process, it provides faster performance, a marked improvement in integrated graphics speed and better power efficiency. If you're about to build a new PC and are wondering what to go for, you shouldn't hesitate to get a 3rd generation Core chip. Pricing for the new CPUs is comparable to similar 2nd generation Core parts although you will want to get a new 7 Series-capable motherboard to reap the benefits of the new models.

The code name is Ivy Bridge, but you'll end up knowing them better as Intel's 3rd generation Core CPUs. These are the CPUs that will appear in brand new desktop computers and high-end notebooks starting this month, and they will also make their way into Ultrabooks in a few months. We can tell you it will be worth the wait. The new CPUs offer better performance and power efficiency than their predecessors, which were already the best on the market. If you build your own PCs, then you can get a 3rd generation Core CPU right now [actually, from 29 April - Ed], with street prices varying from $240-300 for quad-core Core i5-3450, Core i5-3550 and Core i5-3570K models, and the Core i7-3770 costing $380. There are more models on the way.

Third generation Core CPUs use the same architecture as the 2nd generation Core CPUs, but they are built using a smaller transistor process than their predecessors, 22 nanometres as opposed to 32 nanometres. Furthermore, they use tri-gate, or three dimensional transistors, rather than two dimensional transistors, which has allowed Intel to build upwards inside the CPU. The smaller process and the new 3D technology allows for more transistors to be packed in to a CPU, and packed in much closer, therefore boosting performance and power efficiency — for example, a 3rd generation Core i5 has a maximum thermal design power rating that is 18W lower (77W) than a 2nd generation Core i5 CPU (95W) at the same speed grade. Intel says the nature of the new 3D transistors has led to better control of the electrical current and it means the new transistors can switch between on and off states at a much greater rate than ever before.

The real-world performance of the new CPUs speaks for itself. We tested the Intel Core i7-3770K, which has four cores plus Hyper-Threading and can process a total of eight threads simultaneously. It has a default speed of 3.5GHz and a Turbo Boost 2.0 speed of 3.9GHz. We plugged it into an Intel DZ77GA-70K motherboard, which uses an LGA1155 socket and Intel's new Series 7 chipset (Z77 Express), and we added 6GB of RAM and an Intel solid state drive. Running our Blender 3D rendering test, this configuration returned a time of 16sec, which is a time typically reserved for overclocked systems such as Origin's Z68 gaming PC, for example. The fact that the new CPU can do that time by default is thrilling, but it can also do better than that.

Intel takes pride in the fact that its K-series CPUs, which are unlocked, can be easily overclocked using higher clock multipliers to supply a faster top-end speed. With the new Series 7 chipsets and 3rd generation CPUs, overclocking has become a feature that even the least technically-minded person can attempt. The BIOS of the DZ77GA-70K features a graphical interface called Intel Visual BIOS, which includes the Intel Overclocking Assistant. This assistant can overclock the CPU, graphics and memory of the system. At its simplest, it features a slider that can increase the speed of the CPU's Turbo Boost speed to provide noticeable, real-world improvements to performance, without jeopardising stability (too much). No settings need to be adjusted manually to realise this boost — the slider takes care of everything itself.

Taking the CPU from its Turbo Boost of 3.9GHz up to 4.2GHz, the Blender test returned a time of 14sec; taking the Turbo Boost from 4.2GHz to 4.5GHz, a time of 13sec was achieved consistently. This wasn't the only task to benefit from the extra-fast bursts of speed: our iTunes MP3 encoding test went from 36sec at the default speed to 30sec at the fastest speed. Using Arcsoft Media Converter 7 to turn a DVD file into an MKV file went from a time of 8min 52sec at the default speed of the CPU, down to 7min 1sec at the fastest speed — a noticeable gain.

The speed improvements we saw when using the built-in overclocking utility were achieved using air cooling and, specifically, the same heat sink that's used to cool a 2nd generation Core CPU. We did nothing special to cool the CPU. It's worth noting that the system proved to be stable during all iterations of the tests that we ran at the highest speed, and not only that, the system remained very quiet, its stock fan barely making any noise at all as it kept the CPU cool.

In addition to fast media encoding performance, the 3rd generation CPU also brings with it an improved integrated graphics component. Intel HD 4000 graphics take over from the Intel HD 3000 graphics that were found in 2nd generation Core CPUs, offering a faster frequency and better overall grunt. This was shown in 3DMark06 where a result of 6510 was attained. This is enough grunt to play games such WoW, but it's still not quite enough to run recent first-person-shooters. For example, Battlefield 3 ran at an average of 20 frames per second when we used a resolution of 1366x768 and automatic detail levels.

The days of proper gaming when using CPU-only graphics are still not with us, but Intel has taken a step in the right direction with this chip and while it's still not great for gaming, it means better overall graphics performance for all-in-one PCs and media centres, in which discrete graphics cards often aren't required, or even wanted.

Other features of the 3rd generation Core i7-3770K CPU include 8MB of Smart Cache, for storing regularly used data, an integrated two-channel DDR3-1600 memory controller and a bunch of security and performance features. It includes a random number generator (Intel Secure Key) for better security when transferring information online; there is integrated malware detection (Intel OS Guard) for kernel-level attacks; up to six new processor instructions are present for better performance when encrypting and decrypting AES algorithms; Intel's Advanced Vector Extensions (AVX) are available for video and imaging applications that can make use of them for performance gains.

As for the new platform, the Series 7 chipset offers something that many of us have been wanting for a while: an integrated USB 3.0 controller. The Intel DZ77GA-70K board that we looked at supports up to eight USB 3.0 ports, four externally and four through internal pin headers. Additionally, it supports up to nine 3Gbps SATA ports (four internal, four external and one e-SATA port, and four of the internal ones and the e-SATA port support 6Gbps, too). You can buy a new board now and use it with a 2nd generation Core i5 or Core i7 CPU with an LGA1155 socket interface and upgrade to a third gen CPU later. 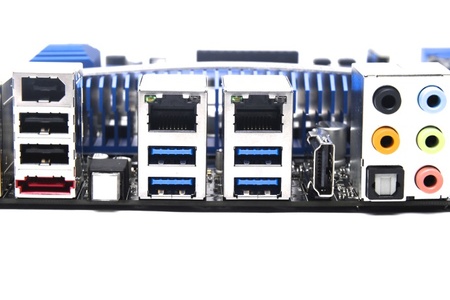 The new chipset features integrated support for USB 3.0 (the blue ports on the board).

What it all boils down to is this: a 3rd generation Intel Core CPU is a must-have for any new system. The Core i7-3770K that we looked at is a fast and efficient performer, but the Core i5 models should live up to expectations, too. Ultrabooks won't benefit from the new models until later on in the year, and many of the vendors we talked to at the time of writing hadn't announced 3rd generation Core systems yet, desktop or otherwise. If you want to be one of the first to give Ivy Bridge a go, you'll have to go down the do-it-yourself route, which to us is the most exciting route anyway.