This cheap 27-inch monitor looks great, despite an average design 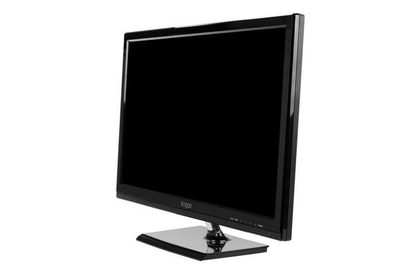 Kogan’s budget 27-inch computer monitor is good value for its asking price. A high quality LG LCD panel and bright LED edge-lighting make up for a design that’s a little too plasticky.

Online-only electronics retailer Kogan is one of Australia’s tech success stories. It’s brought out a number of tech products, like TVs and digital radios, that are cheaper than the big brands without sacrificing quality.

This latest product is a 27-inch computer monitor, with a WQHD resolution of 2560x1440 pixels, LED edge-lighting, and a panel sourced from LG’s high quality IPS range. Where similar LG products like the 27-inch IPS7 can cost $600+, Kogan’s monitor is $439.

The Kogan 27” is very simple, as computer monitors go. The square base of the stand connects to the monitor’s translucent, oval-shaped stem with a single thumbscrew — sandwich the two together, twist the screw, and the monitor is assembled. It’s not possible to remove the stem from the monitor itself, which would be an issue for anyone wanting to use the Kogan’s VESA mounting holes.

There’s no swivel or rotate adjustment on the stand, only a tilt option. The screen is able to tilt over a wide range though, including around 10 degrees forward, which is useful if you’ll be using it in a high position in a workspace.

The connections on offer at the back of the Kogan 27” monitor range from HDMI and VGA — both of which are only 1080p capable — to DisplayPort and dual-link DVI. We used the DVI port for the vast majority of our testing, connected to a Lenovo ThinkCentre M71e, with 1080p HDMI through a Dell Vostro 3560 notebook.

Our biggest gripe with the Kogan 27” LED monitor comes from the rather cheap look of its glossy black bezel and general design. The Kogan logo in the middle of the lower bezel is printed on rather than embossed, as are the labels for the monitor’s menu buttons, on the right side of the lower bezel. The bezel itself is two-tone with a brushed dark gunmetal below the glossy black, with a blue power LED.

The on-screen menu interface of the monitor is simple, but functional enough — six sub-menus covering all the standard video settings like brightness, contrast, horizontal and vertical screen position, and colour temperature with three presets and a custom mode with red/green/blue saturation settings. There’s an eco setting to optimise the screen for text or gaming, and a dynamic contrast mode that seemingly only serves to massively boost contrast to blow out highlight detail.

The Kogan 27” LED monitor has a glossy finish to the screen, reflecting plenty of ambient light — so you’ll need to boost the screen’s brightness to compensate. The lack of a detail-muddying anti-glare or matte coating does mean that the screen is able to show every pixel of its 2560x1440p panel clearly, and while there’s no sharpness setting in the on-screen menu we didn’t see any need for one — there’s no haloing on the most difficult-to-display high contrast areas like black-on-white text, but it’s as sharp as we have seen on other 27-inch monitors.

Being a LG-sourced IPS panel, and using white LED-based edge lighting, the Kogan 27” monitor has excellent contrast and colour performance. For best results, we set it to the Warm colour temperature preset, and disabled any eco or dynamic contrast features. Brightness at the monitor’s half-way point is more than bright enough for a fluorescent-lit room, and in direct daylight we only needed to turn it up to its factory default of 80. For movie watching in a darkened room, we’d lower it to around the 20 mark. Contrast at the mid-point of 50 is nearly perfect, although lowering it to around 40 does bring up a little more detail in dark areas at the cost of a tiny amount of overall highlight brightness.

For its $439 RRP, the Kogan 27” monitor has excellent picture performance. Gamers and video-watchers alike will be pleased with this display’s detail in both bright and dark scenes, with colours that are appropriately saturated and accurate enough considering the price tag.

There is little input lag with the Kogan 27”. We measured it to be imperceptibly close to the Samsung SyncMaster S27A850T, which is our current favourite 27-inch LED monitor. It does have built-in features that the cheapest eBay-special 27-inch monitors lack, too, like an input scaler and a headphone jack (for audio carried over HDMI). These features usually add input lag but on the Kogan their addition is not detrimental to performance.

Even in its most accurate Warm colour temperature preset, the Kogan 27” LED monitor is not especially colour-accurate. Greens and reds are slightly emphasised, and there is little option in the on-screen menu to accruately adjust the screen. This is the main difference between the Kogan display and a more expensive one like the Samsung — the ability to fine-tune colour settings for spot-on colour and contrast accuracy.

We don’t like the stand, and the design is a little plasticky, but the picture performance and detail of this Kogan 27” LED monitor makes it worth considering nonetheless. It’s reasonably cheap for a 27-inch, 1440p monitor, too, which makes it more attractive.