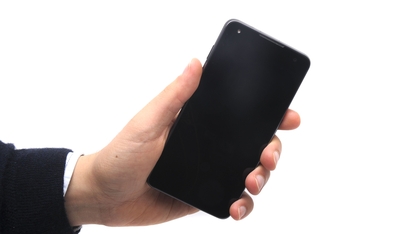 The Agora 4G Pro tops Kogan’s existing range of smartphones with a larger screen, higher resolution cameras and a more powerful processor. The online retailer hasn’t revealed the manufacturer of the 4G Pro, though BenQ is behind the Agora 4G and 4G+, and a listing on BenQ’s website makes a good case the Taiwanese company is behind the 4G Pro too.

A lot of the smartphone’s appeal stems from the quality of its 5.2-inch display. It has a high 1920x1080 resolution and it packs its pixels closer together with a 429 pixel-per-inch (ppi) density. For context, the rivalling smartphones from Motorola, Microsoft and ZTE have screens with a density hovering around the 294ppi mark.

Going one further is the use of an IPS panel for an almost 180-degree viewing angle and strong levels of brightness.

Inexpensive smartphones benefit the most from Google’s mobile operating system. The Agora runs a version of Android 5.0 Lollipop that is largely stock. Changes include the addition of Kogan’s app, a ‘close all’ button in the task manager and the ability to record phone calls, among others.

Keeping the software stock helps this smartphone compete against those that are more expensive. Most people could go from an S6 Edge — which is one of the highest rated smartphones on PCWorld — to the Agora 4G Pro and still have most of their needs met.

Beyond the plastic exterior of this smartphone is notable computing hardware. There’s a Snapdragon 615 processor, which is an octa-core arrangement composed of a 1.5GHz quad-core CPU and another 1.0GHz quad-core CPU. Also on board is an Adreno 405 GPU, 2-gigabytes of RAM, 16-gigabytes of internal storage and a microSD slot compatible with cards 64-gigabytes in size.

Most of the time the smartphone will handle the Android OS with ease, but an occasional stutter or a dropped frame proves revelatory of its price. Benchmarking the smartphone using 3DMark’s Ice Storm Unlimited test resulted in a score of 7523, and this is lesser than the ZTE Blade S6’s score of 8680.

Integrated into the body of the smartphone is a non-removable 2500 milliamp-hour battery. We spent only four days with the Agora 4G Pro at the time of writing — on account of it only being available for four days. The battery lasted 26 hours on average under light use, which included some phone calls, texting, emailing, web browsing and video streaming.

The quality of the cameras separate the 4G Pro from its Agora siblings. People who take photos solely to be viewed on a smartphone, or to be shared on a social network, will be happy with its performance. Photos are large, have strong colours and perform well in most lighting situations.

By no means are the cameras perfect. Out of focus parts in a photograph can be overexposed, though this problem is not nearly as bad as it on the cheaper Agora 4G or 4G+. Viewing the photos at native resolution reveals they are often grainy and soft on detail, while advanced shooting modes, such as taking panoramic photographs, underwhelm in detail and clarity.

The biggest problem with Kogan’s Agora 4G Pro is the design's lack of refinement. A lot of effort has gone into dressing the smartphone up, with its metallic colour and a brushed hairline finish. These small touches are enough to make it feel attractive for a short period of time, but in the end the crude use of plastic feels inferior. Those unphased by the build quality will get a powerful smartphone for a low price, but who is to say the smartphones from Microsoft and Motorola are any more expensive or any less powerful?