Kogan's Agora tablet is cheap, but frustrating and sluggish to use 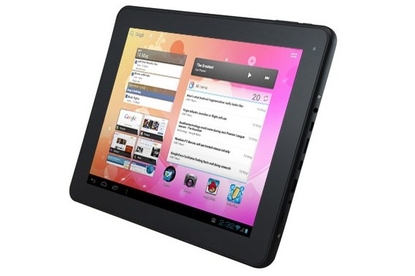 It might sound tough to be so critical of the Kogan Agora tablet given its low price, but there should be a fine line between cheap and functional. The Agora disappointingly tends to fall into the former category when it comes to the user experience. If you can't stretch your budget even slightly further and absolutely want an Android tablet, the Kogan Agora will do the job. It just won't do it very well.

Australian manufacturer and retailer Kogan calls its Agora 10in Android tablet the "best value tablet PC in the world". While there is no doubting its competitive price tag, using the Kogan Agora is largely a frustrating and sluggish experience that we find difficult to recommend.

When you first pick up the Kogan Agora, you will be hard pressed to tell that it retails for under $200. It looks somewhat similar to an iPad from the front, with only the lack of a home button, a slightly thicker bezel, and a different front-camera position giving it away. Both the bezel and the screen are far glossier than the iPad though, with fingerprints a constant menace.

Kogan lists a weight of 601g on the Agora's specification sheet, but it actually feels lighter than it is. The weight seems evenly distributed and the tablet is relatively comfortable to hold, especially with two hands. It's fine for single-handed use, too, though we found the edges of the bezel are a little sharp and can dig uncomfortably into your fingers. The back of the Agora tablet is finished in a matte black aluminium colour, which does well to hide fingerprints.

Though we can see the merits of identifying each and every port and button on the Kogan Agora tablet, we dislike the printed labelling on the back of the device that cheapens the overall look and feel. There's plenty of ports and buttons on the Agora starting with a back button and volume controls on the top, and a reset button (which needs to be pushed with the tip of a pen, or a paperclip) on the back. 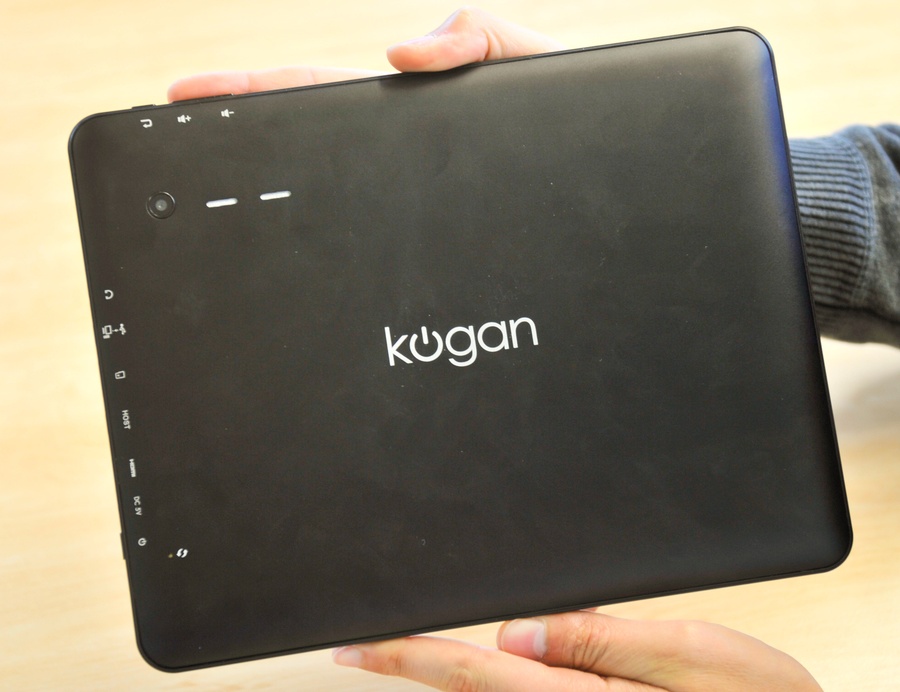 Kogan's branding is prominent on the back of the Agora tablet and all ports are labelled.

The right side of the Agora tablet is busy — there's a standard 3.5mm headphone jack, a micro-USB port, a microSD card slot, a micro-USB host port, a mini-HDMI port, a DC charger input and a power button.

There's nothing remarkable about the Kogan Agora's 10.1in screen but it's not a real weak point of this device. Viewing angles are reasonable, colour reproduction is passable and text is clear enough to read, even if it isn't as crisp as we'd have liked. The resolution of 1024x768 is hardly groundbreaking but at this price it's really tough to complain. The biggest issue with the Agora's display is that it isn't very bright, even at its highest setting. It's also ridiculously poor in direct sunlight and the panel is very reflective, often making the screen hard to see. The surface of the display feels a little sticky when swiping or scrolling and there's no automatic brightness setting, either. 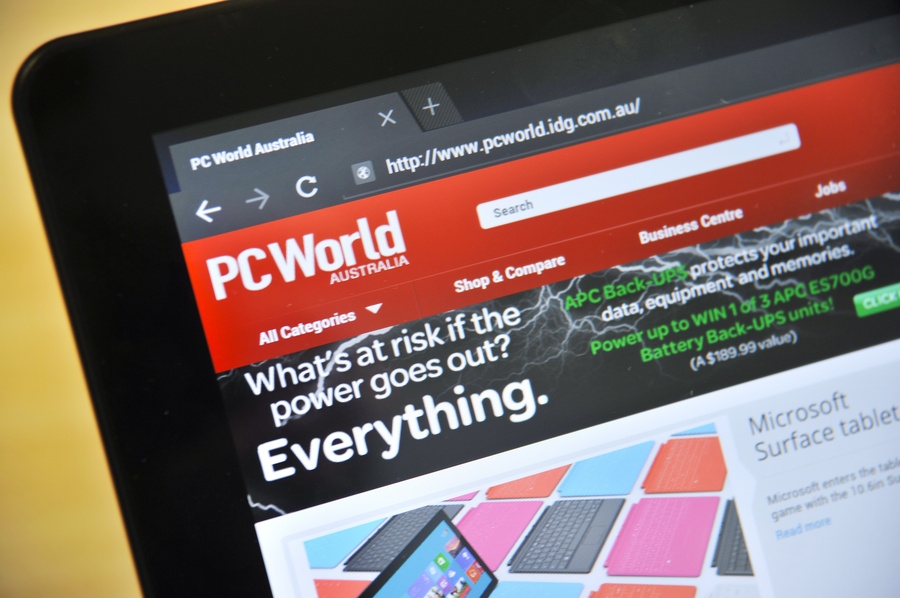 The screen isn't particularly bright but considering its price tag, the display is arguably one of the better features of the Agora.

Where it all goes wrong

So far, so good, right? Unfortunately, despite running a new version of Google's Android operating system, using the Kogan Agora tablet is a largely painful experience. It's tough to be critical at this price, but the Agora is best summed up in one word: slow.

The most noticeable slowdown is when using the Kogan Agora's default browser, which takes an age to load pages and then sputters along as you try and pinch the screen to zoom in or scroll down a page. While that is a big enough issue in itself, the lag in everyday tasks is more frustrating. Scrolling through home screens, swiping open the lock screen, opening and closing apps, changing settings and even typing using the on-screen keyboard are all frustratingly slow and laggy. The settings menu and the Google Play Store frequently crashed during our testing. We also found Wi-Fi performance poor, with the Agora only managing a single bar of signal in our office where most other devices manage four bars.

As you would expect, multitasking is also fraught with lag. The Kogan Agora can really only be used for one task at a time. For example, if you're downloading or updating an app and want to open another app at the same time, the Agora simply doesn't cope. Don't expect to play games on the Agora either. While lighter titles like Fruit Ninja and Angry Birds are compatible, the low frame rate and erratic performance makes for an unhappy experience. More taxing games, like Real Football 2012, simply don't work with the Agora at all and present you with the following message: "Your device is not compatible with this game. Please request a refund."

Despite a less than stellar user experience, there's a few things we like about the Agora's software. The on-screen volume buttons in the menu bar are a nice touch, given most of Ice Cream Sandwich's navigational buttons are on screen. We also like the lock screen shortcuts that appear when you tap the unlock slide button. These can't be manually edited but the Agora will display your most commonly used apps, which is pretty handy. Annoyingly, a shortcut to the home screen appears even though sliding to the padlock icon will achieve the same result. The Kogan Agora tablet also comes with a few useful pre-loaded apps, the most notable being the Aldiko book reader, Bluetooth file transfer, Documents To Go and a File Manager.

The Kogan Agora has plenty of ports on the right side, including a microSD card slot and HDMI-out port.

The Kogan Agora's microSD card slot combined with the HDMI-out port makes it quite a flexible tablet. You also get two micro-USB ports, the second allowing the connection of a USB host device like a portable hard drive or a USB stick. We had success transferring files to the Agora with a USB stick, but our portable Seagate hard drive didn't connect.

The Kogan Agora tablet comes with two cameras, a 2-megapixel rear camera and a VGA front camera for video calls. The less said about both the better. The rear camera takes truly appalling photos and is among the worst cameras we've ever seen on a tablet or smartphone. Thankfully, we've never seen any real use for the rear camera on a tablet, so this isn't a huge deal, especially given what you are paying for the Agora.The VGA front camera works for video calling apps like Skype and Tango, but the sluggish nature of the tablet means video is choppy and often unusable. 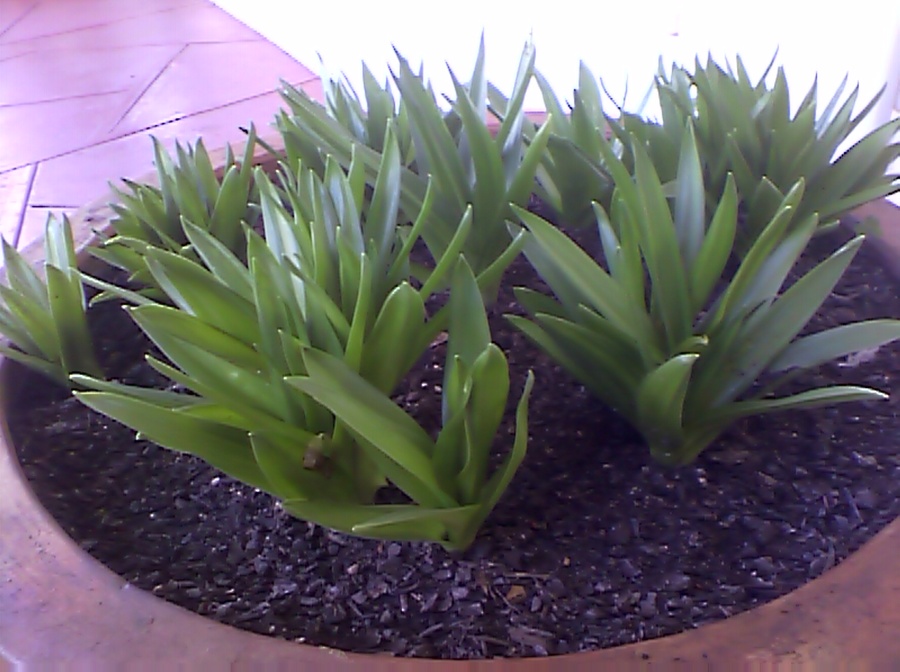 One of the better photos we managed to take with the Agora tablet.

Annoyingly, the Kogan Agora tablet won't charge through the micro-USB connection and needs to be charged using a supplied DC adapter. Speaking of charging, you'll be doing that quite a lot. Kogan claims the Agora tablet has a battery life of up to eight hours, but we could only manage a best figure of just over three and a half hours. Keep in mind that you should manage slightly more if you keep the brightness turned down.