Is it worth playing this stealth classic in 3D? While you should have a version of this game somewhere in your collection, the PS2 game - if you could find in a garage sale somewhere- and the HD version is far superior. This game is really only for people without either of those consoles.

Not long ago Konami released Metal Gear Solid HD collection; an amazing value package that brought some of the best stealth games ever together in luscious HD for the first time. Not content with that, Konami has now ported one of the games in that HD collection, Metal Gear Solid 3: Snake Eater to the 3DS. It’s arguably the finest moment for the series, in terms of plot, level design and action, but is it worth buying an entire game again for that 3D effect?

Well, no. If you have a PS3, then don’t bother with this game. The 3D does add a slight boost to the cinematic quality of the game, but the HD version does it on a bigger screen. And, while the game was rebuilt for 3D, it remains at core a game that wants to be 2D; the extra dimension to the screen doesn’t add anything to the actual game.

In fact, when Kojima tries to use his trademark cleverness, this game becomes decidedly sub-par. One of the game’s settings will take out the 3D effect entirely when Snake aims his gun through the first person camera.

It’s clever in the sense that it’s a neat visual trick to simulate the flatness that an environment gets when you close one eye to aim down the barrel of a gun, but in practice it’s a jarring effect that can be momentarily physically disorientating.

Then there are the controls. Unless you’ve got that ugly Circle Pad Pro attachment for the 3DS hardware, Konami has essentially rammed a game that has been designed as a dual-stick game into a single-stick game with four face buttons to aim with. 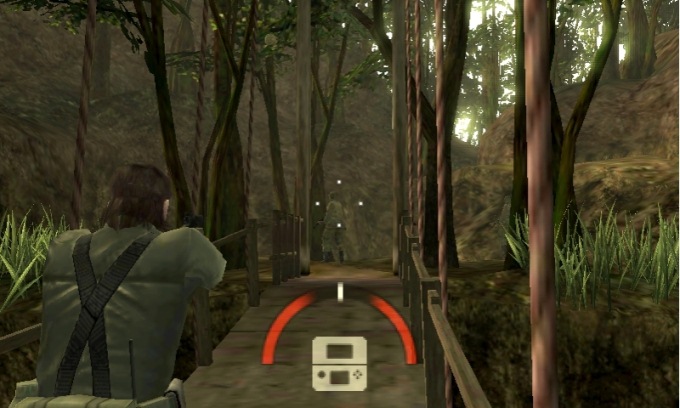 Example of the aiming system.

Now, while Snake Eater isn’t the most action-packed game around, for those few moments when fast and precise aiming is required, replacing the second analogue stick with the 3DS face buttons is a terrible alternative. There should have really been a way to move the gun aiming to the touchscreen for those action moments.

All that aside, the game is still a genuine classic, and there is a certain thrill to sneaking around through 3D grass. The game takes popular cold war mythology and wraps it up with a fun fantasy of mobile nuclear tanks and offbeat dialogue so overblown that only a master of the B-movie form could pull it off with such style. There’s a firm sense of humour about the game, right down to the way Snake and his enemies move around, and the cutscenes are suitably epic in scope. 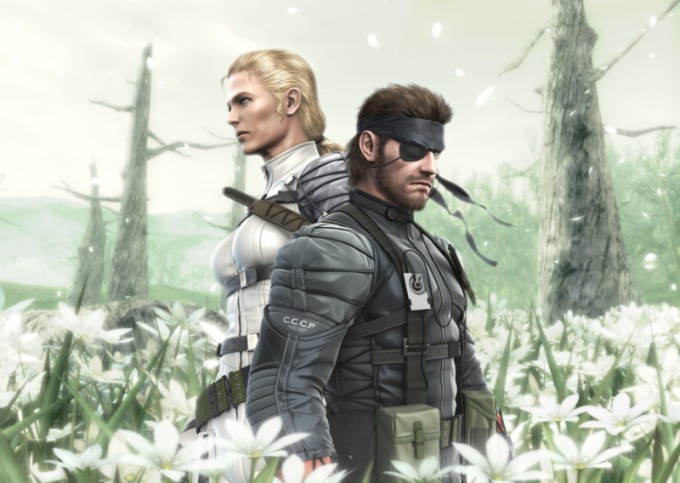 Solid Snake looking tough even among a sea of flowers.

But be aware that this is a game that has cut scenes for up to 40 minutes long. Given the 3DS’ battery only lasts around 3 hours, you’ll want to keep that charger handy.

If you don’t have a PS3, then despite the premium price, this is a game that will repay its RRP. It’s also one of the most intelligent games on the 3DS to date. It’s just a pity that the 3D couldn’t do more to make this the definitive game it could have been.