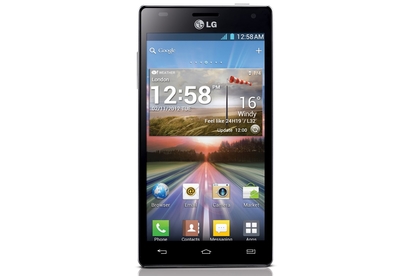 The Optimus 4X HD is the first LG smartphone that effectively competes with the best Android phones on the market. It may not offer anything above and beyond its rivals, but in most cases it performs just as well. LG's UI skin also adds some impressive features without completely ruining the interface.

LG traditionally hasn't fared well in the top-end smartphone market, with most of its popular models sitting in the low-to-mid range. The Optimus 4X HD, however, is the first LG smartphone that effectively competes with the best Android phones on the market.

The LG Optimus 4X HD doesn't leave a hugely positive first impression, but it's a phone that will quickly grow on you the more you use it. The Optimus 4X HD is a large device but at 8.89mm thin it is certainly not chunky. The device is constructed largely from solid feeling plastic and the design is very rectangular, unlike the curved, rounded shape of the Samsung Galaxy S III, for example.

LG has added some nice design touches to the Optimus 4X HD, including two chrome strips that run all along the edges, an etched LG logo on the back and a back cover with raised ridges. The surface of this back plastic feels rather like thick leather and it makes the phone easy to grip. Build quality feels solid, with no creaks or rattles when the casing is pressed. However, the back cover requires barely any force to remove and if pressure is applied to the rear of the phone it does feel a little hollow. This is especially strange since the cover houses the NFC (Near Field Communications) chip. 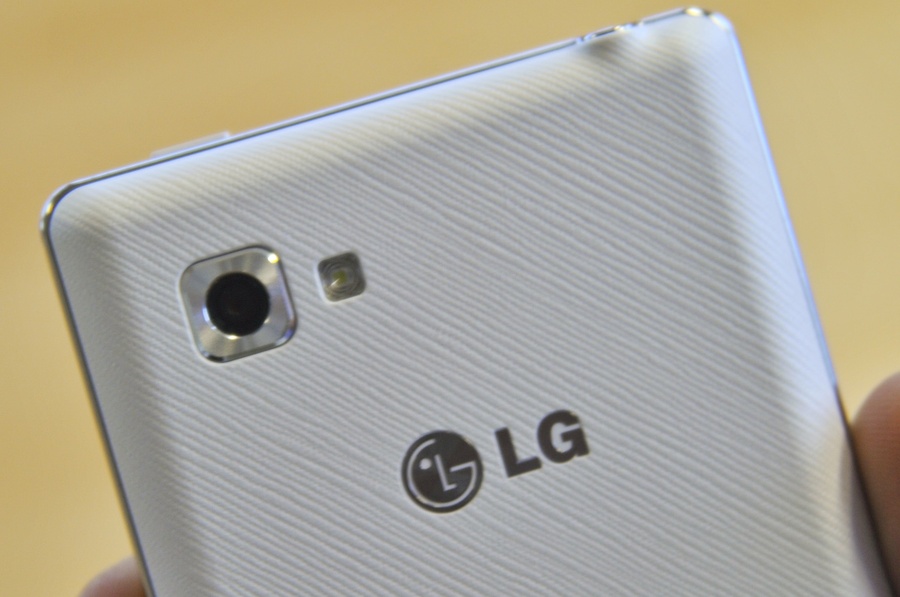 The surface of the Optimus 4X HD's back plastic feels a little like thick leather. It makes the phone easy to grip and gives it a distinctive look.

Below the Optimus 4X HD's screen are three capacitive buttons (back, home and menu) that are hidden when the backlight is off. The keys are responsive when pressed and the soft white backlight looks excellent, particularly on the all-white model we reviewed. We like the well positioned power button on top of the phone, but LG's volume control keys on the left side aren't the most comfortable. They aren't raised enough from the edge of the phone and are poorly placed for single-handed use with your right hand. On a positive note, the volume buttons aren't easy to accidentally press like many other Android phones.

Perhaps the worst design decision on the LG Optimus 4X HD is the position of the speaker. The two small grills on the back, in the bottom left hand corner, are simply too easy to cover with your hands when holding the phone. When this occurs the sound from the speaker is muffled and the volume is significantly lowered. 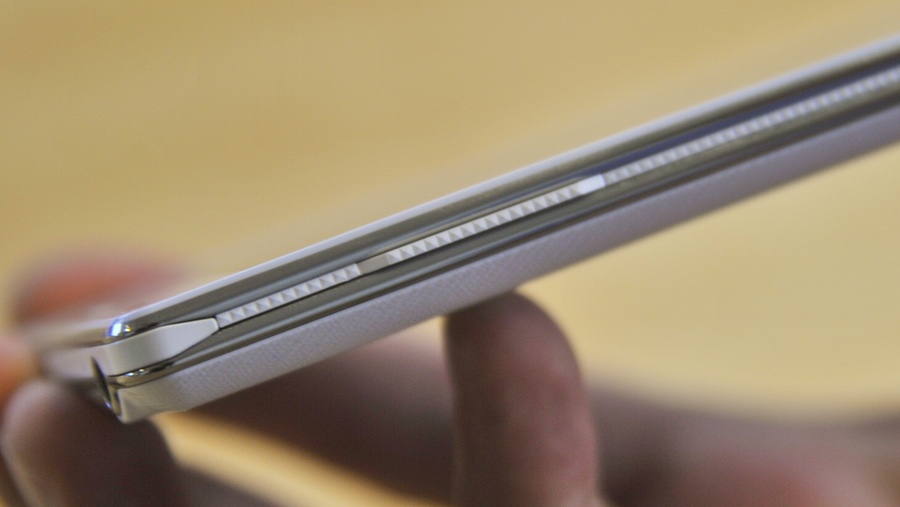 The volume control keys on the left side of the Optimus 4X HD aren't the most comfortable and are poorly placed for single-handed use.

The LG Optimus 4X HD has a 4.7in IPS display with a resolution of 1280x720 and it's one of the best features of this phone. This is the same resolution as most of its rivals that have already hit the market, including the Galaxy S III and the HTC One X. The impressive pixel density of 312 ppi (pixels per inch) means text is crisp and clear, while excellent brightness levels, good colour and outstanding viewing angles are also notable. The Optimus 4X HD's screen isn't as bright or vivid as the One X, though no other phone on the market is, either. It also lacks the vibrant colours of the Super AMOLED panel of the Galaxy S III, though some users may prefer its more natural look.

Our only real complaint with the Optimus 4X HD's screen is that the display panel itself appears as though it's set lower into the phone's body than many other smartphones. There's also a noticeable black border around the screen which further gives the impression that the panel could have been moved up closer to the surface. Neither of these issues will affect or have an impact on most users, though those with an eye for detail will definitely notice.

The LG Optimus 4X HD runs the 4.0 Ice Cream Sandwich version of Google's Android platform, but is skinned with a new LG user interface. The good news is that this interface overlay adds plenty of new features, many of which actually add to the overall user experience.

Swipe down the notification bar on the Optimus 4X HD, for example, and you will get quick access to four completely customisable toggles called quick settings. You can add and edit a range of toggles here including Wi-Fi, Bluetooth, NFC, sound profiles and screen brightness. LG includes a vast number of settings for the home screen. There's the ability to change the theme, choose a different swipe animation and backup and restore your home screen configuration. The latter is a really worthwhile feature in case you ever need to restore your phone to its factory settings and want to keep your home screen layout. 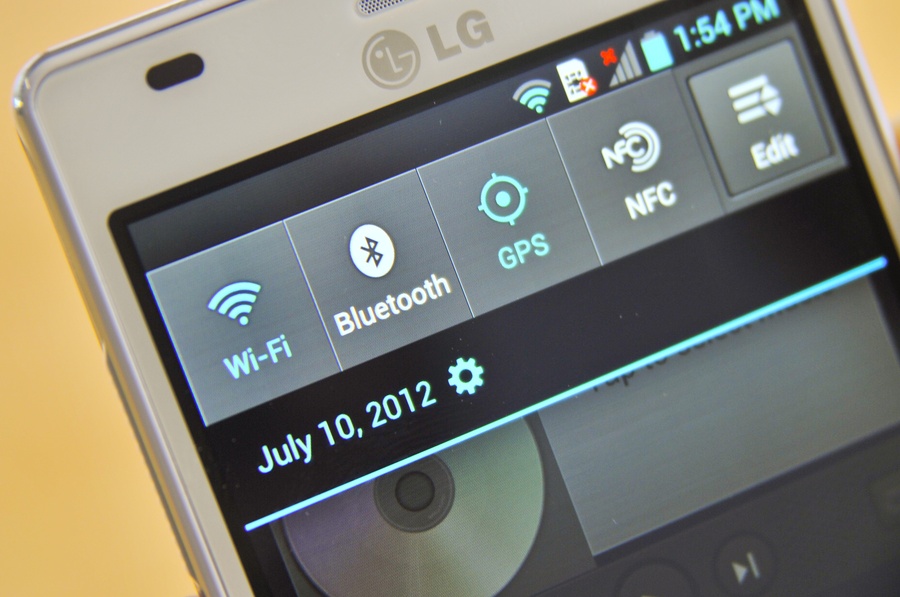 If you don't like an app icon on the Optimus 4X HD's home screen, you can long press on it to edit the icon. LG preloads four sets of icons on the phone. None of them took our fancy, in fact most of them are plain hideous, but the option is there if you want to tweak it. We also like the app drawer, which LG sorts into three panels, apps, downloads and widgets. There are some good options in here, including the ability to fit five icons across the screen instead of the usual four.

We also love LG's lockscreen. When you put your finger on the screen to swipe and unlock it, a circle appears and gradually gets larger as you swipe. The circle is translucent and reveals the screen you're swiping into. It doesn't add any real functionality, but it certainly looks impressive. You can also choose one of five different clock and calendar widgets to display on the lock screen and assign any four shortcuts to immediately swipe into.

Although LG's skin on the Optimus 4X HD adds plenty of functionality, we aren't a fan of its overall look and feel. It strays well away from Android's standard roboto font and dark, Tron-like colours. There's definitely evidence of the stock Ice Cream Sandwich user interface in some apps, like the contacts menu and the music player, but most are an assortment of lighter colours and cartoon-like icons which aren't particularly attractive. 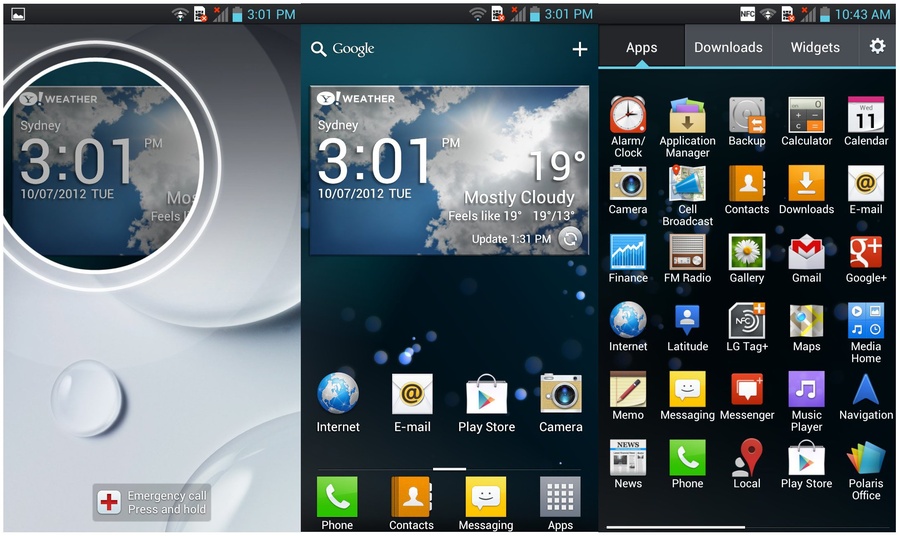 LG has pre-loaded the Optimus 4X HD with a few extra apps, most of which are useless. Thankfully, the likes of LG's SmartWorld app store can easily be uninstalled. We do like LG's memo app though, which allows you to draw or write on the screen with your finger then save the image as a screenshot. If you use this feature often, you can add it to the quick settings panel on the notifications screen.

Other notable options on the Optimus 4X HD include the excellent quiet time feature that enables you to set times to turn off all sounds, and a range of gesture options like flipping over the phone to snooze or stop the alarm, mute incoming calls and pause video playback. Annoyingly, LG has replaced the default ICS keyboard with its own. It's a better effort than most manufacturer keyboards we've reviewed, but we would have preferred the option to switch to Google's stock keyboard. 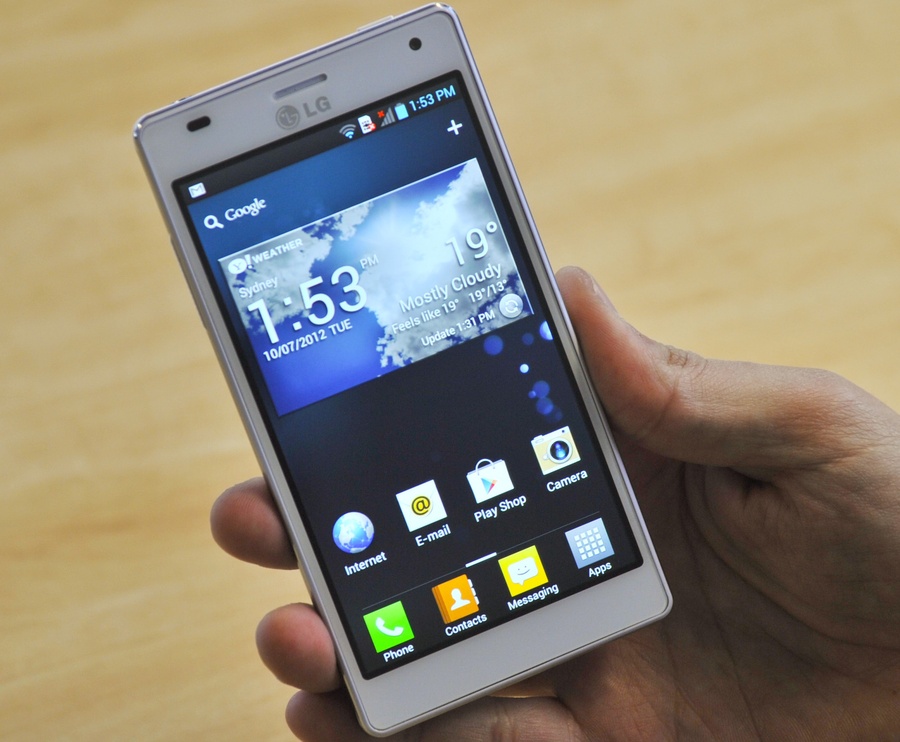 Many of LG's previous flagship smartphones suffered from software and performance issues. The Optimus 4X HD is the first top-end LG phone we've reviewed that offers outstanding performance. There is no evidence of lag during day to day use of this handset, aside from Android's common caveats like being slow to rotate the screen and zooming in on Web pages in the browser. LG's launcher is fast to scroll through home screens, apps open almost instantly, and the Optimus 4X HD handles most games, including graphically intense titles like GTA III, with ease.

The LG Optimus 4X HD has an NFC chip and is therefore compatible with LG's NFC + tags. Two of these tags are included in the box and allow you to touch your phone against a tag can enable it to activate various settings. The tags include activate preset settings for "office mode" and "car mode" though you can customise these as you like using the preloaded LG Tag+ app. The tags are a handy, if not groundbreaking feature and are a good example of infant NFC technology being put to real world use. 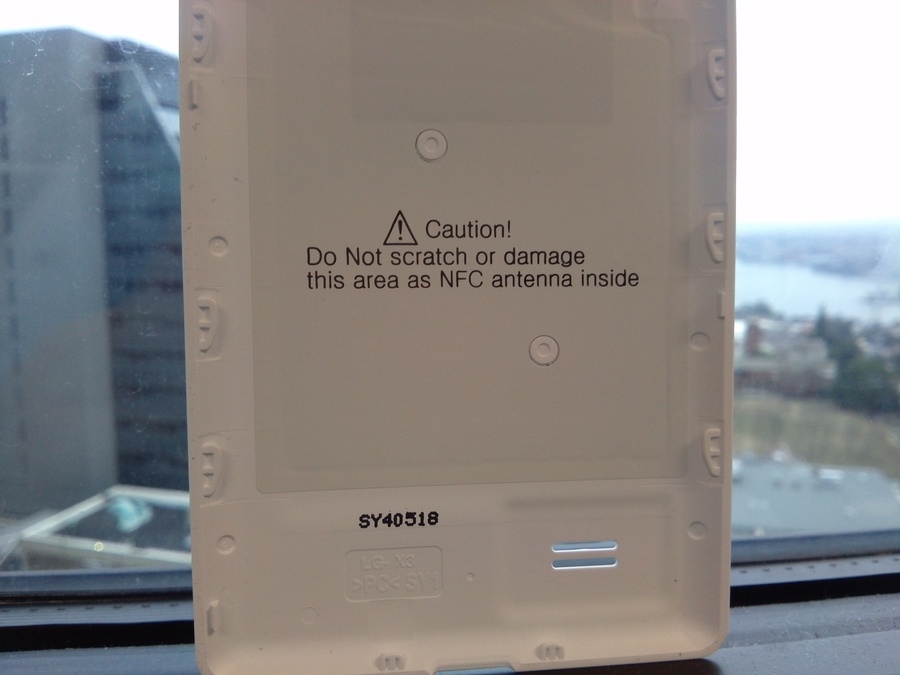 The NFC chip is hidden in the battery cover of the Optimus 4X HD, as shown above. This image was captured with the phone's camera.

The Optimus 4X HD has 16GB of internal memory but there's a microSD card slot behind the back cover for extra storage. The phone has an 8-megapixel camera with a backside illumination sensor and a 1.3-megapixel front facing camera for video calls. Both are serviceable, but images captured do suffer from excess image noise and aren't quite as sharp or detailed as some other camera phones on the market, particularly the excellent One X, the iPhone 4S and the Galaxy S III. We also found video recording frustrating due to a very erratic autofocus system.

LG says that the Nvidia Tegra 3 processor used in the Optimus 4X HD utilises a low-powered fifth core to preserve battery life, but the Optimus 4X HD often struggled to last a full day during our testing. The best we managed was about 14 hours, which is fair but far from outstanding. You may achieve more if you tweak the power saving settings but the Optimus 4X HD does use plenty of juice.

LG hasn't officially launched the Optimus 4X HD in Australia, but you can purchase it outright and unlocked through online store MobiCity.