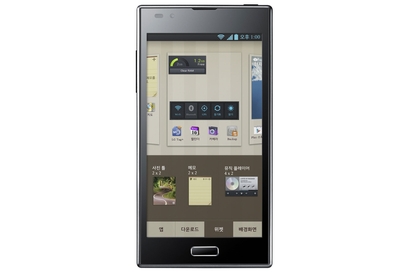 LG's Optimus LTE2 is the first Android smartphone to include 2GB of RAM. It also comes with a 4.7in HD screen and wireless charging capabilities. Fingers crossed we eventually see it in Australia.

LG hasn't traditionally faired well in the high-end smartphone market, but that certainly isn't due to a lack of trying. Its latest effort is the Optimus LTE2, the first Android smartphone to include a whopping 2GB of RAM.

LG has a history of equipping its top-end smartphones with the very latest technology. It was the first smartphone manufacturer to produce a phone with a dual-core processor — the Optimus 2X — and was also first with a quad-core powered smartphone, the Optimus 4X HD. It has now switched the focus from processor to RAM with the LTE2. (In case you haven't realised, the "2" in the name obviously refers to 2GB).

RAM aside, the biggest attraction of the LG Optimus LTE2 appears to be 4G LTE connectivity. LG hasn't finalised specifications for the device, which is currently only scheduled to launch in Korea. However, if it does launch in Australia it will most definitely work on Telstra's 1800MHz 4G LTE network.

The LG Optimus LTE2 comes with an 8-megapixel rear camera along with a 1.3-megapixel front camera for video calls and includes integrated wireless charging. LG says the inductive charging feature is compatible with any charger that uses the wireless standard. The phone comes with a 2150 mAh battery.

The Optimus LTE2 runs the latest Android 4.0 Ice Cream Sandwich software, though it appears to come with an LG UI overlay. Extra features include a burst mode for the camera and a voice recognition function that allows you to snap photos without pressing any buttons.

There is no official word on an Australian release, but the LG Optimus LTE2 should hit Korean shelves in June. LG plans to release at least four LTE smartphones in Australia by the early part of 2013, so its very plausible the LTE2 could be one of those.