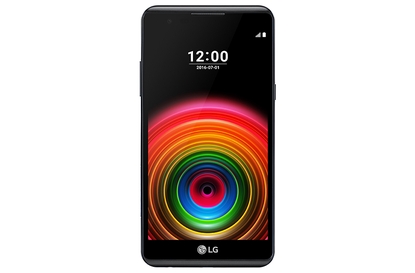 It’s called the X Power because it has a 4,100mAh battery which is the biggest on the market. The next largest is the 4,000mAh unit in the excellent Huawei Mate 8. Even the iPhone 7 Plus hits just 2,900mAh. The Samsung Galaxy S7 Edge is 3,600mAh.

Why start a phone review with the battery? Because it’s by far the strongest feature of this phone. It’s actually probably the only noteworthy feature.

While it ‘only’ costs $349, it still finds itself with serious competition at the low-end of the Android phone market.

The phone doesn’t look particularly cheap. The understated dark blue of the chassis and the full-width glass of the front are quite sophisticated. There’s no fingerprint reader unfortunately but otherwise there’s little to suggest this is a budget phone (at first glance). It sits well in your hand and doesn’t feel like it’s going to slip out. While the front screen uses the older Gorilla Glass 3, the light weight means that it feels less brittle than many competitors should it get dropped.

The screen isn’t the brightest or most colourful we’ve seen. Nor is it the highest resolution at only 720p. But it suffices for most tasks for undemanding users. The Auto Brightness feature is a complete clusterfail, though – expect to be manually adjusting brightness a lot.

In terms of speed it rarely felt slow when using regular apps. Games like Asphalt 8 and Pokemon Go could take a fair bit longer to load but once up and running they weren’t too bad – Asphalt’s 3D racing ticked along nicely although some Pokemon actions could slow down and get laggy. It wasn’t unplayable, but it wasn’t great.In Virtual Reality apps, things got very laggy quickly and the screen door effect was noticeable. Forget about VR with this phone unless it's for simply watching stereoscopic videos.

While the OS is the latest version of Android (Marshmallow), LG has installed some features over the top of it that we’d rather weren’t there. While features like backing up to LG’s own cloud might sound attractive to some, it gets in the way of using regular Google backup features. Furthermore, having a Close All button right next to the App Switcher icon could be infuriating for obvious reasons. But all in all, it’s not far removed from a stock Android system.