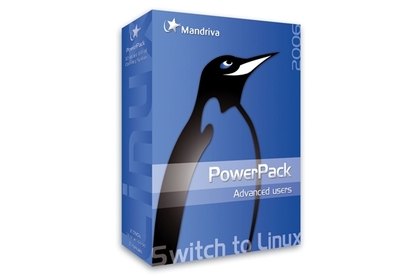 Mandriva 2006 will get the job done, but it doesn't sport any features that set it apart. Until Mandriva makes a serious DrakConf interface overhaul a top priority, the distribution's configuration toolset will be a big strike against it.

Mandriva Linux 2006 feels very much like a natural evolution of earlier Mandrake releases--in both good and bad ways. As we tested the PowerPack edition of Mandriva 2006, we were disappointed to find many of the same rough edges that drove us away from Mandrake still present in this new incarnation.

Mandriva Linux 2006 PowerPack will set you back US$85. The software comes on DVD and is bundled with two manuals; alternatively, you can download seven CD image files. We haven't seen the manuals; Mandriva provided software only for this review.

Also worth noting is the three-CD Free Edition, a cost-free download from the Community section of the Mandriva Web site. If you opt for that version, you'll be on your own to acquire and install non-Free niceties such as a Flash player, Java, closed-source 3D video drivers, and so forth--all of which come with the paid version.

Mandriva 2006's installer won't ask you any scary questions about your hardware. Gnome 2.10 and KDE 3.4 are both offered, and the default desktop configuration for each is clutter-free and attractive. Plug in a digital camera, and the system asks whether you want to import your photos. Pop in a USB memory stick, and an icon for the device appears on your desktop. And so on.

It's a sign of how far desktop Linux has come that we are no longer pleasantly surprised when we encounter this sort of friendly functionality - these days, we expect it. So in most ways, Mandriva 2006 is very similar to the other desktop Linux distributions we've played with over the past year or so. Even with its faults, this product delivers a much better desktop experience than what any Linux vendor provided two short years ago.

But as to those faults: They begin with the installer, and they are old problems. When we used Mandrake, we frequently had issues with the installer locking up, or sometimes completing its work but leaving us with a broken installation. Our first Mandriva 2006 installation attempt failed, complaining that several files were unreadable on disc. When we booted to the desktop, no applications were available.

The second installation attempt from the same set of discs did eventually work; towards the end of the routine, though, the program seemed to hang. The installer told us that only 10 seconds remained in the process, then sat there for more than 4 minutes, doing who knows not what, seemingly frozen. It finally told us that we were through and could press "Return" to reboot into Mandriva Linux. (Return? Every PC keyboard we've ever seen has an Enter key, not a Return key.)

Attention to detail has never been a Mandrake/Mandriva strong suit. For example, at one point the installer prompted us with the message "When sure, press Ok"--and the only buttons visible on screen were labeled "Previous" and "Next." You should also prepare yourself for some rough translations from Mandriva's native French, like "How to maintain your system up-to-date?"

The rough edges carry over onto the desktop itself--especially regarding the Mandriva Linux Control Center, which is sometimes referred to as such, other times referred to as DrakConf. (You'll find the clumsy and outdated "Drak-" prefix, as well as the "-drake" suffix, scattered throughout the distribution.)

DrakConf is not nearly as comprehensive as its SUSE counterpart, Yast; and its interface needed a re-think years ago. By today's standards, it seems downright backward. Control Center modules are accessed via icons that bear such labels as "Select from where software packages are downloaded when updating the system," "Manage hosts definitions," and "Enable autologin and select the user to automatically log in."

There are more bummers. By default, Mandriva installs version 1.1.5 of OpenOffice.org. If you prefer a very late prerelease version of OpenOffice.org 2.0, use Rpmdrake (labeled "Look at installable software and install software packages" in DrakConf) to install the openoffice.org-go-ooo-2.0 package, along with openoffice.org-go-ooo-gnome or openoffice.org-go-ooo-kde, depending on your desktop of choice. A different entry point to Rpmdrake ("Look at installed software and uninstall software packages") can be used to hose the 1.1.5 packages. But the less said about Rpmdrake, the better. It made us yearn painfully for Synaptic, Ubuntu's package manager.

As we mentioned, the PowerPack edition of Mandriva installs Flash, Java, and RealPlayer, but only the first two of these are properly configured to work in Mozilla Firefox, the default browser. In fact, we couldn't get any form of streaming video to play in our browser. Linspire apparently remains the only Linux distribution to handle most forms of streaming video right out of the box.

We installed both the Gnome and KDE desktops, and had no issue with broken desktop icons or bleed-through from one desktop to the other, as we experienced with SUSE 10.0 last month. We tried both desktops' standard means of accessing the Windows network here at the office, and each failed. (With SUSE 10.0, network browsing worked out of the box with both Gnome and KDE.)

With a sigh we fired up DrakConf, looking in the "Network & Internet" category for a Samba configuration tool. (Samba is the system component that talks to Windows networks on a Linux box.) We didn't find one. Ultimately, we ran across "Manage configuration of Samba" in the "Mount Points" section of DrakConf. We fiddled with settings, but met with no success.

In short, the Mandriva Linux experience just doesn't have the solid, polished feel we've come to expect from desktop Linux. If you're looking to buy a copy of Linux in a cardboard box, we still recommend SUSE 10.0 (for geeks) or Xandros Desktop (for newbies). If you don't need manuals and you have a blank CD to spare, Ubuntu Linux remains our top pick for both geeks and newbies; it also remains our favorite Linux ever.

Mandriva 2006 will get the job done, but it doesn't sport any features that set it apart. Until Mandriva makes a serious DrakConf interface overhaul a top priority, the distribution's configuration toolset will be a big strike against it.

We now have Ubuntu Linux working perfectly on my factory-refurbished ThinkPad X31. The discovery of the month is that a working version of NetworkManager, a fantastic Wi-Fi controller applet developed at Red Hat, is available in the Universe package repository for Breezy Badger, the current release of Ubuntu.

You can use Synaptic to download and install the package, or just issue sudo apt-get install network-manager from a terminal window. Run "nm-applet" to add NetworkManager to your Gnome panel, and you're off to the races. All available Wi-Fi connections will be listed in NetworkManager's drop-down menu; click any of them to connect. NetworkManager will remember what networks you tend to connect to, and will latch on to them whenever they are in range. At long last, Wi-Fi control on my Linux notebook is as easy as it is on a Windows notebook - perhaps even easier. If you're using Wi-Fi on a Gnome desktop, you owe it to yourself to install NetworkManager.