McAfee Application Control 5.0 is the result of McAfee's acquisition of Solidcore 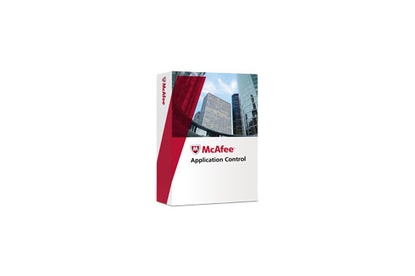 Just as whitelisting may be finding a receptive audience, a number of whitelisting solutions are proving to be mature, capable, and manageable enough to provide significant protection while still giving trustworthy users room to breathe. McAfee's whitelisting protection for Windows, Linux, and Solaris is a good example of this: short on nothing but shortcomings.

Note: Pricing for this product is subject to resellers' discretion, so prices will vary within Australia

McAfee's whitelisting protection for Windows, Linux, and Solaris is a software tool that allows network admins to restrict users' ability to mess up their own PCs - McAfee Application Control 5.0.

Last year, the number of unique malicious programs and variants that were created outstripped all the legitimate software published in the world, straining the accuracy of antivirus solutions like never before. It's a disturbing fact that suggests whitelisting is now more suitable as a primary security defence than traditional antivirus scanners, which are really nothing more than blacklisting programs. Enter, products such as McAfee Application Control.

McAfee Application Control 5.0 (due out December 15) is the result of McAfee's acquisition of Solidcore and the integration of Solidcore S3 Control with McAfee ePolicy Orchestrator (ePO). McAfee Application Control enjoys broad client support. It also boasts write protection and ownership protection of whitelisted files, good reporting and alerting, and no significant cons.

McAfee Application Control 5.0 can enforce whitelisting policies on Windows NT 4 through Windows Server 2008 (Windows 7 support is forthcoming), Suse Linux 9 and 10, Oracle Enterprise Linux, Red Hat Linux 3 through 5 (and CentOS), and Solaris 8 through 10. Its precursor, Solidcore S3 Control, is in use on thousands of client nodes and is deployed on more than 250,000 ATMs.

Protected PCs are considered "Solidified", a term that harkens back to the product's Solidcore days. The client interface is minimal, consisting of command-line instructions and parameters. Clicking an icon on the client desktop, called the McAfee Solidifier Command Line, gives access to all the Solidifier console commands, which allows a user to control everything an administrator could from within the ePO management console. Of course, ePO configurations can prevent local commands from working.

What McAfee Application Control 5.0 may lack in client interface it makes up for in overall functionality. It can allow or deny program executions by file name, SHA-1 hash, path rules, and digital certificates. McAfee's solution allows or denies individual scripts or files of any type, although configuring these policies takes extra steps.